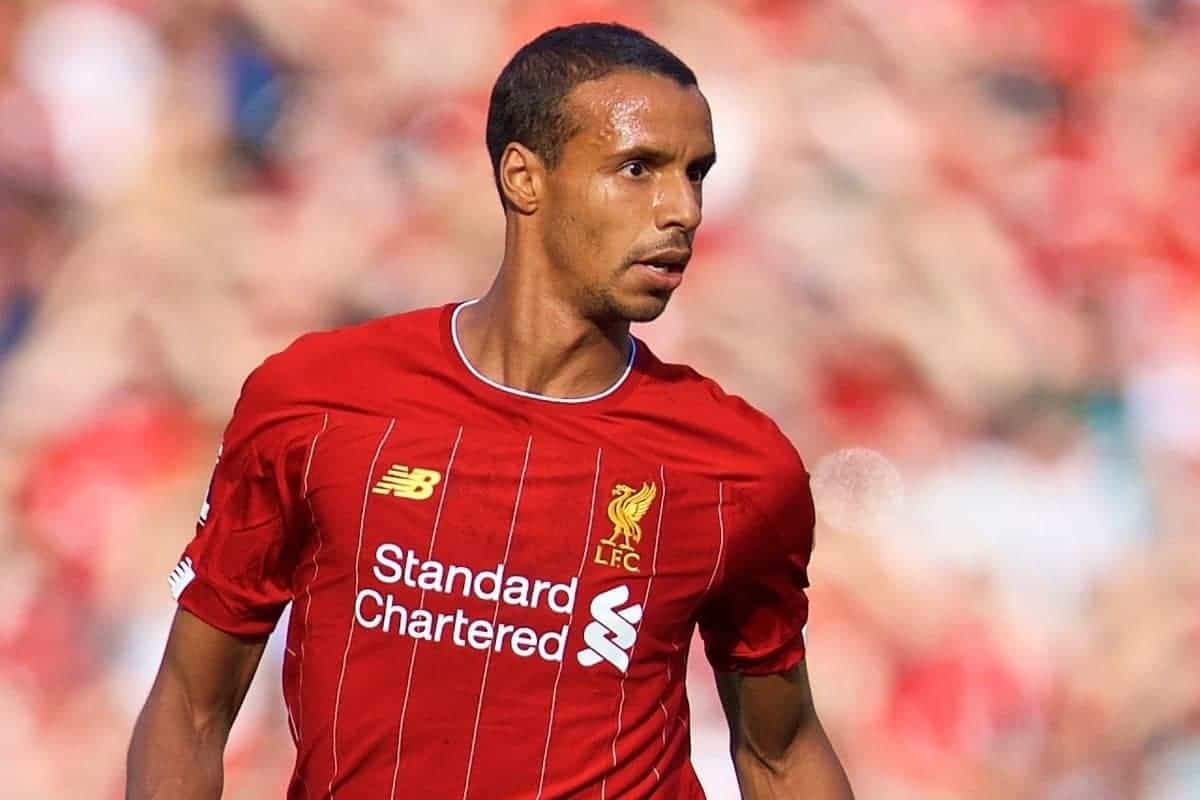 Jurgen Klopp has confirmed that Joel Matip is facing an extended spell out, suggesting the injury has not healed as well as first hoped.

The Cameroonian defender has been missing since the draw with Man United—the Merseyside derby against Everton will be the 10th fixture Matip has been absent for since then.

Klopp addressed the No. 32’s injury in his pre-match press conference and didn’t sound hopeful on a return for the defender any time soon.

“It’s healing but not exactly how we wished for, so he needs a bit more time so that will take a while.”

There was, however, more positive news regarding the various knocks, issues and illnesses which have been around the squad of late, with Klopp confirming everyone else was available apart from Matip, Fabinho and fellow absentee Nathaniel Clyne.

“The long-term injuries are not in but all the others are fit and available.”

That means Naby Keita should be recovered from illness, while Xherdan Shaqiri appears to have suffered no further setbacks after his recent return to the squad.

For Wednesday night’s derby, it seems likely that Dejan Lovren will continue to partner Virgil van Dijk at the back, with the first-choice full-backs also in place.

The big decision for Klopp will once more come in midfield, where he must decide between Gini Wijnaldum and Jordan Henderson as the deepest player, and whether to recall the likes of James Milner.

In attack it’s likely to be the big three who start, though this game last year was of course where the Divock Origi revival all started.

The one other absence not noted by Klopp comes in goal—where Adrian will stand in for the suspended Alisson, with Caoimhin Kelleher likely to be on the bench.