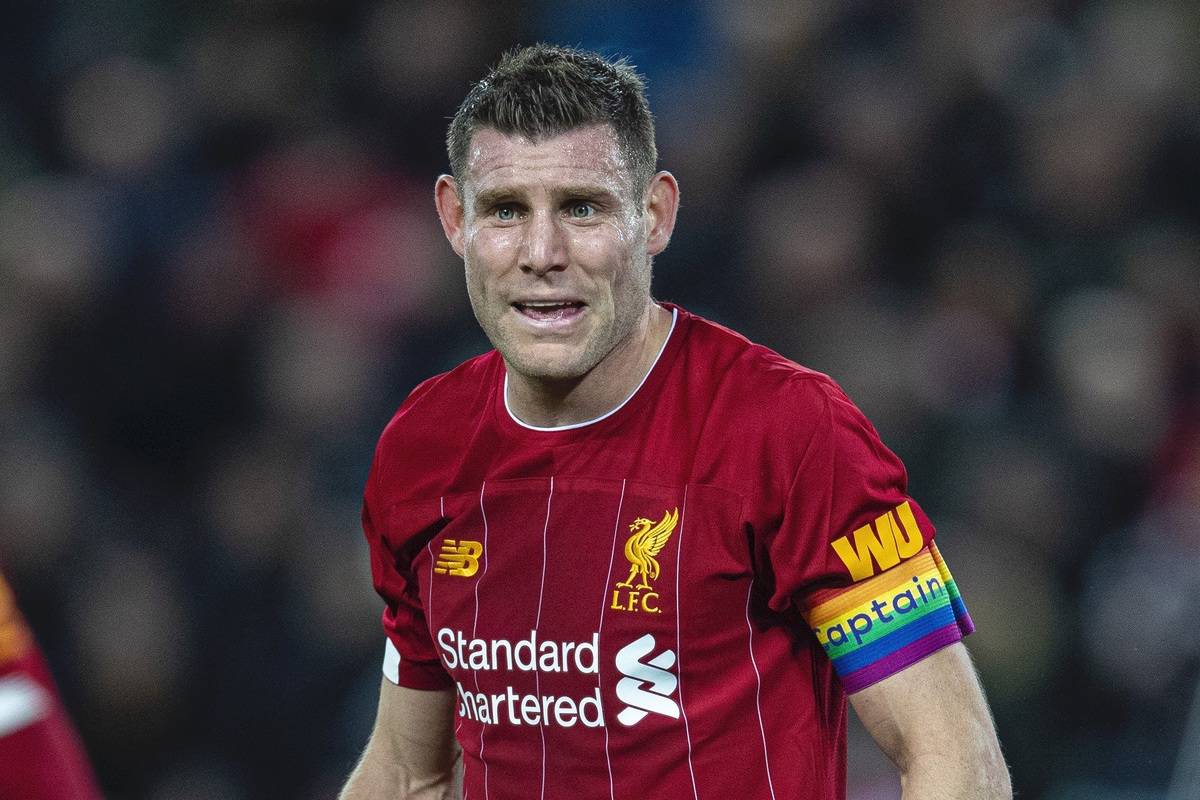 James Milner has signed a new contract at Liverpool FC, continuing the feelgood factor around the club and extending his stay at Anfield until 2022.

The experienced midfielder, who is the only member of the current squad to have previously won the Premier League title, has extended his stay with a new two-year contract despite turning 34 next month.

Milner’s previous deal was due to expire next summer and there had been talk of him returning to his boyhood club, Leeds United, if they were to gain promotion back to the top flight.

The proud Yorkshireman is just two appearances short of his 200th appearance for Liverpool and has scored 25 goals for the Reds in his 198 games so far.

Signed on a Bosman free transfer from Manchester City in 2015, Milner has continually proven critics and doubters wrong during his time at Liverpool, earning his place among Jurgen Klopp‘s squad.

The manager, who also penned a new contract on Friday morning, has frequently spoken of the player’s importance in the dressing room and now this latest contract extension is further proof of that. 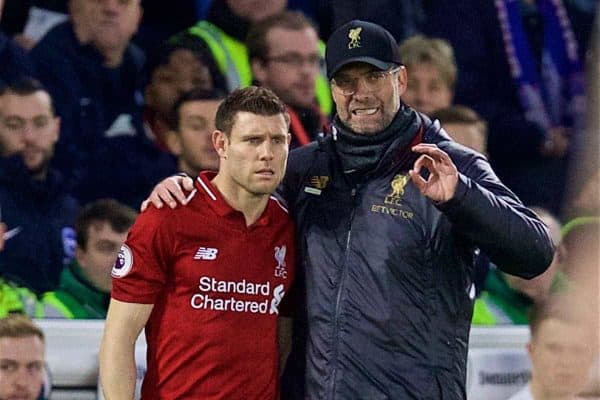 “He is a big voice in the dressing room and someone all of the players look up to and respect,” said Klopp.

“He is our vice-captain and obviously one of the big leaders in our squad. He is just as important to us off the pitch in the dressing room as he is on the field, and that tells you everything as he is a big, big player for us.”

Milner will be 36 when his contract expires, but he feels he has plenty more to offer.

“I’ve been lucky and privileged to play for this club for four-and-a-half years now, it has been an amazing time seeing how the club is changing and developing,” the Reds’ No.7 told the club’s official website.

“I just enjoy coming into training every day, working with this group of players, this manager and coaching staff, and being part of this football club.

“We had discussions with the club and this was obviously the ideal for me, this was what I wanted to do – stay and play at the highest level as long as I can.

“Liverpool is an unbelievable place to be and we’re a very, very good football team and hopefully we can keep improving.

“Obviously the gaffer waited to sign his dependent on whether I signed mine, so that makes me a feel bit more important!”

“One of my favourite things about Millie, of which there are many, is he is genuinely still improving all the time as a player,” praised Klopp.

“He is an exceptional player, professional and person.”