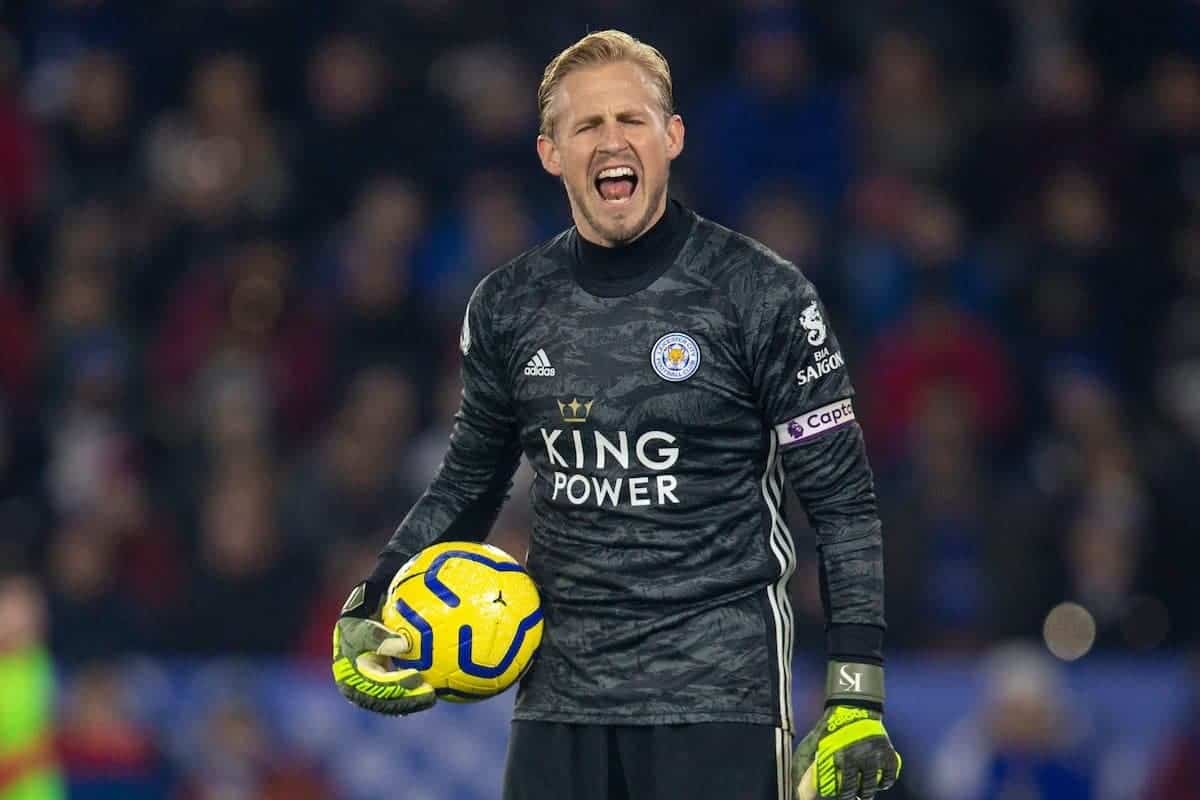 Kasper Schmeichel blamed Leicester‘s comprehensive 4-0 loss to Liverpool on a decision by referee Michael Oliver, despite being wholly outplayed.

The Reds produced one of their best performances in recent memory, less than a week after the Club World Cup final in Qatar, when they put four past the Premier League‘s second-placed side.

It was a dominant display from start to finish, decorated with a host of stellar individual showings from the likes of Trent Alexander-Arnold, Joe Gomez, Naby Keita and Roberto Firmino.

That it came against Liverpool’s closest challengers for the title was all the more impressive, though immediately after the game Schmeichel presented a bizarrely different view.

Speaking to Amazon Prime, the goalkeeper highlighted Oliver’s decision to award the Reds a penalty after handball by Caglar Soyuncu as Leicester‘s downfall, claiming “the referee had to make himself a hero.”

“I think [the result] was a bit tough. We were in the game until the referee had to make himself a hero, and from then on we lost our composure,” he said. 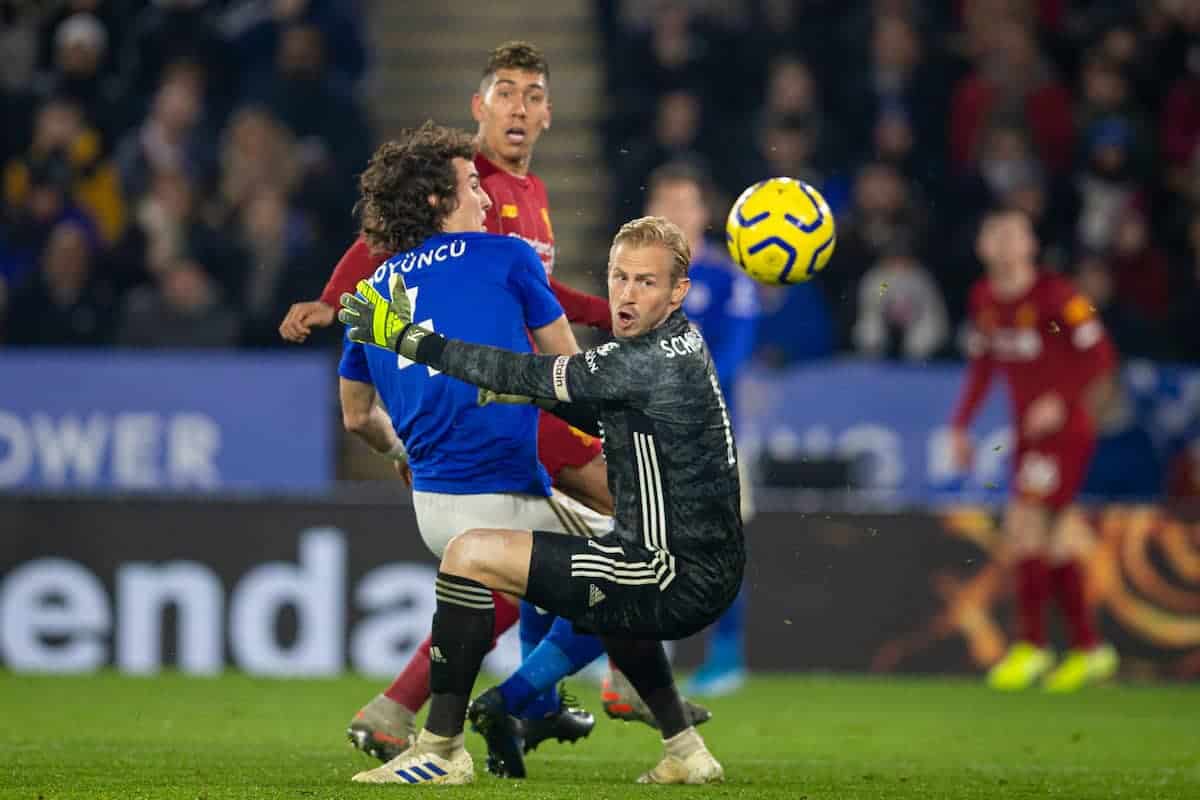 Asked later to elaborate on his take on the situation, Schmeichel insisted Oliver “was desperate to give it,” and though he evoked a familiar misgiving over the current handball laws, it was not a ‘clear and obvious error’.

“Listen, Dermot [Gallagher, ex-referee and pundit] will be on Sky saying ‘it’s a great decision, referee was brave’ or something like that,” he continued.

“But I don’t know what [Soyuncu] is supposed to do, his arm’s down by his side, it’s been flicked off someone at the front post, he’s got less than a millisecond to react. I don’t know how…

“Once he gives it—he was desperate to give it, it looks like—we are never going to overturn it.”

Schmeichel described Liverpool as “the best side in the world at the moment, along with Manchester City,” explaining that “they force you to play in a certain way [and] we haven’t been able to impose our game.”

This was particularly the case on Thursday night, and such was the Reds’ dominance that Schmeichel’s claim that the Foxes were “in the game” prior to James Milner‘s spot-kick made it 2-0 proves laughable.

That goal came in the 71st minute, and before that Liverpool had 59.5 percent of possession and made 11 shots on goal to Leicester‘s two.

The hosts had made four errors to the Reds’ zero, 34 clearances to 15, 11 blocks to three and Schmeichel made two saves to Alisson‘s zero.

By the end of the game, the Reds had 15 shots to Leicester‘s three, their possession majority reduced slightly to 59.1 percent and the scoreline was 4-0.

Jurgen Klopp‘s side certainly turned on the style at 2-0 up, with Firmino sealing his brace and Alexander-Arnold scoring the fourth, but there was no point in the game in which they weren’t in control.