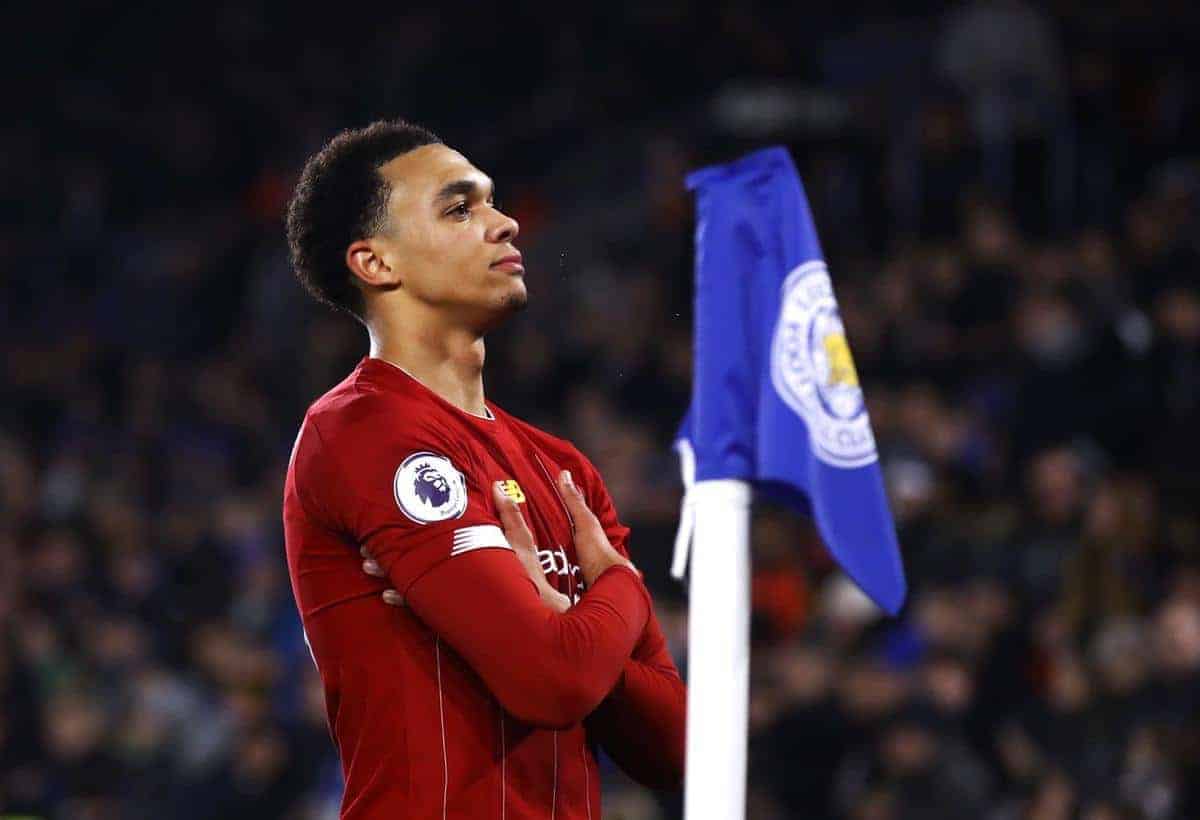 Trent Alexander-Arnold felt the Reds put in a statement performance as they beat Leicester 4-0 to move 13 points clear at the top of the Premier League.

The gap before kick-off was 10 points; by full time, double that amount would have been a more realistic assessment of the gulf between the Foxes and the Reds.

Roberto Firmino scored twice, both assisted by Trent Alexander-Arnold, while James Milner netted a crucial penalty. Trent himself then scored the fourth after being set up by Sadio Mane, as Liverpool blew away their second-placed opponents.

It puts Jurgen Klopp‘s team 13 points clear of Leicester, while Man City can close the gap a little—and move into second themselves—if they beat Wolves on Friday.

For now, though, the Reds can sit back and recover after a job very well done. 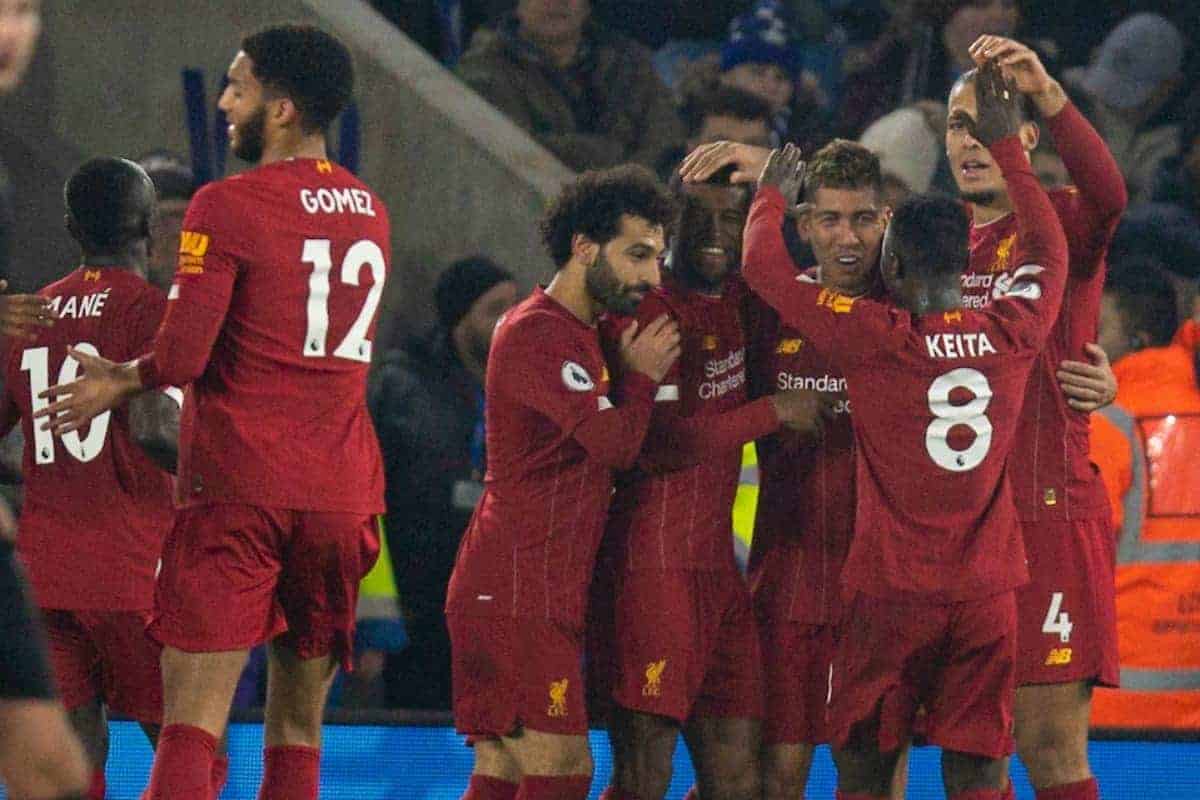 The star of the show was right-back Alexander-Arnold, who was near-perfect with his delivery, his consistency and certainly with his late strike.

Our No. 66 told Amazon Prime after the game that it was a big display in a big game, and noted that despite his strike helping to send the Reds well clear, standards must not drop:

“We played really good football after all the travelling and intense period, yes it is the best performance of the season.

“We controlled it, to get four goals is something to be proud of.

“I don’t get on the scoresheet too often. I saw the space from Sadio Mane‘s pass and thought, ‘hit it first time’…[it’s] good to get the goals, the three points is what we came for. We are made up.

“You don’t really think you will be 13 points [clear] but we are happy to be in this position and we will not take it for granted. This is the Premier League and anything can happen.”

He wasn’t alone in preaching the continued message of focus and determination.

Sub Milner scored with his first touch after coming on, but pointed out to Amazon that Liverpool could even have scored more:

“I think it was important to start well, we knew they would be fired up.

“In the first half we weren’t as clinical as we could have been but it was a great performance and to get the number of goals was pleasing. [It was] a good, solid performance.

“It was a big penalty. We had had a few chances and they are always dangerous so it’s nice to put it in.

“It’s one of many successful nights so far this season. We are not even halfway. So much can change and happen. The strength of this team is we take it one game at a time.”

Anything Mbappe can do… ?? #YNWA pic.twitter.com/adhMFapNsQ

…while fellow full-back Andy Robertson jokingly lamented the fact that he was no longer top of the assists charts, after Trent’s double act.

Midfield duo Milner and Gini Wijnaldum sent belated wishes to Reds fans in the form of the three points:

Great performance tonight – but we know there’s still more than half a season to play ??? #onetouchfootball #happylateChristmas#HopeTrentisinyourfantasyteam ? #YNWA pic.twitter.com/8zQyA5nuFO

A wonderful Christmas gift to all Reds ? A fantastic win on Boxing Day!! ???? The team was on ?? #YNWA #LEILIV pic.twitter.com/poKv8L5qpn

While scorer Firmino and again-impressive Naby Keita sent a simple message of congratulations to their team-mates for a big performance:

Virgil van Dijk got in on the act too and Trent hailed the ‘perfect away day’ as the Reds get ready to see what title rivals Man City can come up with.

Now Liverpool have just under three days to recover, before a home game against Wolves—the first of three successive fixtures at Anfield across the end of this year and the start of 2020.