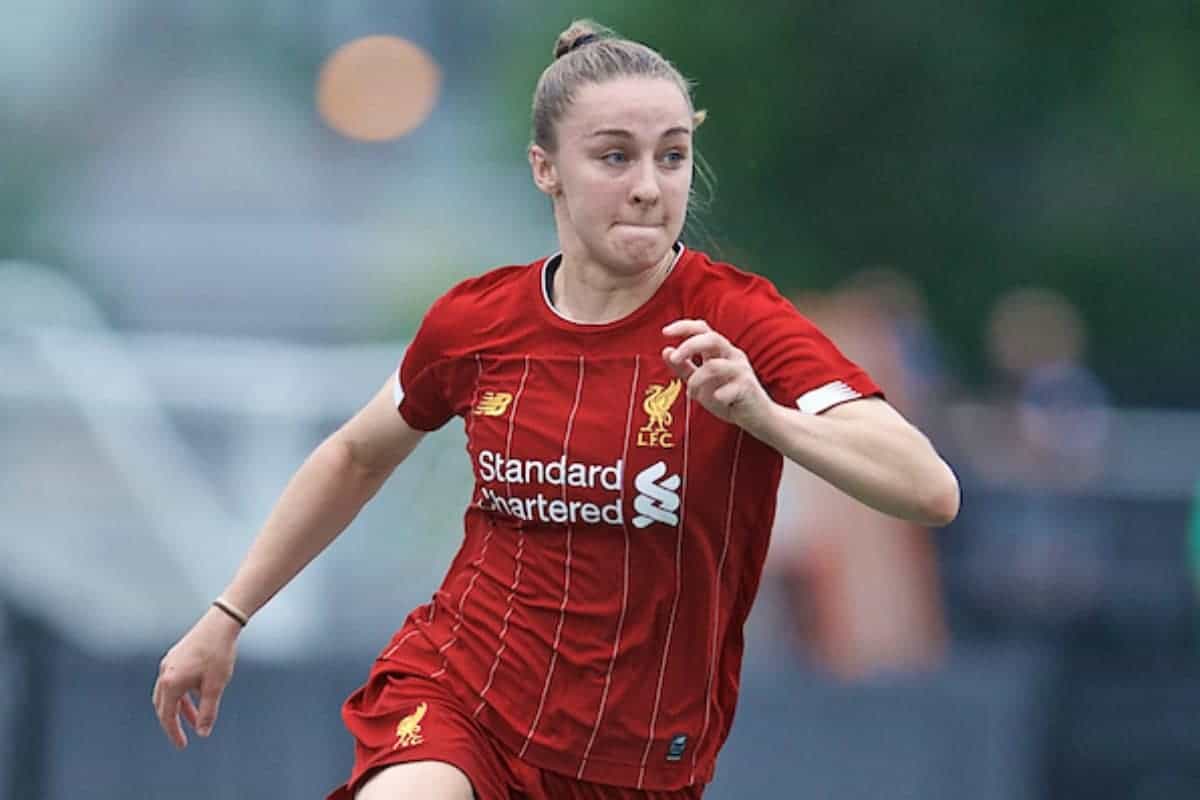 Liverpool FC Women finally found an avenue to goal to rescue a point in a 1-1 draw with West Ham on Sunday.

Vicky Jepson’s side made a return to home soil after back to back trips to members of the top three in Arsenal and Man City, both of which saw the Reds fall to narrow 1-0 defeats.

And Liverpool Women made a change at both ends of the field for the Hammers’ visit, with Fran Kitching taking up the role in between the sticks while Ashley Hodson was given the nod to lead the line as the Reds remained on the search for their first league goal in open play.

A feat which would prove successful and offer a timely boost to Liverpool’s bid to move up the table.

Having taken confidence from their recent outings, despite the final scoreline, Liverpool Women started brightly as they looked to mount early pressure on the visitors by peppering the face of goal.

But the Reds found their first mistake in possession punished as West Ham quickly transitioned to the opposite flank after capitalising on Becky Jane’s loose pass, with Adriana Leon’s first-time strike evading the wrong-footed Kitching with just five minutes gone. 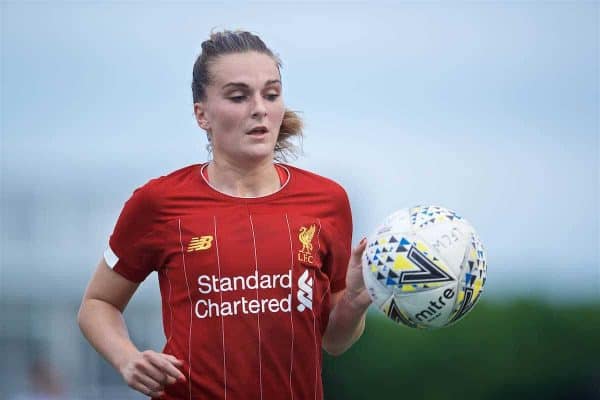 Liverpool would continue to flirt with danger at the back as West Ham seized the ascendency after their opener, as the Reds’ inability to find the end product in the final third continued to be a source of frustration.

With Melissa Lawley’s breakaway from a West Ham corner let down by a wayward pass to an onrushing Hodson who was in acres of space, before Niamh Charles’ brilliant interception on the halfway line came to nothing as her final product failed to test the ‘keeper.

The start of the second half required a number of desperate interventions from both Kitching and her fellow defenders to keep within striking distance.

And just when it seemed as though the Reds were handed a lifeline after Rhiannon Roberts was impeded in the area midway through the term, Lawley dragged her spot-kick wide.

To their credit, Liverpool Women failed to let their heads drop and Lawley would soon find her redemption as the Reds finally found the route to goal when her driving strike from a tight angle took a deflection before finding Charles near the goal line.

It was all Liverpool as the clock moved closer to the 90 minute mark, but the score failed to be added to – ensuring the Reds picked up their second point of the season, where Jepson and Co. will hope their shackles in front of goal have well and truly been unlocked.