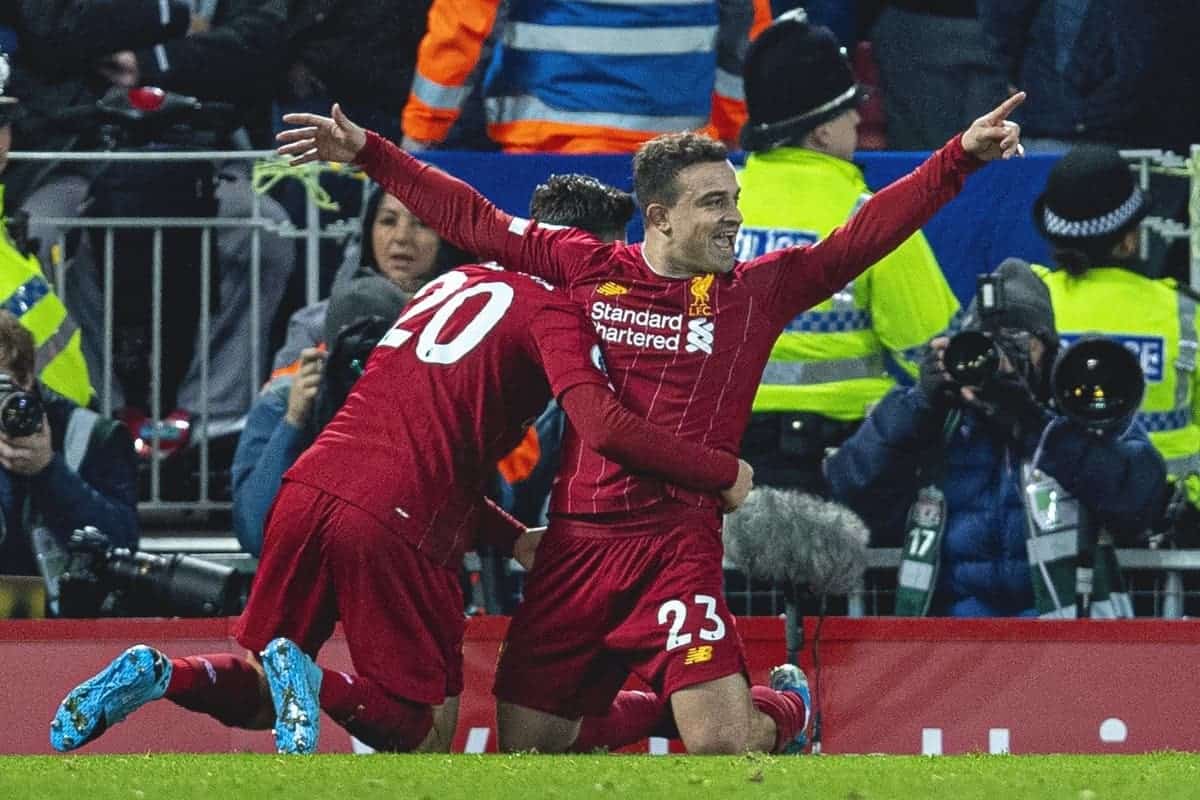 Liverpool breezed past Everton in the 234th Merseyside derby on Wednesday, with Reds players expressing their happiness on social media.

Jurgen Klopp‘s side needed to respond to Man City‘s win at Burnley on Tuesday evening, but they delivered an emphatic reply.

Liverpool ran out 5-2 winners over Everton at Anfield, with Divock Origi scoring twice and Xherdan Shaqiri, Sadio Mane and Gini Wijnaldum also getting in on the act.

Some of the attacking football on show was mesmerising, not least from Mane, who also delivered two assists on top of his goal.

Klopp’s decision to ring the changes had the potential to backfire, but those who came in impressed hugely, particularly Shaqiri and Origi.

It was proof of the squad depth that exists at Liverpool now, as well as the winning mentality that the manager has instilled in every player. 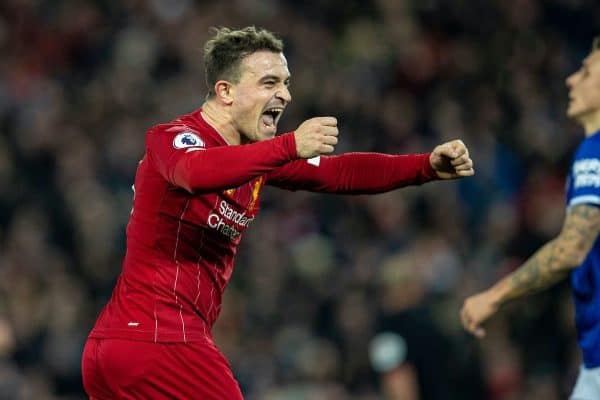 Speaking to LiverpoolFC.com, a rejuvenated Shaqiri admitted it was an “unbelievable” feeling to be back in the fold:

“I think you saw [how much I enjoyed it] on the pitch.

“It was unbelievable to be back on the pitch, I was very happy when I knew I’d play. I wanted to have a good performance.

Meanwhile, cult hero Origi told Amazon Prime that the fringe players repaid the faith show in them by Klopp:

“The manager showed us trust and we just tried to repay it as much as possible and get the three points.

“We know it’s important for our season. It’s an important game, it’s special, you can hear it. I’m so happy.”

Andy Robertson took to Instagram to describe Origi as the ‘GOAT’, on a night when the Belgian again tormented Everton.

James Milner knew how important the victory was in the city, as Liverpool supporters earned bragging rights for another few months, at least.

Numerous other players took to social media to reveal their delight at the result, with man-of-the-moment Mane leading the celebrations.

What a performance from the lads #keep on going!?YNWA?

The win still leaves Liverpool eight points clear ahead of Leicester, following the Foxes’ 2-0 victory at home to Watford.

The Reds head to Bournemouth on Saturday afternoon, hoping to put more pressure on City ahead of their derby clash at home to Man United later in the day.