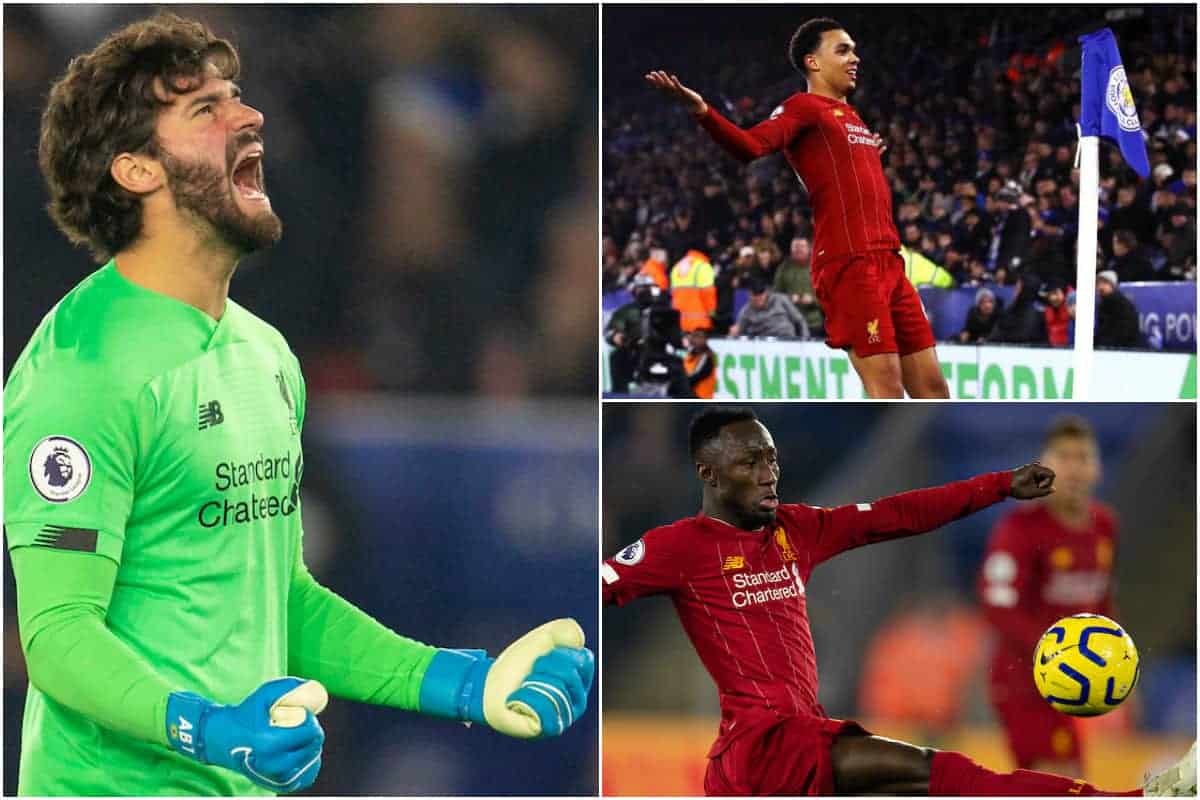 Champions of Europe, champions of the world and now miles clear at the top of the league. Liverpool were scintillating in a 4-0 demolition of Leicester.

Goals from Roberto Firmino (twice), James Milner and Trent Alexander-Arnold secured a win and ensured a 13-point gap opened up between the Reds and the rest on Boxing Day.

Liverpool dominated from start to finish and, despite a few missed chances early on, there was never really any doubt about where the points were headed when second hosted first in the Premier League.

This Is Anfield’s Karl Matchett (@karlmatchett) spoke to Dave Hendrick and Chris Williams (@Chris78Williams) to debate the best parts of the game, any lingering negatives and the prospect of further rotation for the next game against Wolves, which comes less than three days after this win.

DAVE: Everything. We were fantastic from start to finish, and yet we still had gears to go through and levels to go up if we wanted to.

Trent, Naby, Bobby and Gomez all stood out to me but it was a fantastic team performance that swept aside the team placed second in the league with frightening ease.

CHRIS: As Dave said, everyone and everything.That was total dominance from start to finish.

Leicester were our nearest challengers and Liverpool literally blew them away.

I’m absolutely flabbergasted at the result but also the performance. I’d expected a tight game.

KARL: Henderson is in his best spell for quite some time—he was fantastic in the first half, particularly.

Gomez was again a standout and I’d agree with Dave on the others—Naby would have been Man of the Match had he not been subbed off and Trent went on to boss the productivity stats in the closing stages.

I loved that we were right at Leicester from kickoff, having two chances in the first minute.

Our statement was made from the first whistle and they had nothing to stop us carrying on the same way.

The midfield was so quick to win back possession, it must have been so demoralising for the Leicester lads.

DAVE: The injury scare for Henderson.

We are going to need every fit body we can find as we move forward and while Fabinho and Ox are out we can’t afford to lose another midfielder.

CHRIS: I mean, maybe the first 45 minutes should have yielded a higher scoreline, but it didn’t matter by full-time.

Salah looked way short of his best. Is he tired? Does he need a rest? 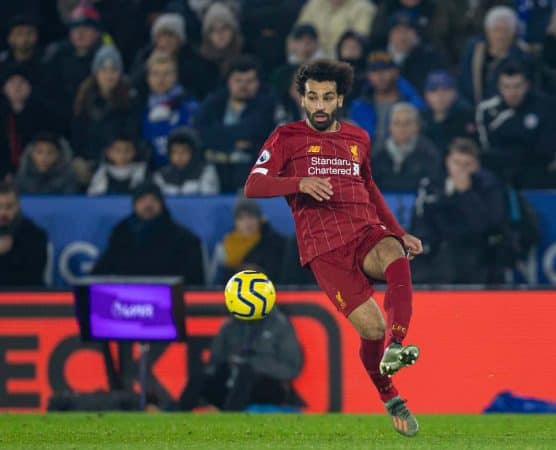 There’s very, very little to point to for negatives—it might have been the profligacy in the first half with Mo, Sadio and Trent all spurning chances, but we scored four against what was the joint-best defence in the league.

It’s not any more.

…and with the next game less than three days away, who should play against Wolves? 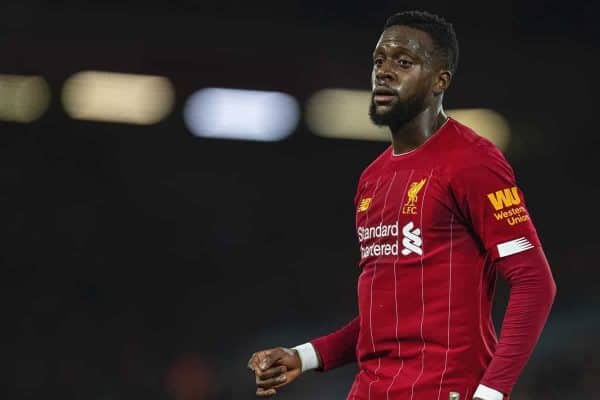 After picking up a knock and playing a lot lately Henderson could do with a rest, and I think Shaq and Divock deserve a start in one of these games.

I think 4-2-3-1 makes sense against Wolves because of the shape they use, if we can pin Doherty back that nullifies one of their big threats.

Full strength in defence because they do have an attack that could cause us problems, and I think Naby-Gini matches up well with their midfield and should have the dynamism to disrupt and overrun them.

CHRIS: This is a real difficult one, I’m a big believer in playing your strongest XI for every game but it’s impossible to do so.

I think Shaqiri must come in, probably for Salah.

Then Milner for Henderson—although he won’t want to miss anything but his work rate has been off the scale, and he got a good kick on the shin.

I personally wouldn’t change that much but…it’s a lot of games in a short space so Klopp will and for good reason. 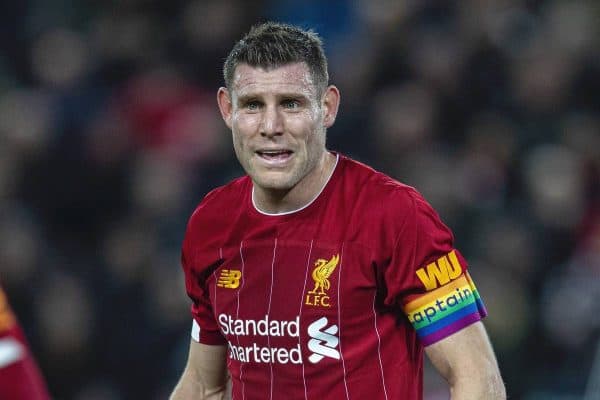 I’d rest Salah and Robbo for this one, then Trent and another forward for the next home game against Sheffield United.

Got to keep those minutes under wraps whenever the chance crops up!

Might be worth having Neco Williams sub again and giving him a few minutes if we are comfortable, to see if he gets a chance in the league rather than pushing Milner to right-back.

A double-pivot midfield which has worked well previously means we can bring a couple of different attackers in too, letting Hendo get back to full fitness if there is any soreness or stiffness after that late kick.