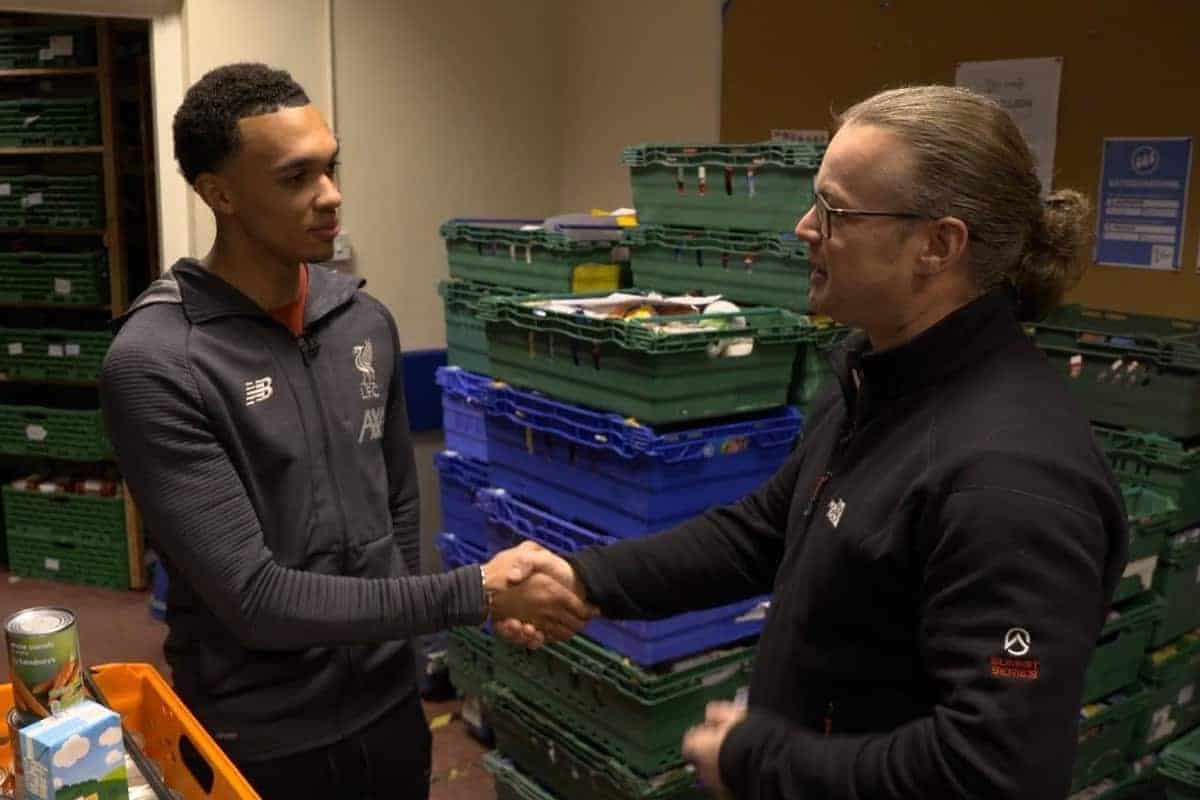 Trent Alexander-Arnold was on hand to help launch the club’s Christmas Foodbank appeal as both he and the club continue their efforts to help the wider community.

Alexander-Arnold has been a key member of Liverpool’s wider community away from football long before his star exponentially rose after becoming a regular member of the first team.

Liverpool’s No. 66, who is also an ambassador for An Hour For Others, a charitable organisation which urges local people and businesses to put back into the community, has readily supported the city’s foodbanks.

A mural adorned on a wall around the corner from Anfield not only recognises his stature in the side, but also, more significantly, acts as a call to support foodbanks. 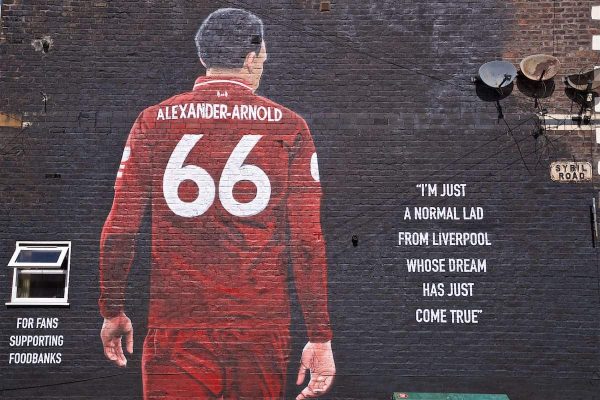 And with the festive period fast approaching and the need for food and nonperishable items ever-increasing amid the current climate, Alexander-Arnold was on hand to launch the club’s Christmas Foodbank appeal.

In a video released by the club, the right-back visited the North Liverpool Foodbank to meet with the staff and the volunteers to gain an insight into the work they do and how people can help.

“It’s not a good sign that these type of places are around. It’s amazing to see the work that goes on,” Trent told operations manager Simon Huthwaite.

“The selflessness that goes on is unbelievable.

“As players we need to enforce that it is such an important part of the community, especially at this time of the year you don’t want to see people going hungry.

“We can all imagine how difficult it would be if we were in crisis like so many people in the city are so it’s about supporting [foodbanks] as much as possible. And being a local lad it’s something that I’m definitely behind.”

The centre is the same one Andy Robertson visited last year, and after the roll out of universal credit, a new type of benefit, “things have got worse” as there has been a 47 percent increase in referrals to foodbanks.

Simon also revealed last season’s derby fixture saw up to two and a half tonnes of food donated, and the target for Wednesday’s meeting is set at four tonnes ahead of the Christmas period.

And ahead of Wednesday’s Merseyside derby, Alexander-Arnold urged supporters from both teams attending the game to donate what they can.

“We urge you to donate as much as possible, whether it’s big or small – it makes a massive difference. It might be two teams but it’s one city.”

Drop-off points for matchday are located on Anfield Road with a foodbank van, the official LFC retail store and Homebaked bakery on Oakfield Road.

You find out more information on St Andrew’s and the North Liverpool Foodbank here.