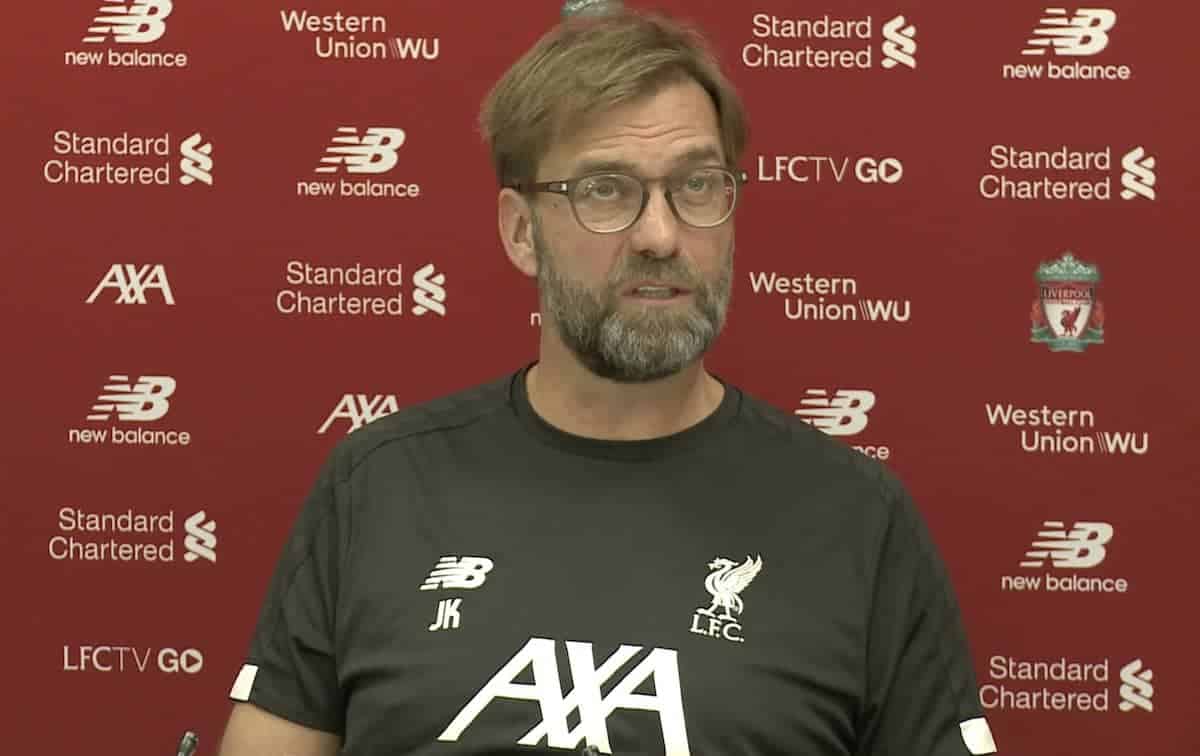 Liverpool travel to the south coast to face a Bournemouth side who have lost their last four Premier League games.

“They will ask for everything. We will have to be spot on, intense. They are not happy with their situation.”

The boss was asked a lot of questions relating to other events, namely the use of squad rotation and the impact of those who came into the side against Everton in midweek, with praise for Divock Origi and Xherdan Shaqiri in particular.

Klopp made 30 changes to his side across the December games last month, and explained why rotation is so important.

“It’s not FIFA or Playstation, where they don’t need a rest,” he said “It’s just how it is, we have to make these kinds of changes, and we will do, that’s clear.

“As long as the boys give me the opportunity, we will do it”

Klopp was also asked about the squad for the upcoming Club World Cup and the League Cup tie against Aston Villa, saying that he didn’t “for one second” consider splitting the senior players across the two games in 24 hours.

“We had to do it like this. I think it’s a really nice opportunity for the younger players to face it,” he said.

“We go with this specific squad to Qatar, try our best there, then the other ones will play here.

“And if somebody thought I should have done it differently, I cannot change that.”