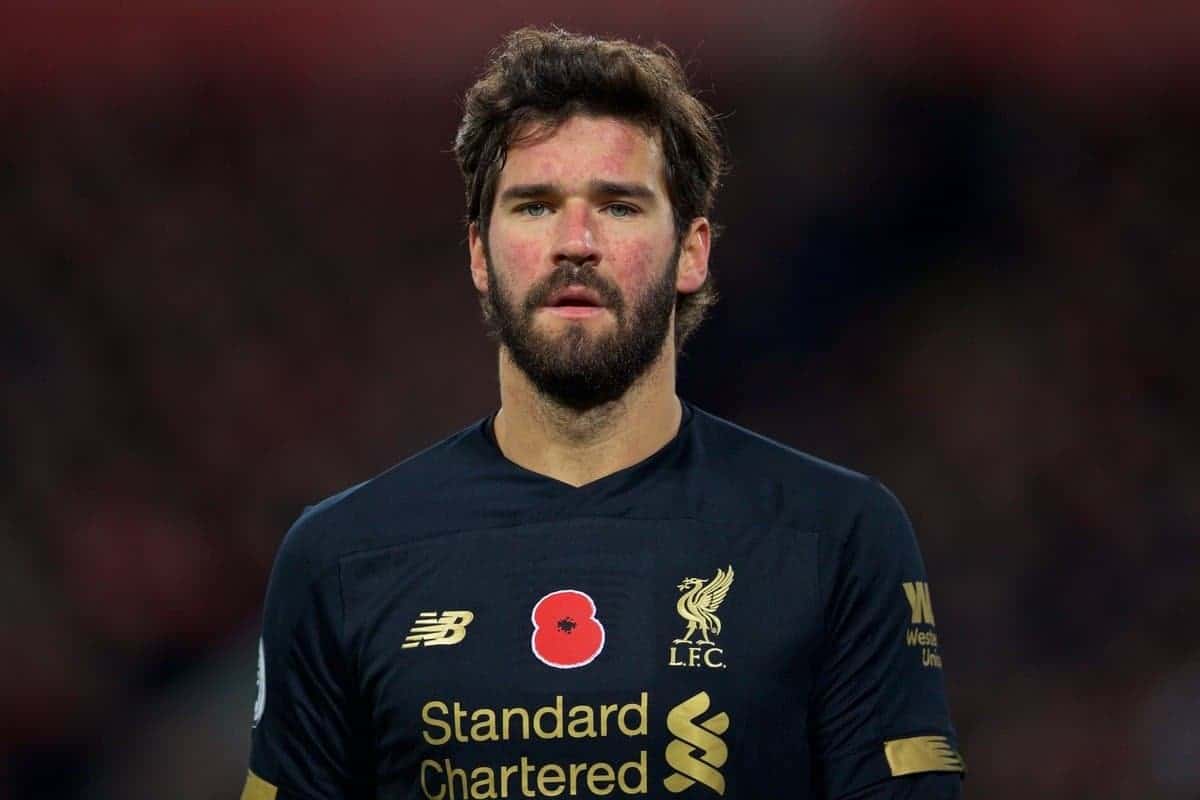 Alisson could make his 50th league appearance for the Reds. So far, he has kept 25 clean sheets in the top flight.

Liverpool have kept six clean sheets in their last eight games in league and cup and in each of the last four in the league.

Jurgen Klopp’s men are unbeaten at Anfield in 50 league games, winning 40 and drawing 10.

They have been behind for a total of 154 minutes, 51 of those coming against Tottenham in October.

They are unbeaten in the last 36 league games (31 wins, five draws).

The loss at Man City 364 days ago is the Reds only top-flight loss in the last 58 top-flight matches. 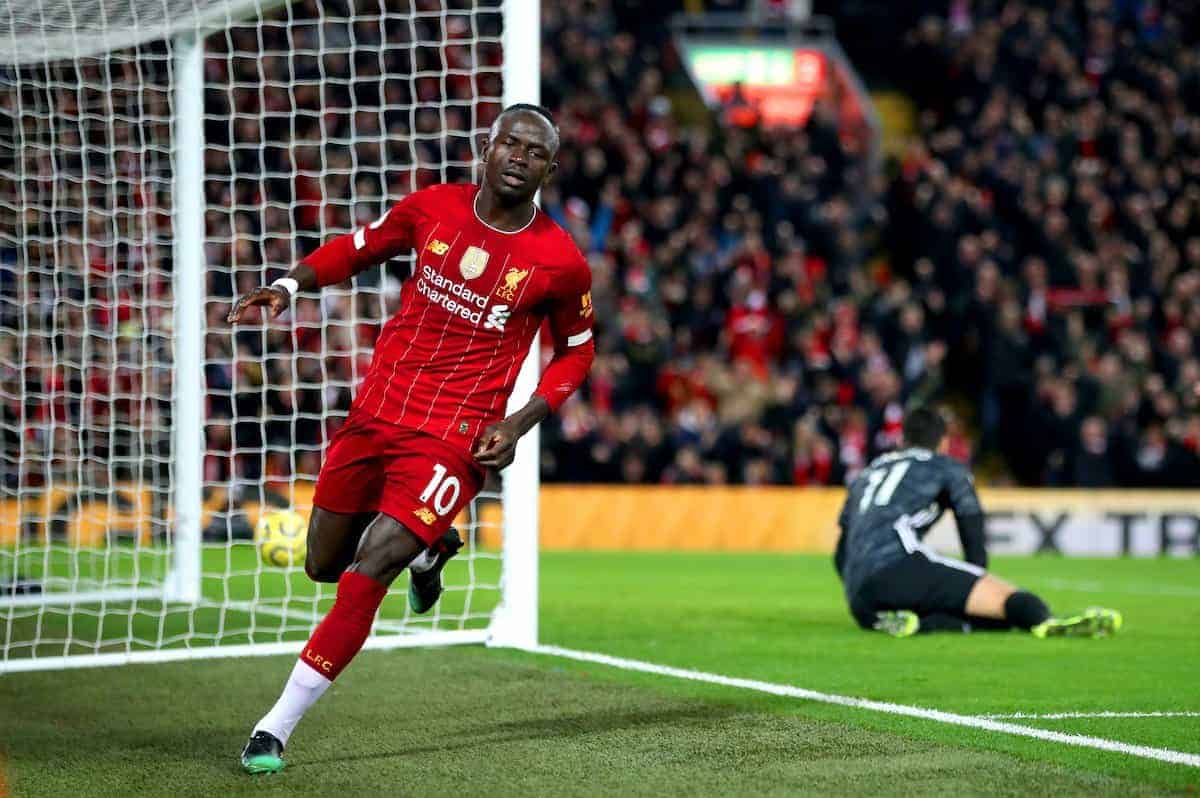 The Reds have won each of the last 37 games in which they have scored the first goal, including the penalty shootout victory over Arsenal in the League Cup.

They are unbeaten in league and cup in the last 51 games (48 wins, three draws) when scoring the first goal since losing to Chelsea at Anfield in the League Cup last season.

Hone and away that unbeaten run against newly promoted teams stretches to 17 matches, winning 16 and drawing once.

Jordan Henderson’s next start will be his 300th for Liverpool in all competitions.

United’s win on their last league visit to Anfield was not enough to prevent them from being relegated in 1993/94 when Jostein Flo scored twice in the second half after Ian Rush had given Liverpool a fourth-minute lead.

That is United’s only win at the ground in the last 13 games in all competitions and last 10 in the league.

They have lost 19 of their last 24 league visits with three successes in that spell.

Their biggest win on this ground came in February 1898 when they won 4-0 in only their third visit to Anfield on the way to winning their only top-flight league title. 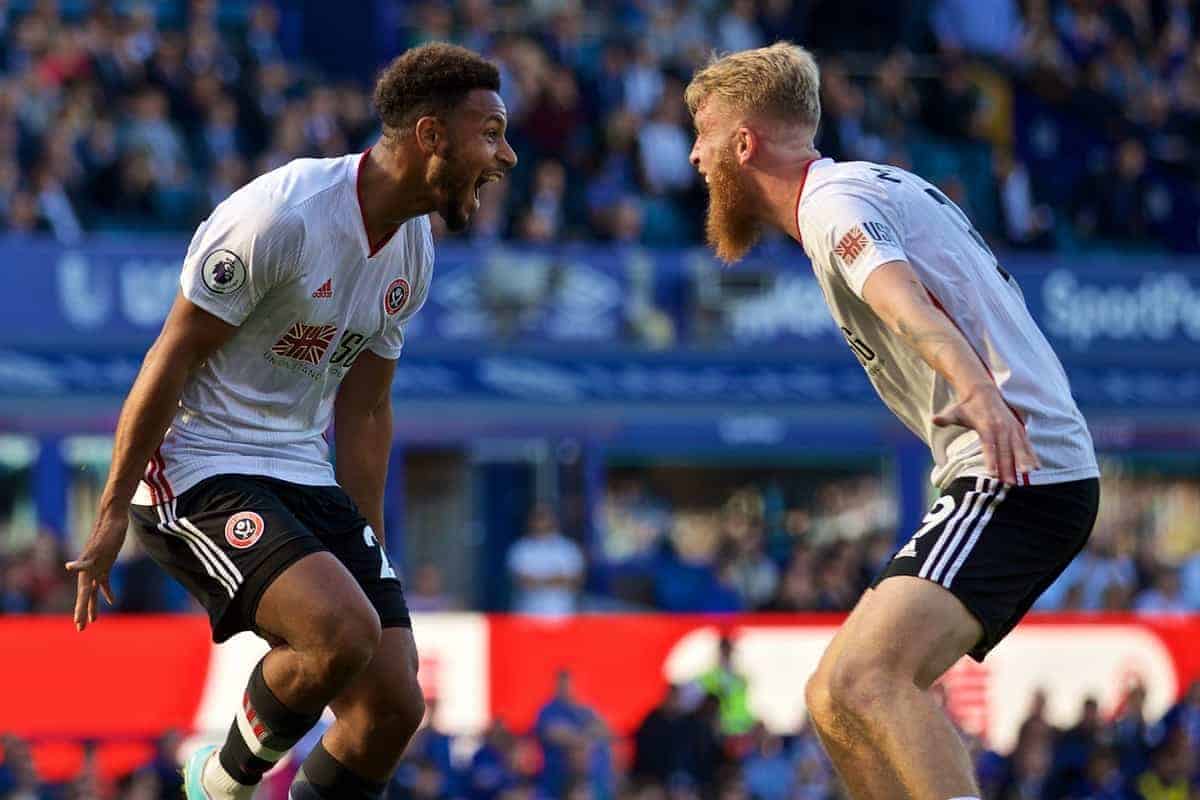 United this season became only the second promoted team in English top-flight history to remain unbeaten in their opening nine away matches—emulating Burnley in 1947/48, who went 10.

That run came to an end at Man City last Sunday. It was their first away defeat in any competition since January (1-0 at Swansea in the Championship), ending a run of 18 consecutive games without a loss on the road.

United have won three of their 10 away games in the league this season—2-0 at Everton, 2-1 at Norwich and 1-0 at Brighton.

They have conceded only nine times on the road this season—second only to Liverpool’s five.

Since their defeat at home to Liverpool in September the Blades have been beaten only twice in the last 13 fixtures.