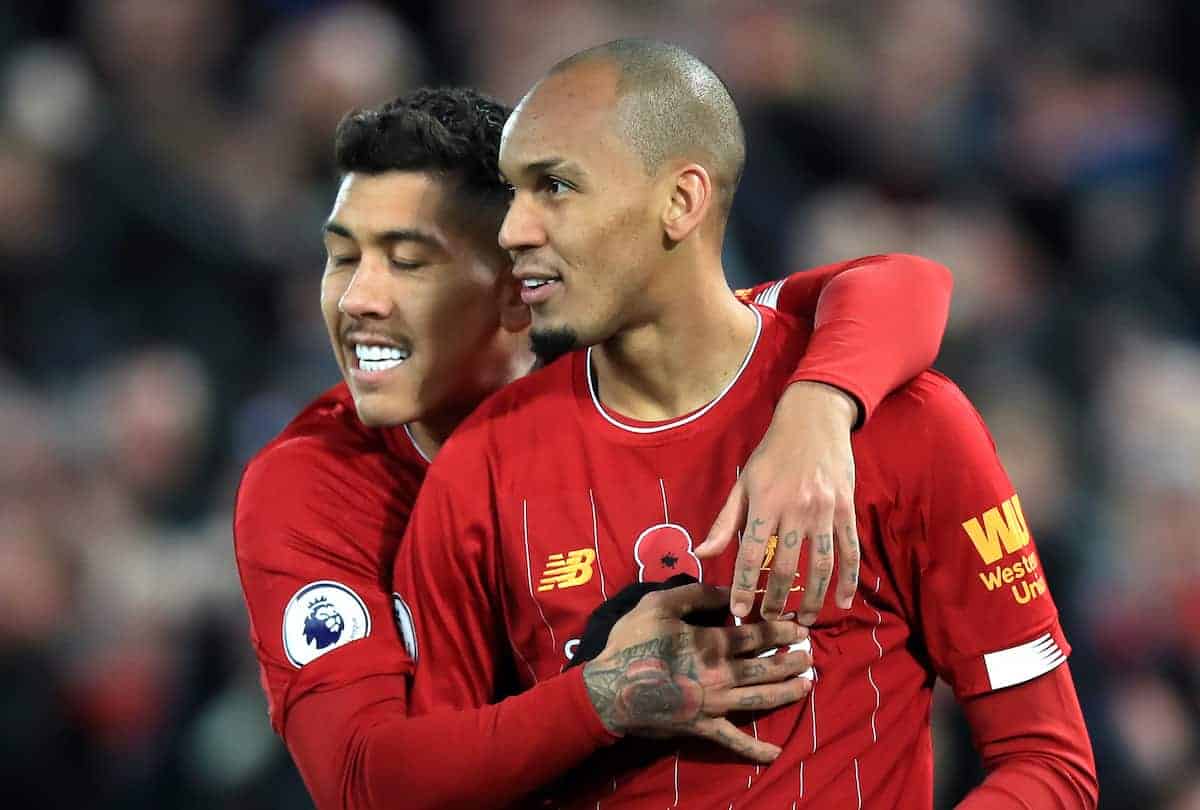 Liverpool are returning to full strength ahead of Sunday’s visit of Man United, with Jurgen Klopp potentially naming an unchanged team from the win over Tottenham.

The Reds are well-rested after an eight-day break, basking in the glory of being 14 points clear at the top of the Premier League.

Last Saturday’s 1-0 victory at Spurs was one of Liverpool’s most precious wins of the campaign so far, meaning they have still dropped just two points all season.

No team in the history of Europe’s top five leagues has achieved that feat after 22 matches, summing up the brilliance of this Reds outfit.

Next up for Liverpool is possibly the biggest fixture in any season: United at home.

While Ole Gunnar Solskjaer’s side are still largely unconvincing, they will be revved-up to spring a shock at Anfield.

Much of Liverpool’s side picks itself, but will Klopp again name a few surprises? 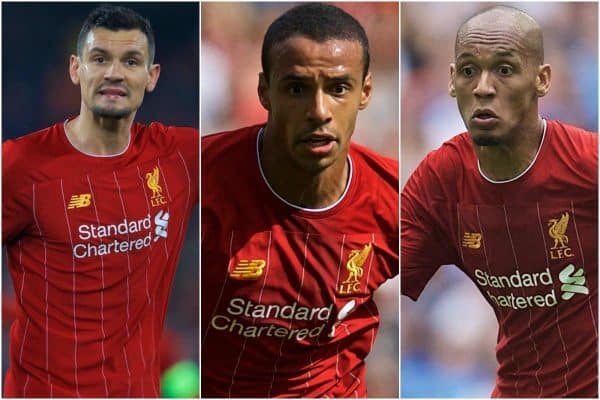 After encountering a number of injury problems, Liverpool’s squad is looking at its healthiest in months.

Contrary to the opinion that the Reds have been ‘fortunate’ with injuries this season, they have had to make do without key men for chunks of the campaign.

Joel Matip and Fabinho are both set to return to Sunday’s matchday squad, having both been out of action since the autumn.

Matip hasn’t played since the last time Liverpool faced United in October, while Fabinho has been absent since injuring his ankle against Napoli in November.

There are still prominent figures missing, however, with Dejan Lovren not back in training until Monday, and James Milner and Naby Keita also ruled out.

With no midweek action to worry about, there is no issue surrounding fatigue, meaning Klopp can pick his best possible team.

On paper, 10 of the players pick themselves.

Alisson, Trent Alexander-Arnold, Joe Gomez and Virgil van Dijk and Andy Robertson should make up a formidable back-line – one that hasn’t conceded in the league since the 5-2 win over Everton on December 4.

It is probably too soon for Fabinho to come straight into the starting lineup, with the Brazilian more likely to make an appearance from the substitutes’ bench.

Jordan Henderson and Gini Wijnaldum are both in superb form, so their place in the team is barely even up for debate. 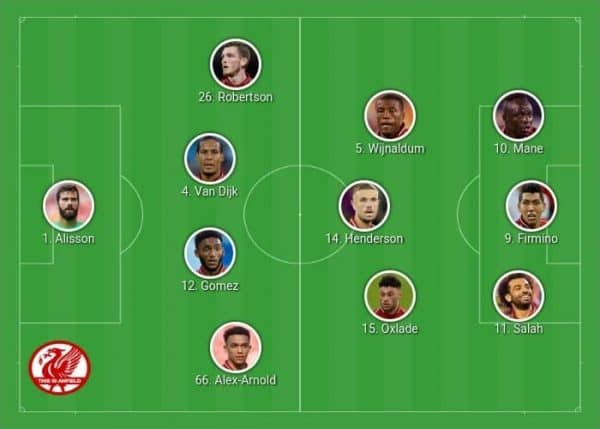 It means it should be a straight shootout between Alex Oxlade-Chamberlain and Adam Lallana for the final midfield spot.

The former was substituted for the latter at Spurs and Klopp could make that switch from the start, considering Lallana’s impressive cameo.

Oxlade-Chamberlain remains the favourite to take to the field, though.

Mohamed Salah, Sadio Mane and Roberto Firmino are all fit and ready to fire – Salah and Firmino are looking for their first-ever league goal against United in a Liverpool shirt.

The only real alternative for Klopp is to take a gamble on Fabinho, considering how influential he was before his injury.

Then again, Liverpool have won every single game in his absence, suggesting they can get by without the Brazilian. 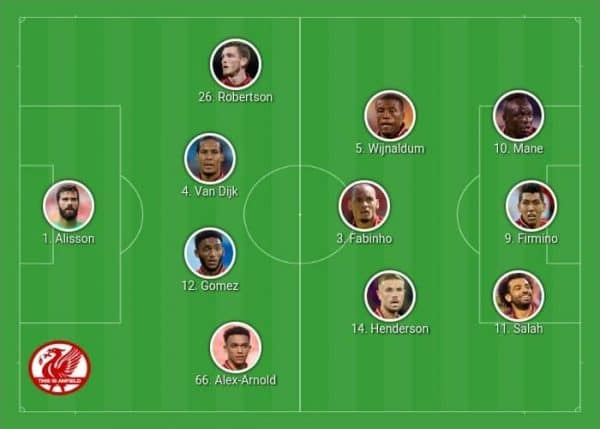 Should he earn a surprise start, it would mean no place for either Oxlade-Chamberlain or Lallana, adding more bulk to an already combative midfield.

Liverpool look primed to beat United for just the second time in nine meetings, in all competitions.

Victory would be another huge step towards title glory, also further outlining the chasm in class between the two rivals.