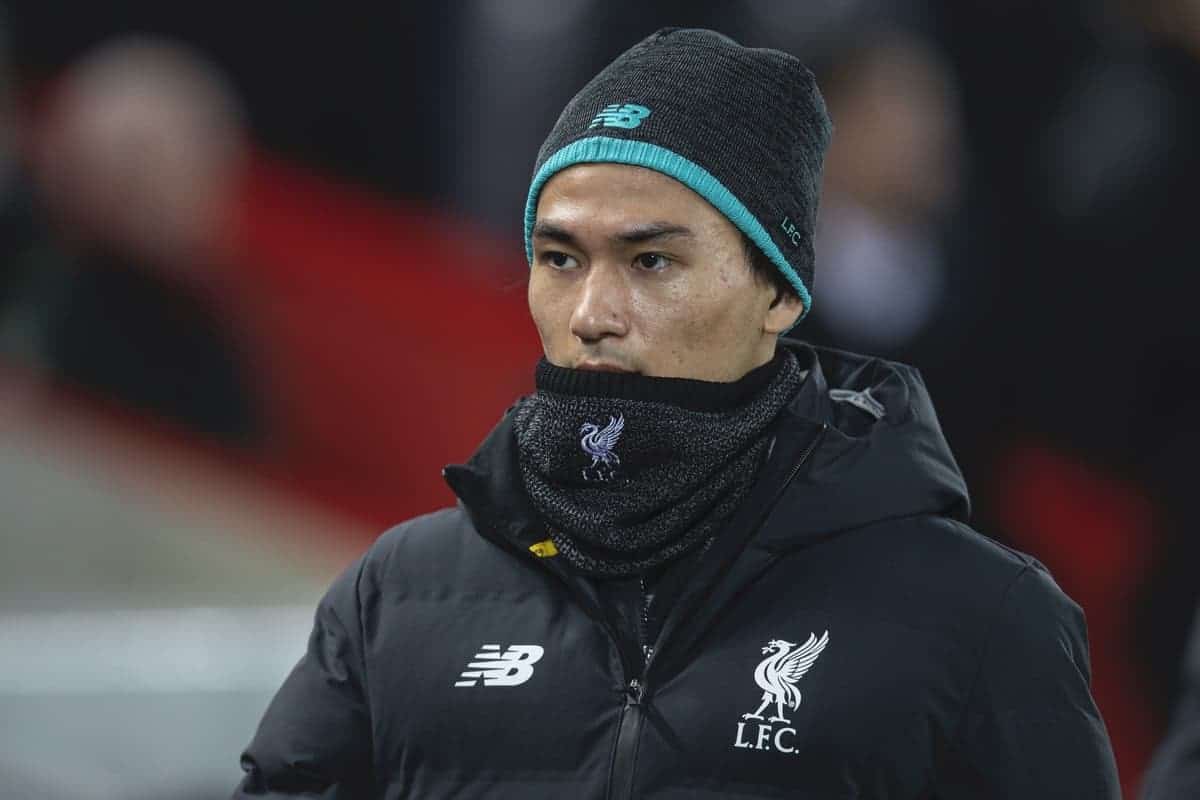 Takumi Minamino will make his debut from the off as Jurgen Klopp has rung the changes for Liverpool’s clash with Everton this afternoon.

After an arduous festive fixture list which saw a number of Reds succumb to injury, the FA Cup clash with the Blues has long been viewed as a fixture whereby rotation was on the agenda.

A mix of those on the fringe and the club’s brightest young talents will take centre stage at Anfield, where a chance to progress to the fourth round is on the cards.

With nine changes from the side who overcame Sheffield United in the Premier League, every department has been overhauled.

Adrian starts in between the sticks for the first time since the league win over Everton, with Neco Williams, Nathaniel Phillips – who makes his debut – Joe Gomez and James Milner forming the defensive line ahead of the Spaniard.

Adam Lallana is the senior face in the middle of the park, with debutant Takumi Minamino and Pedro Chirivella lining up alongside him.

Leading the line, meanwhile, is Divock Origi, Harvey Elliott and Curtis Jones – with the former looking to add to his tally of five goals against the Blues.

The much-changed side will see Klopp be able to turn to the likes of Sadio Mane, Jordan Henderson, Rhian Brewster and, surprisingly, Alex Oxlade-Chamberlain from the bench.

Ahead of the meeting, Klopp insisted he would not be making decisions on personnel based on the emotion of the fixture as he instead looked to be “sensible.”

“The moment when I start getting emotional, and it’s not during the game, then all of us at Liverpool have a problem,” he said.

“We respect them, how you can imagine, we respect the competition, respect what the people want us to achieve—that’s a very important part of it. But I cannot do things because of the name of the opponent.”