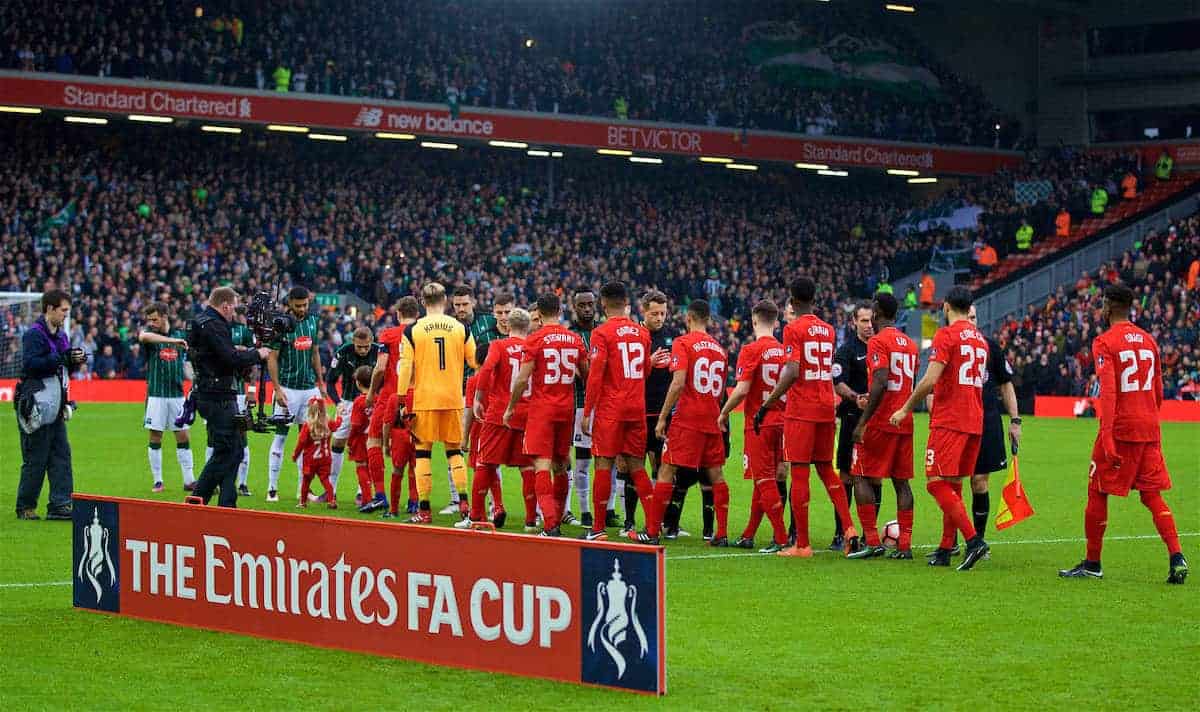 Sunday’s 2-2 draw at the New Meadow has been completely dominated by Jurgen Klopp‘s words post-match to say that he will not take charge of the replay and all his senior players will be on holiday.

“We will not be there, it will be the kids that play that game,” said Klopp. “I know that’s not very popular but that’s the way I see it.”

The Reds’ boss has been the most vocal manager about player welfare, frequently calling on football’s authorities to reduce the amount of games being played, and so is insisting on respecting the Premier League winter break instead.

“The situation is that in April [last year] we got a letter from the Premier League, I think, [saying] we should respect the winter break for the players,” explained Klopp.

Provided there’s no change of approach, under-23s manager Neil Critchley will take charge of a youthful side for the replay, just as he did for the League Cup quarter-final at Aston Villa in December.

That replay will take place at Anfield on Tuesday, February 4, kicking off at 7.45pm; the game is not expected to be broadcast on TV in the UK.

Should Liverpool win the game, it will be first time they’ve progressed past the fourth round with Klopp as manager (or not in this case).

Tickets have been capped at £15 for adults, with the club confirming the reduction after talks with supporters’ groups and Shrewsbury representatives.