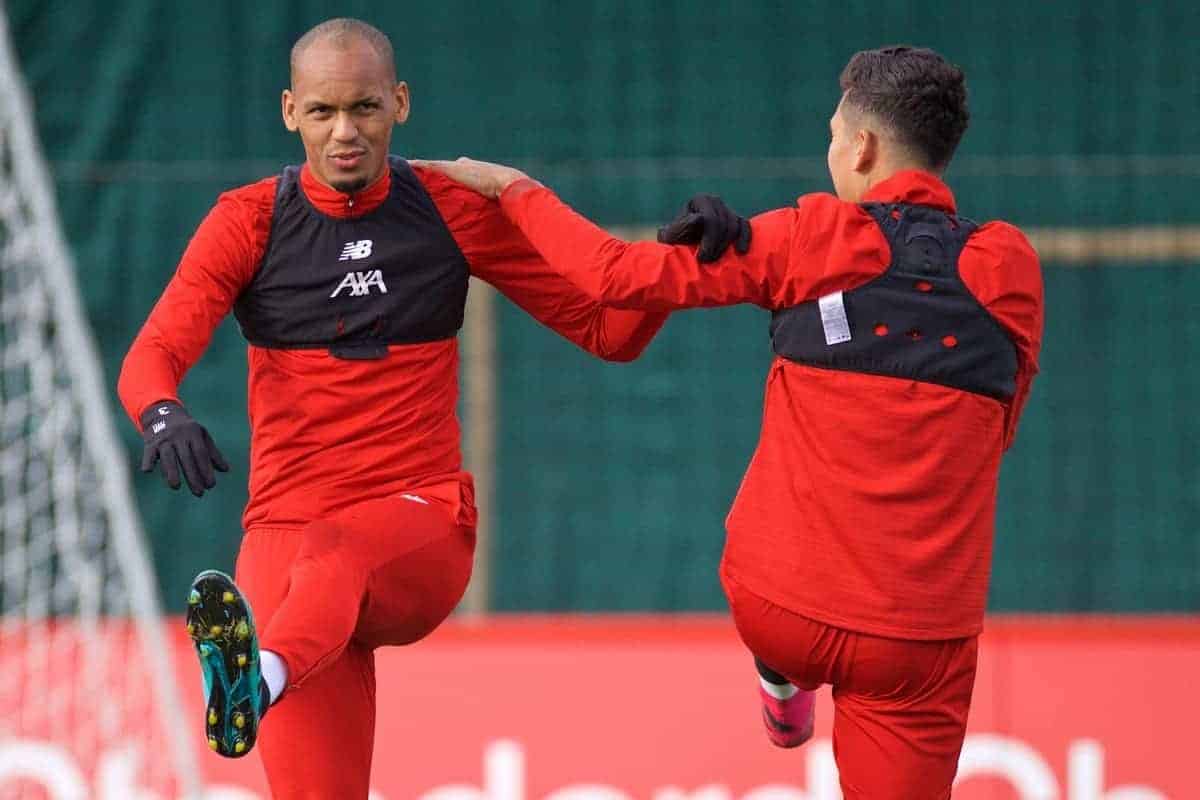 Fabinho took part in first-team training at Melwood on Wednesday for the first time since his ankle injury, but three others were absent.

The Brazilian has been sidelined since suffering ligament damage in the 1-1 draw with Napoli in the Champions League in November, missing the last 12 games.

His absence has not been felt as heavily as expected, with Jordan Henderson shining in the No. 6 role, but a return to action will be hugely appreciated at Anfield.

That could come as soon as Sunday, and the visit of Man United, with Fabinho involved in training on Wednesday afternoon after seven weeks out.

This comes after Jurgen Klopp revealed he was expected back this week, along with Joel Matip, who was also part of the session in the winter sun.

Klopp said Dejan Lovren would “maybe” be in contention for the United game, but he was not among the squad warming up in front of the cameras at Melwood.

Neither were James Milner and Naby Keita, with the pair still ruled out with hamstring and groin injuries respectively, and not expected back until at least next week. 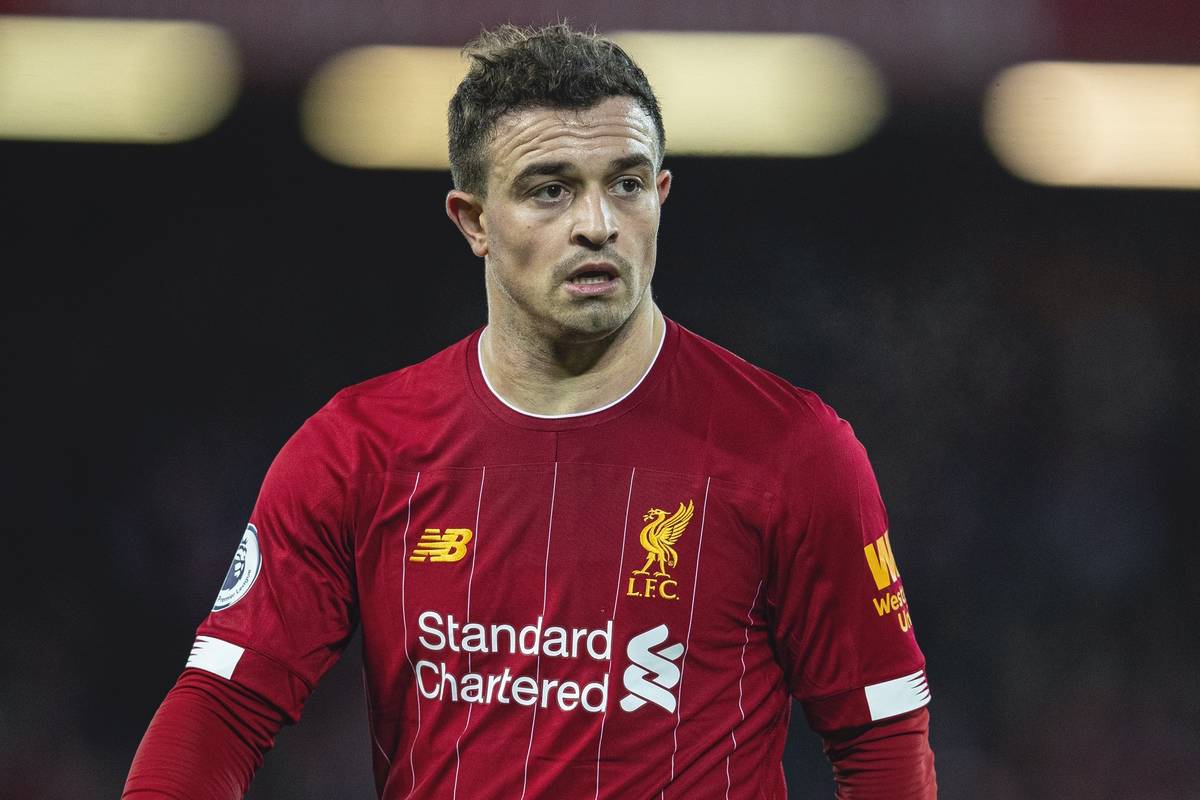 It appeared as though Xherdan Shaqiri had also missed out, but the Mirror‘s David Maddock has since confirmed the Swiss winger completed an “intense” session with the group.

The remainder of the squad are fit as preparations continue, with Ki-Jana Hoever, Neco Williams, Pedro Chirivella, Curtis Jones and Harvey Elliott increasing the numbers after their roles in the under-23s’ 5-0 win over Southampton on Monday.

It is unclear how Klopp will set his side up against United, who are the only side to take points from Liverpool in the league so far this season.

He could make changes, most notably with the introduction of Fabinho in midfield, which could see Alex Oxlade-Chamberlain demoted to the bench.

There is also the option of starting Takumi Minamino, though his next taste of action will likely come as a substitute or in the FA Cup fourth round clash with Shrewsbury next weekend.

Klopp will hold his pre-match press conference on Friday, when he is likely to provide a more accurate assessment of his squad’s fitness.

Liverpool Squad in Training on Wednesday