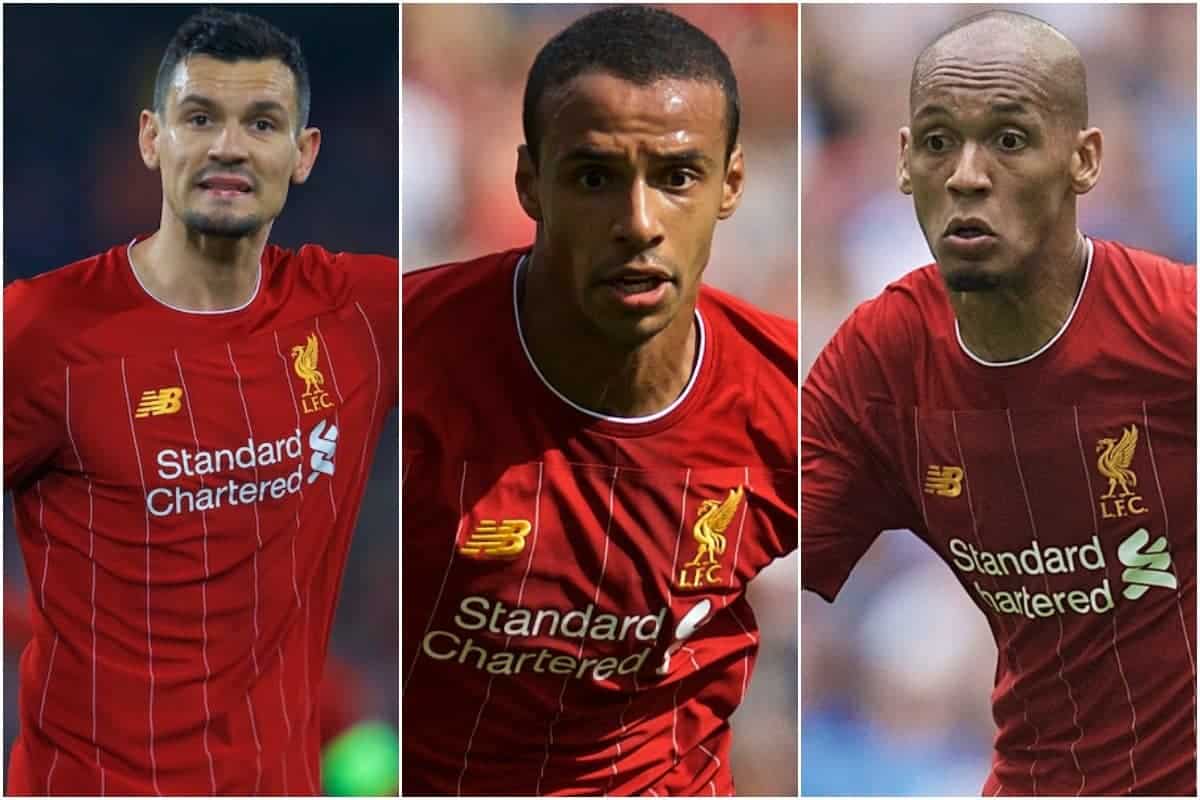 Jurgen Klopp is hopeful that Joel Matip, Fabinho and Dejan Lovren will all be involved for the Reds’ preparations for Man United‘s visit.

The Reds were forced to contend with their congested festive fixture list without the injured trio, but their return to action is fast approaching.

Liverpool welcome Man United to Anfield on Sunday, looking to clinch their 21st Premier League victory of the season and to exact revenge over the only side to have taken points off them in 2019/20.

Klopp has been unable to call on Matip (knee) since October, Fabinho (ankle) November and Lovren (hamstring) since December, leaving options at the heart of the defence limited.

But Liverpool’s No. 32 returned to training prior to the Reds’ trip to Tottenham, while Fabinho has steadily increased his workload – paving the way for further options for Klopp to call upon in the coming weeks. 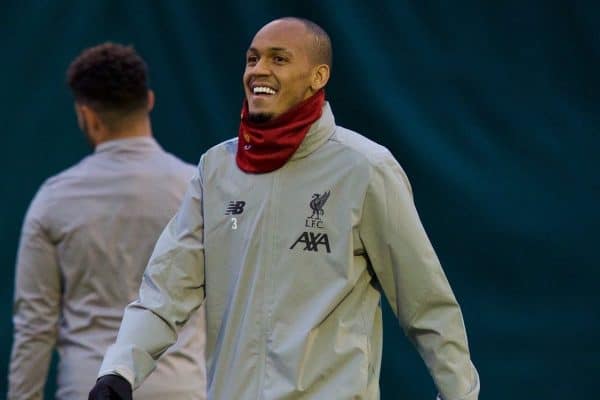 And with the visit of United four days out, the boss is expecting both Matip and Fabinho to return to full training, with Lovren also having a real chance of being involved.

“I wait really until they are on the pitch and somebody tells me they are allowed to do the full session,” Klopp told the club’s website.

“It looks like Joel will be in, it looks like Fabinho will be in maybe a day later, I’m not sure. Dejan, maybe he can be in as well.

“That means a lot and helps massively of course. But we will see how it looks. The week is very important.

“The game on Sunday against United, we all know what people expect from us from that game. It will be a big one as well and we try to be ready for that.”

What capacity the trio are expected to have at Anfield on the weekend is unknown, but their return is a welcome boost ahead of another relentless run of games which sees Liverpool play five games in 13 days.

The FA Cup tie with either Bristol City or Shrewsbury Town could be a fixture Liverpool are looking at to re-introduce first team action, with Lovren the most likely to follow that route having yet to return to training prior to this week.

James Milner and Naby Keita, meanwhile, remain sidelined with hamstring and groin injuries respectively, where Klopp is likely to provide a further update in his press conference later this week.