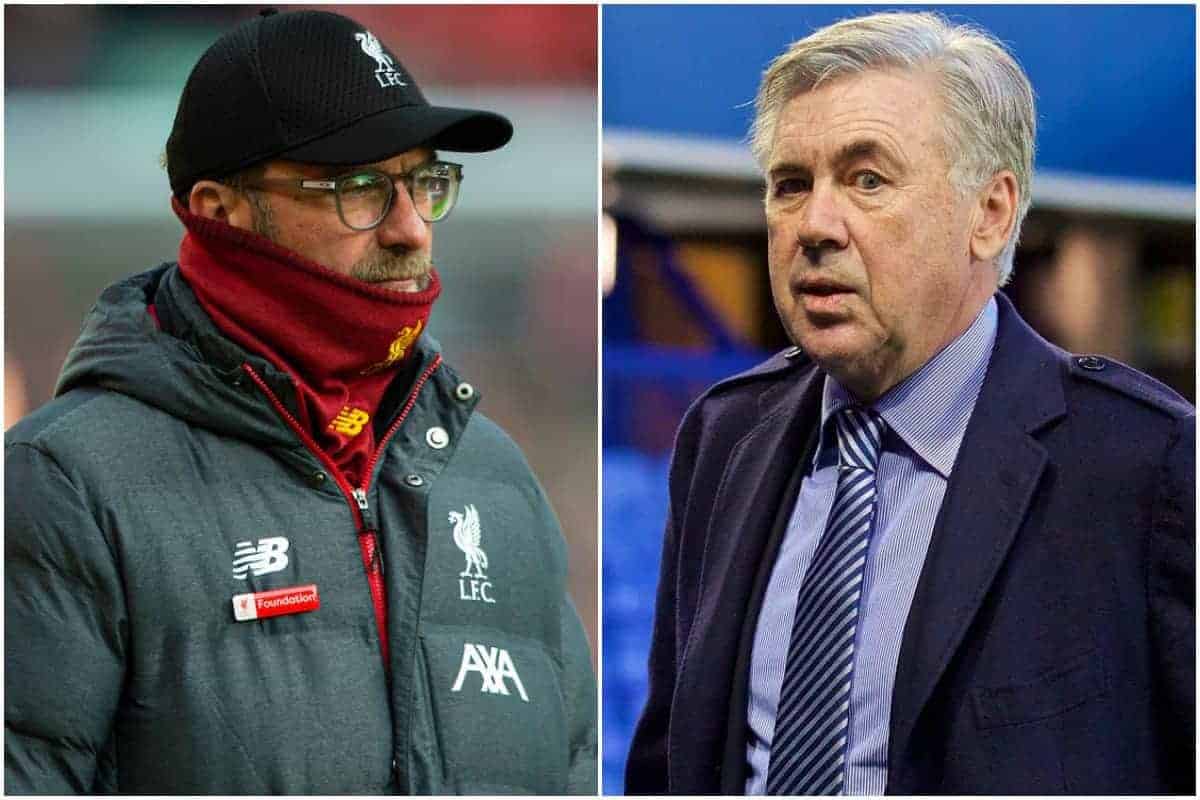 Liverpool manager Jurgen Klopp is good enough friends with Carlo Ancelotti to consider inviting him to a party at his house but would not do so because of the difficulty it may cause the new Everton boss.

Instead, Klopp is only interested in making things difficult on the pitch for his opposite number in the away dugout in Sunday’s FA Cup Merseyside derby.

Ancelotti, as the then coach of Napoli, is the only manager to this season beat one of Klopp’s full-strength teams, in the Champions League back in September.

So while this weekend’s meeting will be cordial, it will also be competitive.

“We used to be (good friends),” Klopp joked.

“We didn’t see each other a lot, it is strange that we both feel like this, we’ve met around games and meetings as managers.

“When he came here I thought ‘If I had a party could I invite the Everton manager as he lives just around the corner?’ 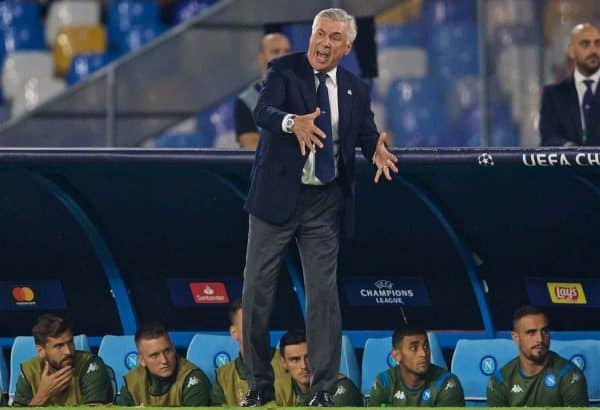 “I am not sure where he lives but the house next to me is free and that would be really funny (if he moved in).

“I am not on social media but if I took a picture like this (with him) and sent it out, I don’t know how exactly that would look to the outside world, but I would not bring him into this kind of situation.

“I only want to bring him difficulties on the pitch and we always respect each other.”

Since the 5-2 defeat in their league meeting at Anfield a month ago – a result which cost Marco Silva his job – the Toffees’ fortunes have improved under caretaker boss Duncan Ferguson and now permanent manager Ancelotti.

They are unbeaten in five of their seven matches – and one of the defeats was a penalty shoot-out loss to Leicester in the Carabao Cup – and their players look rejuvenated.

“That’s management. It doesn’t say anything bad about Marco Silva, it is just things are like this from time to time,” added Klopp.

“But Carlo Ancelotti is one of the smartest people I ever met and he wouldn’t have taken the job if he was not convinced that Everton’s squad was good, really good.

“They’ve invested a lot in the transfer market in recent years and it didn’t work out for whatever reason but the combination of a good manager and a good squad helps from time to time in football and Carlo is obviously is someone who can lift a group when he enters the room.

“When I heard it (Ancelotti’s appointment) I thought ‘that’s a proper combination’ and they will do well, 100 per cent, especially over the season.

“But it is still a big challenge in the Premier League as there are other teams who are doing not too bad as well.

“I am not too concerned about what Everton are doing but in this moment of course because we play them. 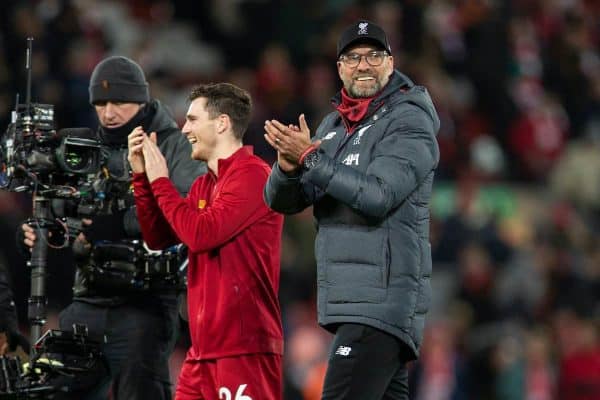 “We lost that game in Napoli because there was a penalty which was no penalty and we didn’t play that bad. It wasn’t that they out-played us constantly.

“Yes we lost there last year as well but we didn’t play that good so that’s always a reason as well.

“We will try to be good on Sunday so that makes life already slightly more difficult for them.”

New signing Takumi Minamino, a £7.25million arrival from Red Bull Salzburg, is likely to make his debut in the match, while fringe players like goalkeeper Adrian, defenders Nat Phillips – recalled from his loan at Stuttgart – and Neco Williams and strikers Divock Origi and Rhian Brewster are all set to be involved.