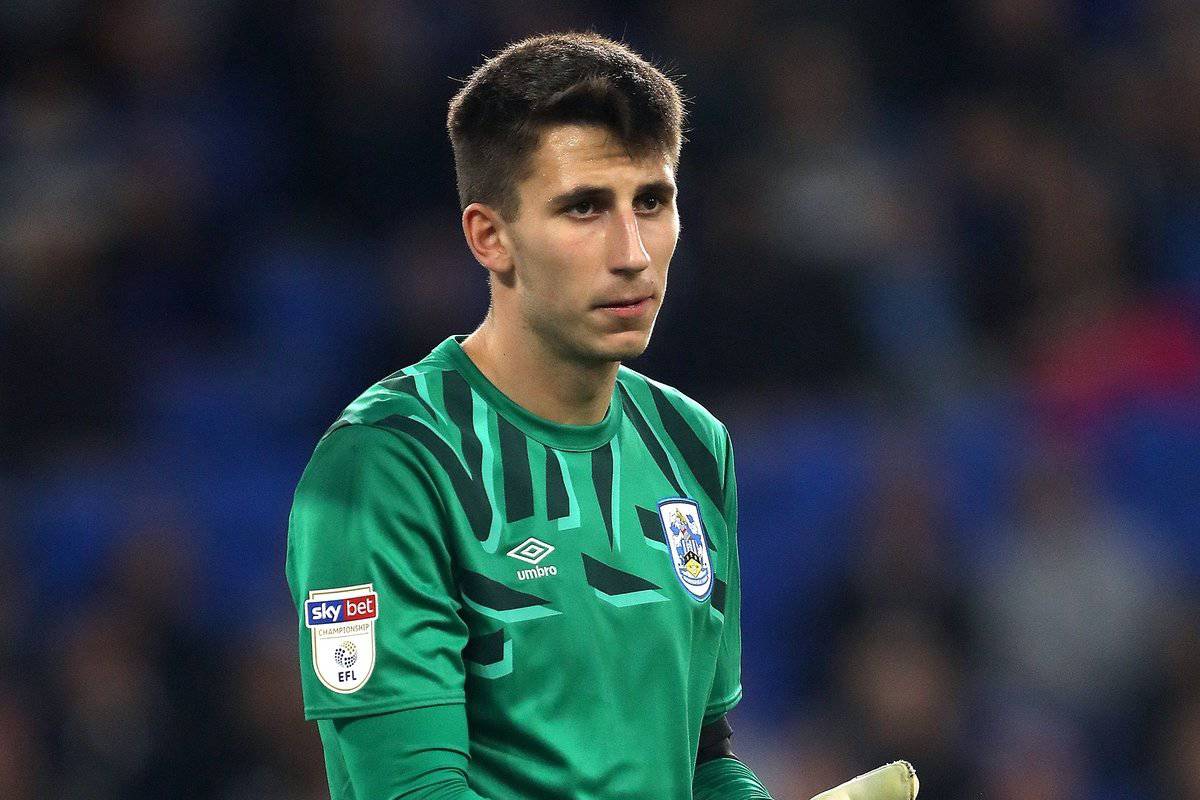 Liverpool loanee Kamil Grabara was hospitalised after being knocked unconscious during a clash of heads in Huddersfield’s 2-1 win over Hull.

Grabara joined the Terriers on a season-long loan in July, and has remained first-choice goalkeeper at the John Smith’s Stadium despite a change of manager.

The 21-year-old has made 28 appearances for the club so far, all of which have come in the Championship, though he is a polarising figure among supporters having kept just five clean sheets and conceded 45 goals so far.

One of those came via a Richard Stearman goal on Tuesday night, as Huddersfield went on to clinch a late victory over a Hull side that included another young Red in Herbie Kane.

But late in the second half, Grabara collided with teammate Christopher Schindler and was knocked unconscious.

He received immediate medical attention before being stretchered off the field and taken to hospital, with 14 minutes added at the end of the contest.

Huddersfield manager Danny Cowley provided a brief update on Grabara after the match but was scarce on the details.

“We’re concerned about him, it was a nasty one. He was knocked unconscious and didn’t know where he was when he came round,” Cowley said. 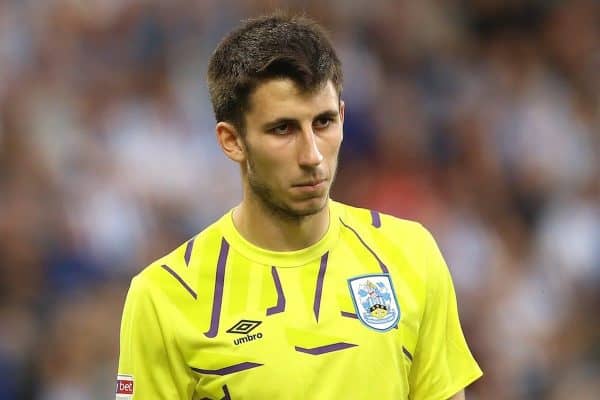 “Kamil had a neck brace on and I wasn’t able to speak with him.

“He’s gone to hospital so we just hope he recovers. We don’t know the extent of it yet.

“You never want to see that especially with one of your own players and a young player.

“I think it would be insensitive to talk about [his replacement] at this stage.

“We just want to make sure he’s OK and he’s recovered and then we can look at it.”

The extent of Grabara’s injury remains to be seen, but while Cowley described talk of a prospective replacement as “insensitive,” it comes just days before the end of the transfer window.

If the Pole were to be sidelined for a lengthy period it would be a blow to both his development and Huddersfield’s hopes in the second tier – where they currently sit six points above the relegation zone.

Caiomhin Kelleher has found himself with a lack of regular football this season, and though he could feasibly take over from Grabara as a No. 1 in the Championship, he is unlikely to leave Liverpool in January.