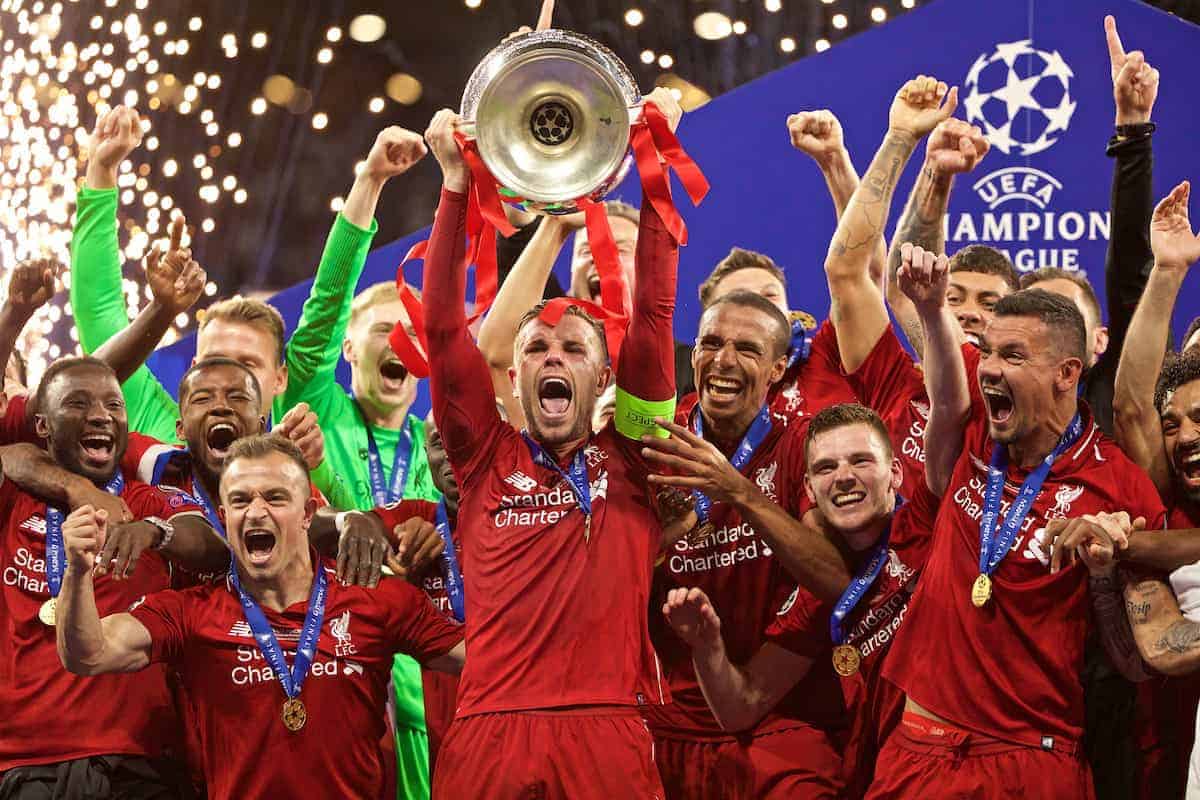 Liverpool remain in seventh place in the latest edition of the Deloitte Football Money League, but recorded a £77.9 million increase in revenue after a hugely successful 2018/19 season.

The annual Deloitte rankings breaks down and profiles the highest revenue generating clubs in world football, with season 2018/19 under the microscope – whereby the Reds secured their sixth European Cup and finished second in the Premier League.

Broadcast revenue saw another sizeable increase, as expected, due to greater distributions from UEFA and the Reds securing the highest percentage of funds from the Premier League, with a total £41.2m rise from last season.

Notably, Deloitte also pointed to the impact of Anfield hosting concerts as a key contributor to commercial growth (up £34.6m) alongside their exploits on the field.

Liverpool’s revenue in 2018/19 sees them positioned in seventh place, with the Premier League strongly represented in the top 10 with five sides, while a further three reside in the top 20 worldwide.

The Reds are sat behind only Man United (third) and Man City (sixth), but the former is at risk of losing their position as the highest revenue-generating club in England after failing to qualify for the Champions League this season and with no assurances that it will change come next year either.

Despite an increase in revenue and a domestic treble, City dropped one place due to the rise of Paris Saint-Germain.

And while Liverpool moved ever closer to eclipsing City, Deloitte suggests a breakthrough into the top remains possible but it will be further in the future:

“Whilst it is unlikely that Liverpool will improve its placing next year due to new commercial deals signed by Manchester City, long-term ambitions of a top five Money League position in future editions are not unrealistic.”

Liverpool have, of course, strengthened their commercial standing by agreeing a lucrative deal with Nike starting from June 1, while further success in the topflight and in Europe will only strengthen the Reds’ position in the rankings.

The club’s strong positioning in the Money League continues to show the impressive structure of how successful the club is operating both on and off the field.

A well-oiled machine with a clear direction, where further investments in the world of technology alongside their existing exploits is ensuring the club will remain in healthy financial position for the foreseeable future.

* You can view the full Deloitte report, here.