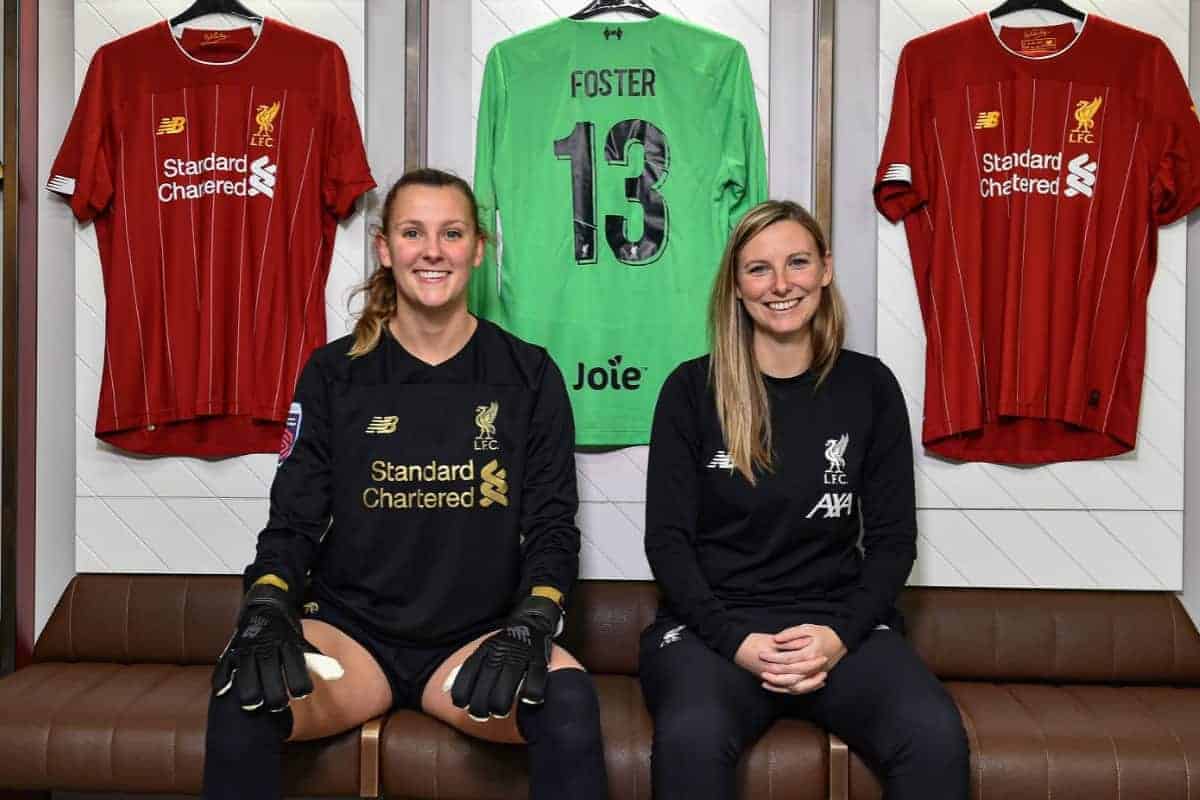 Vicky Jepson has added to her ranks for the second time this month, with Foster joining Rachel Furness as the latest addition to the club.

Foster has now linked up with the squad having successfully finished her education and collegiate career at West Virginia, where she played 84 games and kept 39 clean sheets.

The 21-year-old, who will wear the No. 13 jersey, is a Canada U20 international and a longtime fan of the club and she proudly has ‘You’ll Never Walk Alone’ tattooed on her arm.

It is a “dream” move for the young goalkeeper and she is eager to absorb all the information she can.

“It’s been a dream for me to play for Liverpool since I was a young kid,” she said.

“I’m going to come in, work hard and do everything I can to help out.

“I got the tattoo in 2014 after my grandmother passed away. My grandparents are both from Wavertree in Liverpool but moved away during the war. It’s just a commemorative thing to show that they are always with me.” 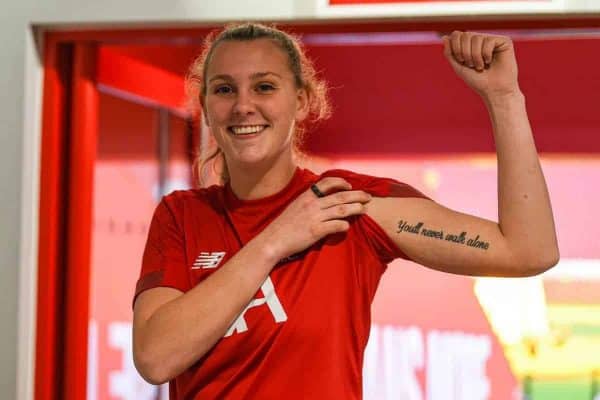 With Anke Preuss and Fran Kitching, who recently sustained a nasty head injury, established members of the squad in between the sticks, Foster is a signing for the future, with Jepson looking forward to seeing what she can bring to the side moving forward.

“Rylee is a good signing for us. It’s about signing a good quality goalkeeper that brings competition to our current squad. She’s a fantastic fit for us for the future,” Jepson said.

“We’re glad to have such a young, talented individual join our squad that will add strength. She’s settled in well and we’re looking forward to seeing what she’s capable of.”

Liverpool Women lifted themselves off the bottom of the table with their first win of the Women’s Super League campaign against Bristol City last time out.

The Reds have picked up just six points from 12 league games to date and sit above Bristol on goal difference, ensuring there is still plenty of work to be done to retain their place in the topflight at the end of the season.

They will be back in action on Sunday afternoon in an FA Women’s Cup tie against Blackburn Rovers.