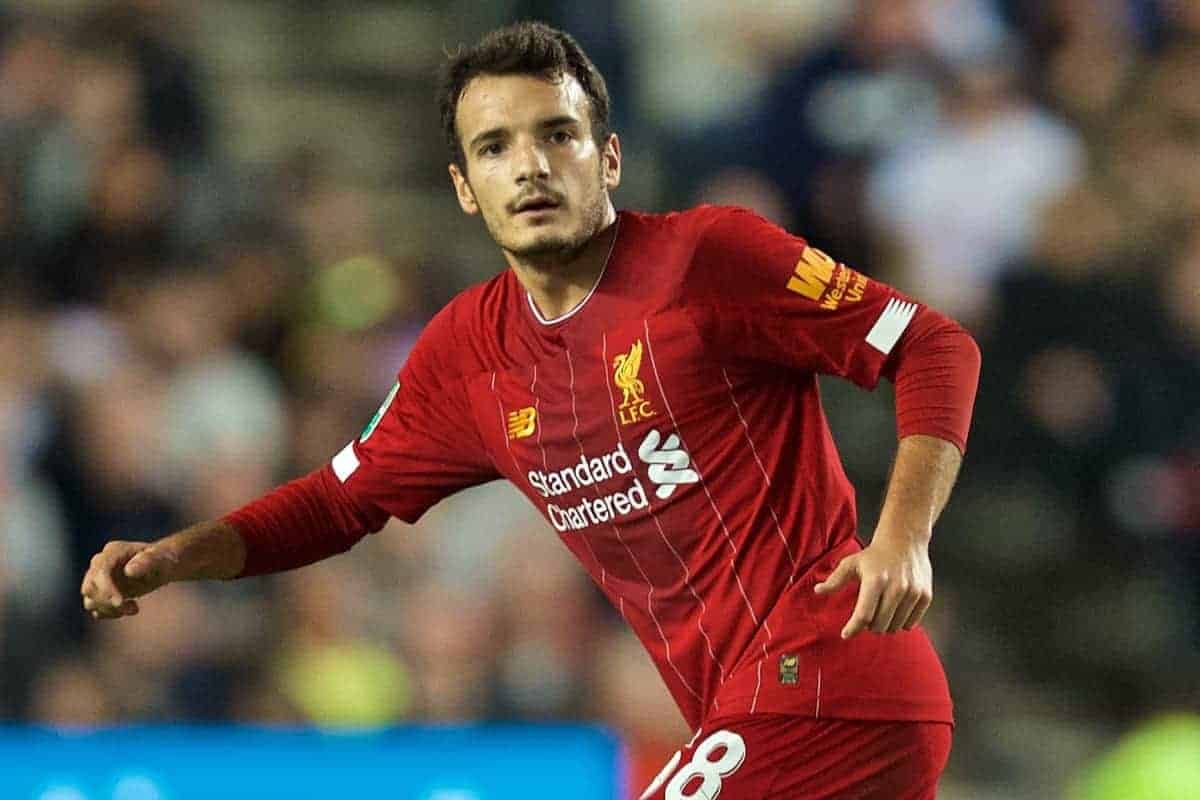 Midfielder Pedro Chirivella believes Liverpool were always going to deliver against Everton, no matter how inexperienced a side Jurgen Klopp fielded.

Academy graduate Curtis Jones scored a superb winner to settle the FA Cup third-round tie at Anfield and become the youngest player – at 18 years and 340 days – to score in a Merseyside derby since fellow Toxteth-born forward Robbie Fowler.

Klopp’s starting line-up cost just £43.9million and contained two debutants in new signings Takumi Minamino and Nat Phillips, who was brought back from a loan spell at Stuttgart, while Yasser Larouci became the third player to make his maiden appearance when James Milner went off injured early on.

After weathering some early Everton pressure, in which they created four decent chances and should have scored at least twice, the Reds gained control of the game and nullified their vastly more experienced opponents.

But Chirivella, who excelled in midfield, said there was no chance of what was effectively a third-string team letting down the boss.

“It was a starting XI who probably never played together and in the first 20 minutes it was chaotic but it was good because we got the crowd going,” said the 22-year-old Spaniard, making only his ninth appearance.

“After that, we got control of the game in midfield and started passing the ball to each other and creating chances.

“We got told just to give everything, not to worry if we are not right in the press or are not pressing well, just give everything and run for each other.

“Everyone was responsible for everyone and I think we did that and we are very proud of it.

“I thought we played our way. When Liverpool play our way then it’s hard for any team, no matter who the players are on the pitch.

“We train all together and we try to get better with each other and I think it was hard for Everton because we were very good.

“I think in the second half we were much better than them and we deserved to go through to the next round.”

Jones – who scored the winning penalty in the Carabao Cup shoot-out against Arsenal back in October – seized his chance on the big stage but it came as no surprise to any of those players who have come through the youth ranks with him.

“I’ve known Curtis for a long time and I’m super happy for him,” added Chirivella.

“I know he has this special thing that only a few players have and I’m very happy that finally he is showing what a talent he is.

“I have played with the likes of Neco (Williams), Harvey (Elliott), Curtis for a long time.

“At the end of the day, we just play football and it doesn’t matter if it’s under-23s or first team, we have to give everything and just be ready for every chance we get. I think we showed that we are ready.”