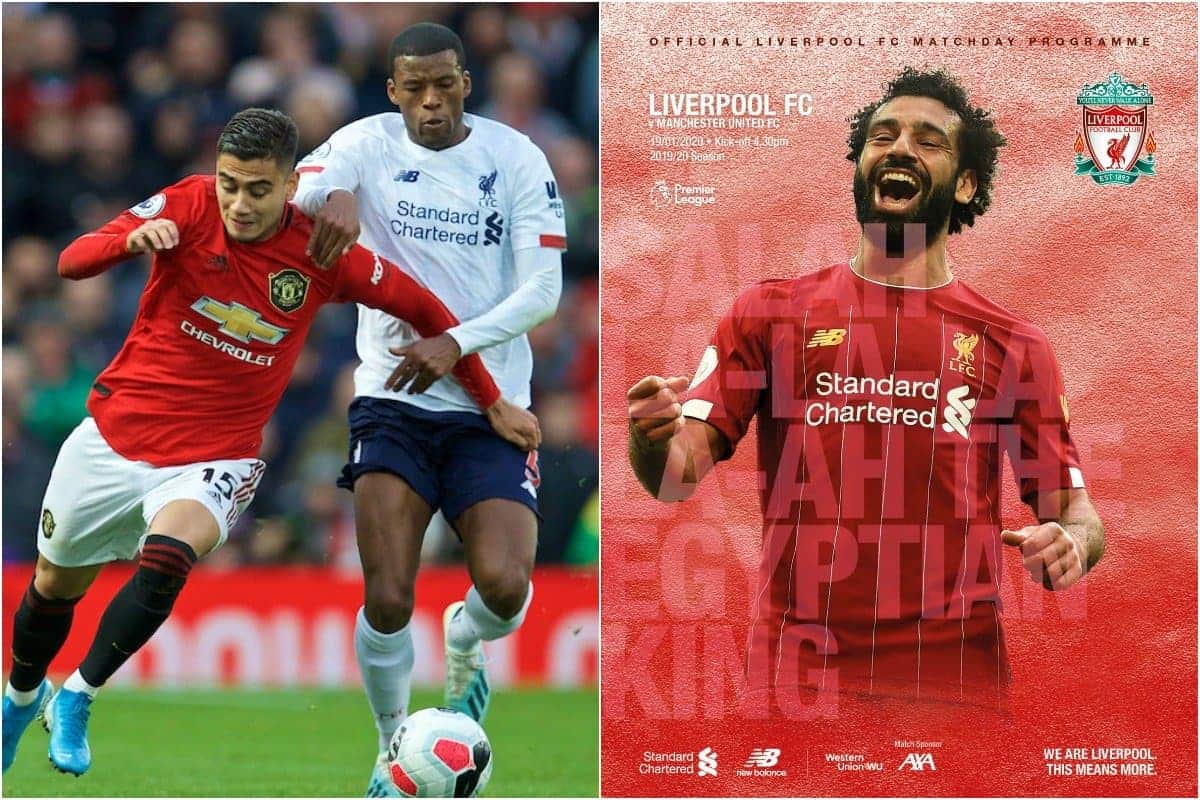 A plethora of chants, songs and ‘football banter’ are to emanate from the stands on Sunday, but the only point-scoring worthy of attention is on the field.

Of all the chants that will come from the Anfield away end on Sunday, the one I’m looking forward to hearing the most goes like this.

It’s their classic ‘we’ve won more leagues than you’ chant, their biggest playground rivalry taunt. And they’ve been singing it since 2013. Which is precisely why I love hearing it at Anfield every year because it’s an annual reminder that they haven’t won the Premier League title since.

They’ll be singing it throughout the 2020/21 campaign too because while Man United are lost in transition, which has been going on for seven years and counting, Liverpool are having a league campaign that may yet prove to be better than anything any of their teams ever managed. By some distance.

The straw grasping is already in full swing in Manchester. Unable to accept how far behind Liverpool they are, their supporters have convinced themselves that VAR is the only reason that Jürgen Klopp’s side are on course to be champions.

Their desperate –and quite frankly hilarious– attempts to somehow think they can discredit anything the Reds achieve through social media posts is a whole new level of the Mancunian obsession of needing to have a moral high ground over Liverpool. It’s an entrenched insecurity that has been passed down over generations.

It’s for the same reasons that they’ll sing about Heysel (‘Without killing anyone…’) when our Champions of Europe tune rings around Anfield. It satisfies their need to do Liverpool down, to try to mask their own failures by attempting to make ours seem less valuable or unfairly achieved.

We don’t need to go over the whole historic social, economic rivalry between the North-West’s biggest two cities, but the rivalry for business, wealth and all the rest of it has manifested itself over the years in the songs that Manchester United supporters sing. 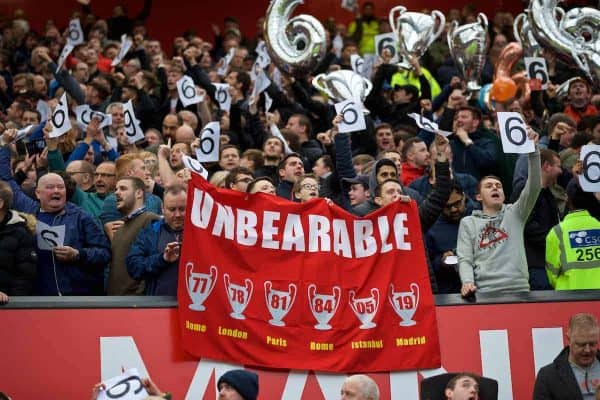 In your Liverpool slums. Sign on. Town full of smackheads. Feed the Scousers. Always the victims. And they pass off the ‘bin-dippers,’ ‘victimpool’ and ‘self-pity city’ slurs as football banter. In reality, it’s out-and-out systematic degradation through pure fear.

The Manchester Ship Canal allowed Manchester to compete with Liverpool as a city. They’ve been trying to push our heads under the murky water ever since.

Ironically, this has given Liverpudlians the moral high ground they so crave. How many Kop songs can you name that reference the severely deprived areas of Manchester and the huge problems they have with the homeless, spice and knife crime in the city centre (Piccadilly Gardens, for example)? None. Because we’re better than that, more socially conscious.

Liverpool supporters will, quite rightly, give Manchester United players, managers and supporters stick, but we don’t need to flag up their city’s social issues to score poverty-shaming points. We’ve got enough points in the Premier League to be getting on with anyway.

Yes, Munich and Hillsborough songs can’t be ignored either (the Munich song clearly came first, yet since when did two wrongs make a right?) – but we’re now in a social media era where anyone singing anything inappropriate or making derogatory gestures referencing either disaster or Heysel, can find themselves going viral on Twitter and put their jobs at risk.

Perhaps, finally, that threat of exposure from the smartphone generation will see the unpalatable, embarrassing side of the Scouse-Manc rivalry fade away with more focus on the actual football. Although given some of the racism issues at other clubs this season, maybe it won’t.

So, whether they’re clued up enough to realise how it now comes across is debatable, but when the Manchester United supporters sing ‘Twenty Times’ at Anfield on Sunday remind yourself that LiVARpool are 27 points clear of them at the top of the Premier League. A league they haven’t won for seven years and have no prospects of winning again in the foreseeable future.

And who knows, by May 2021, perhaps they won’t want to sing about teams that have won 20 league titles at all.

* Chris McLoughlin writes for This Is Anfield each week; he’s also a senior writer for the Official LFC Matchday Programme and LFC Magazine. You can order both here.