Nat Phillips has had himself quite the six months: a first loan move abroad, a professional debut and now a first game for Liverpool, too.

The defender impressed 18 months ago in pre-season, but found his 2018/19 campaign largely interrupted by injuries.

After playing a part once more this past summer, the time had come for Phillips to get some real first-team experience—but rather than the usual switch to League One or Two, Phillips made a brave choice.

A move to Germany’s second tier and VfB Stuttgart ensued, where he played the first half of the season before rejoining the Reds at the start of January, and he has given a fascinating look at his time away and the challenges faced by a youngster away from home—both on and off the pitch.

Here, of course, he played against Everton in the FA Cup third round, and has now told the club website about his feelings after finally making his first start with the Reds. 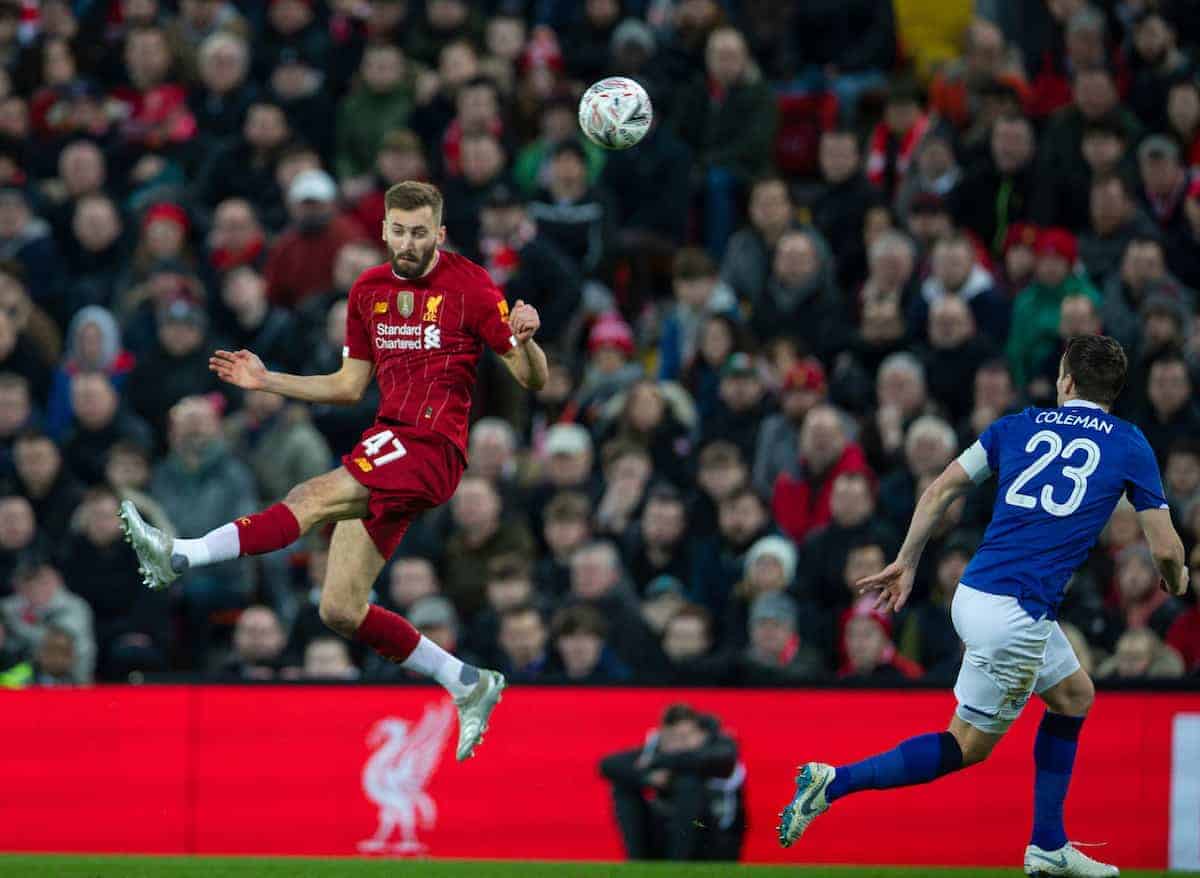 “Obviously [it’s] the highlight of my career so far to play in a derby at Anfield in the FA Cup, get a win and a clean sheet.

“I mean, you can’t really ask for much more from your professional debut for Liverpool. I’ve just got to enjoy it now.

“Obviously I’ve trained with the boys a lot, so I know what they’re like.

“But spending four or five months away playing a different style of football in a different country, [the Everton match] was a real sort of realisation of how different the styles of play are.

“It was a bit of a shock for me first 10 minutes at how fast-paced the game was because I’ve been used to a slower-paced game in Germany.

“But you’ve just got to get over that and do your job. Fortunately we managed to do that with a clean sheet.”

But all that came after a half-season in Germany, where Phillips made his senior bow in professional football and earned a first taste of regular action.

All told, he made 11 appearances for Stuttgart, and the expectation is that he gets another half-season loan—probably back to the same club—toward the end of this month to continue his development.

It has now emerged that, while he was away, he was producing a video with 180 Productions to give an insight into what life is like for a young player on a temporary switch abroad. 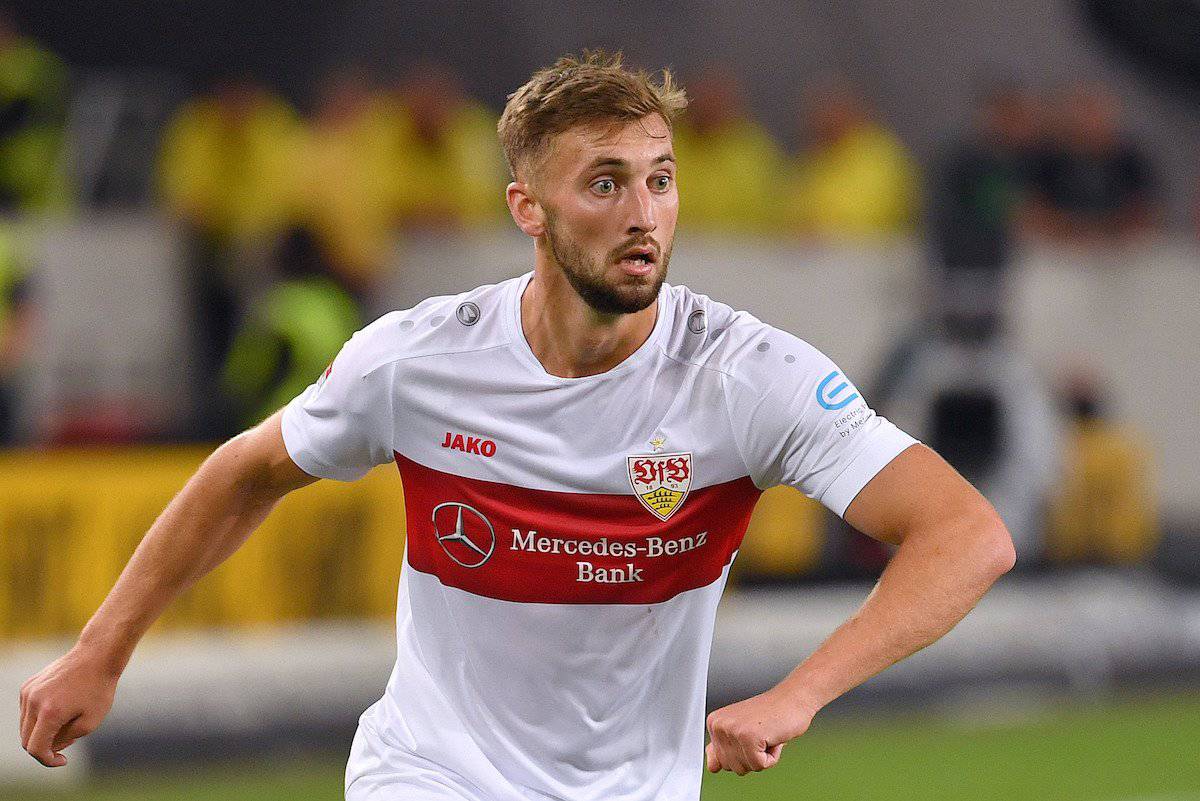 That overseas loan is something several have opted for from Liverpool recently; Sheyi Ojo went to France last season, Isaac Christie-Davies has switched to Belgium this week and the likes of Allan, Taiwo Awoniyi and others have been loaned overseas out of necessity.

In the video, Phillips explains how his move to the Reds came about—just before he was due to fly to America to continue his career there—as well as revealing that his first-ever senior shirt wasn’t being kept for himself, but as a thank you to his parents who have supported him throughout his journey.

Rare footage of Phillips on-pitch work with Stuttgart is shown too: a breakaway move which he starts and finishes with some neat footwork and passing and a fantastic low finish.

It’s presumably from a friendly encounter, as he didn’t score a first-team goal while with Stuttgart, but it highlights the reasons for his move—to develop his on-the-ball comfort and awareness.

Phillips talks about the fanbase, the stadium and the size of the club as big positives when deciding to move to the 2.Bundesliga, before we’re also given an insight into his off-pitch life in Germany.

The 22-year-old speaks on being “self-sufficient for the first time,” with this being the first time he has lived away from his parents.

That’s not something to be overlooked when it comes to an inexperienced youngster, let alone all the factors that come with the sporting side of the move.

His battles with learning the language also get a mention, laughing at his first training session where “I was pretty much just running around shouting ja and gut as they were the only words I knew! I bet they thought I was a bit of a psychopath shouting yes and good!”

Phillips clearly sees the switch as a major positive for a variety of reasons, and the hope will be that he’s again able to kick-on now with renewed confidence having made his Reds’ debut, too.