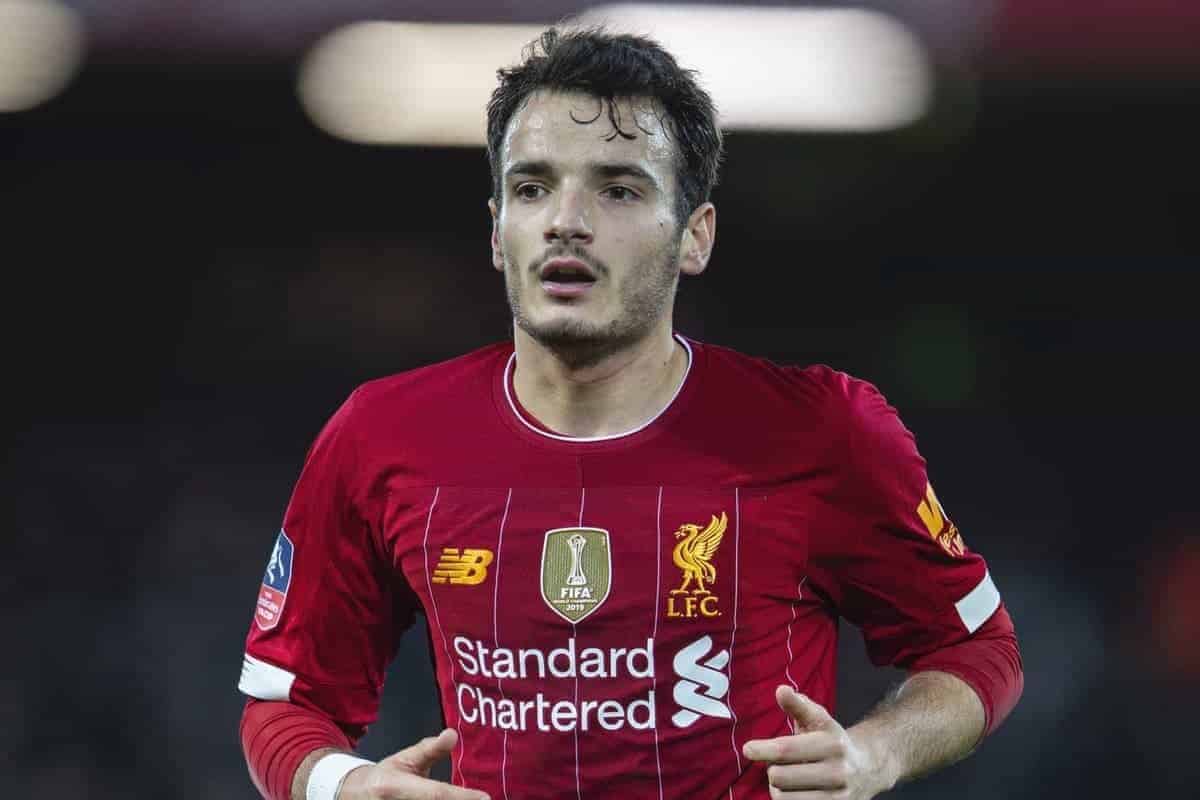 Pedro Chirivella‘s eye-catching performance against the odds in the 1-0 win over Everton on Sunday highlighted the team-first mentality at Liverpool.

By Pedro Chirivella‘s own admission, he won’t be at Liverpool for much longer.

But the club’s longest-serving player—who at 22 is exactly the same age as Joe Gomez, but has made 80 fewer appearances for Liverpool—belied that with a roaring performance as a youthful Reds side embarrassed Everton in the FA Cup.

Stationed in midfield alongside Adam Lallana and Curtis Jones, Chirivella was the surprise name on the teamsheet, benefiting from injuries to Fabinho and Naby Keita as Jurgen Klopp rested his key players.

Such is his peripheral status the Spaniard’s inclusion was mocked by some fans on social media, but it was deserved after he held his own as the club’s youngest-ever lineup fell to a 5-0 defeat to Aston Villa in the League Cup.

At Villa Park, he was mature and assured, but unable to quell the tide as Neil Critchley‘s academy talents suffered a heavy loss; at Anfield, he slotted in seamlessly.

While Everton produced a series of chances in the first half of the third-round clash, and Klopp had Adrian to thank for keeping them at bay, the game swiftly shifted in Liverpool’s favour.

They began to find composure on the ball and kept up their intensity off it, stifling their opponents with 57.3 percent of the possession: when they lost it, the Reds quickly regained it, and passed their way out of tricky situations. 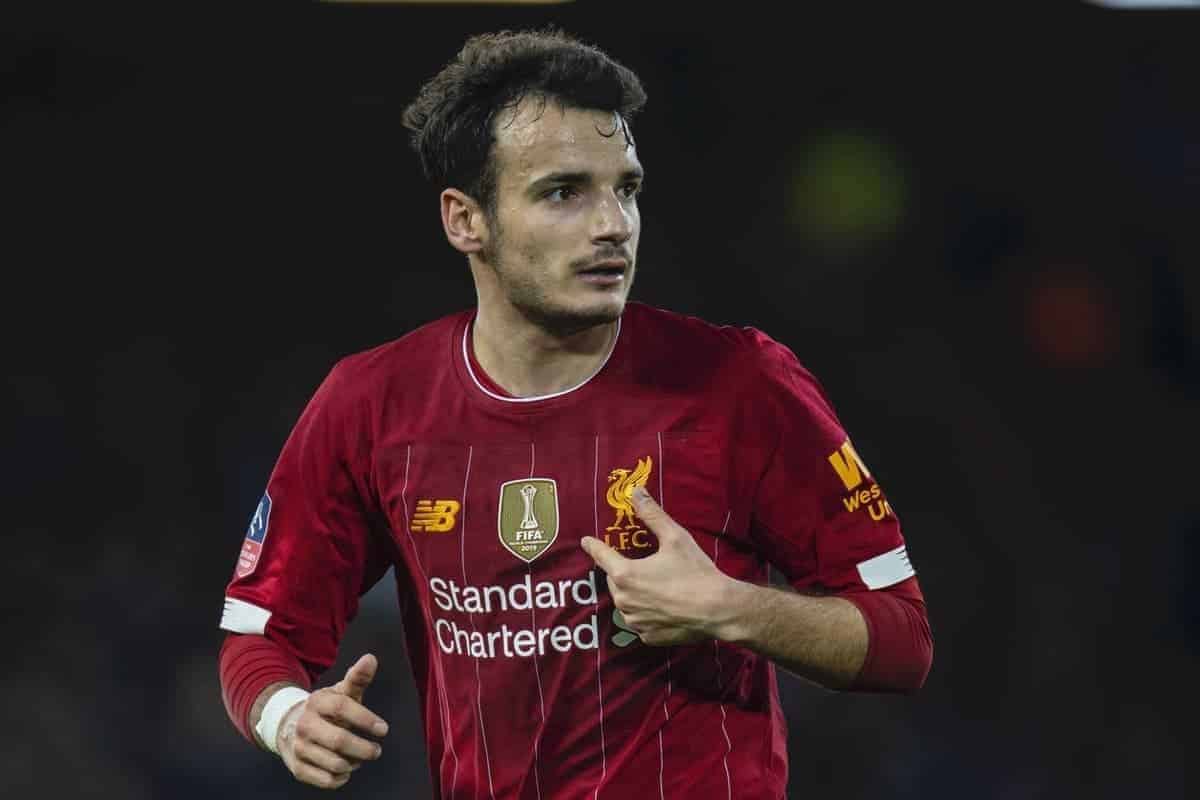 Key to that was Chirivella, who saw more of the ball than any other player (8.9 percent of possession), and more than Everton‘s abysmal duo of Gylfi Sigurdsson and Morgan Schneiderlin combined (8.4 percent).

Filling the role typically reserved for the exemplary Fabinho or Jordan Henderson, Chirivella kept up with the physical demands of the game, with only Yasser Larouci making as many interceptions among Klopp’s side (two).

He took a simple approach, with his two-touch play providing Liverpool with their metronome to navigate Everton‘s press, and his expansive passes out wide allowed Larouci and Neco Williams to overlap, in keeping with the first-team blueprint. 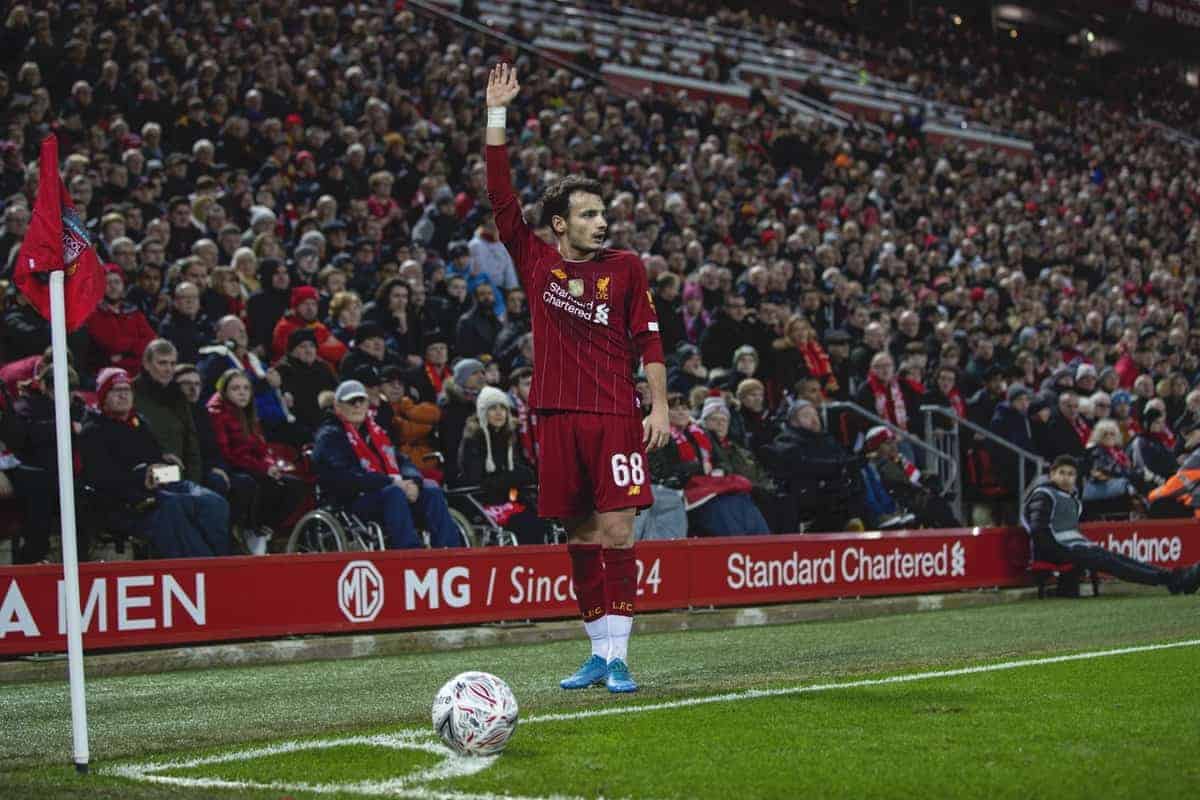 Chirivella took set-piece duties, too, with the responsibility entrusted to the No. 68 a testament to his respect among the squad and from Klopp himself.

On a night flecked with standout displays—from the match-winning Jones, to the fearless Williams, to the rocksteady Adrian and Gomez, and to the standard bearer in Lallana–Chirivella was a convincing candidate for Man of the Match.

After the game, Klopp revealed he and his backroom staff had been “over the moon” with the midfielder’s performance against Villa, and made a point to namecheck him, Williams and Larouci again when asked to summarise Jones’ dream night.

Meanwhile, Lallana described his colleague as “outstanding,” and the enduring image on the club’s social media pages after the game was of Chirivella in the tunnel, celebrating arguably the biggest moment of his Liverpool career.

The passion the Spaniard showed after the game—taking to his own Instagram page to write “I HOPE YOU ENJOYED THAT ONE REDS”—was apt, with a team-first culture binding the squad.

“It’s credit to the manager for believing in the younger lads and it’s no surprise to me that we put in a performance like that and we won,” Lallana told LFCTV.

“It’s the mentality that is instilled throughout LFC and that started when the manager came in.

“He wanted to create his own way of playing, his own mentality and you saw that throughout the whole 90 minutes today.” 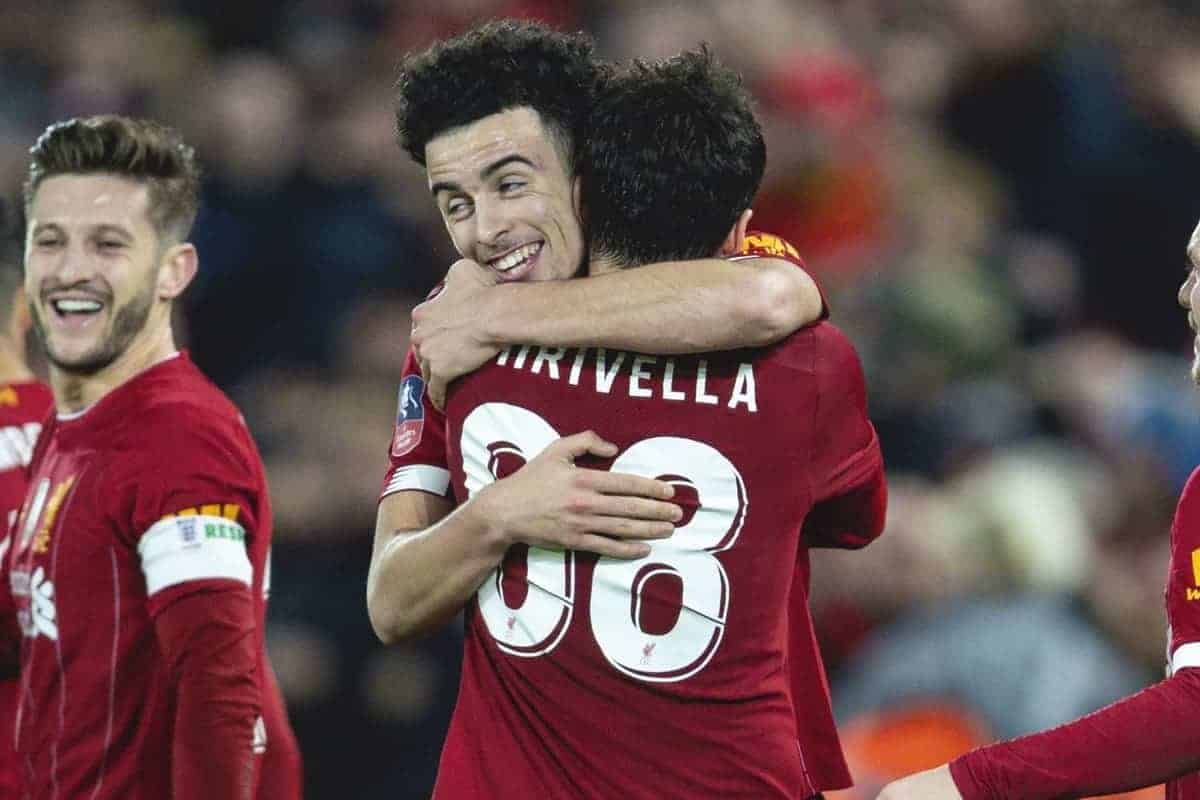 It shone through, too, when Jones spoke after the final whistle, conceding his frustration at a lack of regular minutes at first-team level this season, but adding that “all the lads are taking each days as it comes, step by step.”

“As you saw today, the likes of me, Nat, Harvey, Rhian when he came on, we’re bursting with energy,” he continued.

“Because we’re following exactly how the seniors do their recovery. That’s perfect for us and I think it showed today.”

That step-by-step approach is exemplified after every game as the likes of Henderson, James Milner and Virgil van Dijk stress that each fixture is taken as it comes, with no emphasis placed on the past.

There is no bitterness from those waiting in the wings, more so a willingness to support when called upon—with Lallana a prime example—and this stretching to the likes of Phillips and Chirivella is symbolic of the mentality Klopp has fostered.

Phillips made his debut on Sunday evening, having made a brief return from his loan spell with Stuttgart to cover for injuries to Joel Matip and Dejan Lovren, and operated in a functional role as Gomez’s centre-back partner.

That may prove the Englishman’s sole appearance for the club, given the competition for places, but in keeping a clean sheet he showed the endeavour Klopp demands.

The reality is that Chirivella may also have played his last game for the Reds, as though the club are eager for him to sign a new contract before heading out on loan, he told Marca in November that he was seeking a move back to Spain.

This should mark the end of a difficult period for the former Valencia youth, almost four-and-a-half years on from his debut, though his performances in the Merseyside derby and against Villa proved he is capable of shining in England.

Chirivella lost five months of his career due to an administrative error as he joined Extremadura UD in the Spanish second tier last January, which will have been a big blow to a young player still finding his feet in senior football.

That he was willing and able to step up and produce for the Reds when needed, amid uncertainty, shows the mindset spread throughout a trophy-winning side.