Liverpool endeavoured to make their evening harder for themselves, but held on for a 20th victory of the Premier League season, 1-0 at Tottenham.

It was a shock tactic employed by Jose Mourinho in the 2-0 loss to Chelsea in 2014, and Liverpool were dealt another curveball as 20-year-old Japhet Tanganga made his first Premier League start for Spurs.

Whether designed to caught the Reds off-guard or jolt the youngster into a defining performance was unclear, but Tanganga was in the thick of it from the off as Roberto Firmino and Alex Oxlade-Chamberlain both went close.

Liverpool were back to full strength, with Oxlade-Chamberlain the 11th man complementing a familiar lineup, and with Spurs sitting back the world champions attacked relentlessly.

A huge chance fell to Virgil van Dijk with Jordan Henderson‘s dinked cross to the far post, but the Dutchman nodded into Paulo Gazzaniga’s palms as he neglected the power with which he was heading away hopeful long balls at the other end.

Fortunately, however, the Reds’ dominance paid off in the 37th minute, with Henderson’s bravery and Mohamed Salah‘s quick feet working the ball towards Firmino to power home for 1-0. 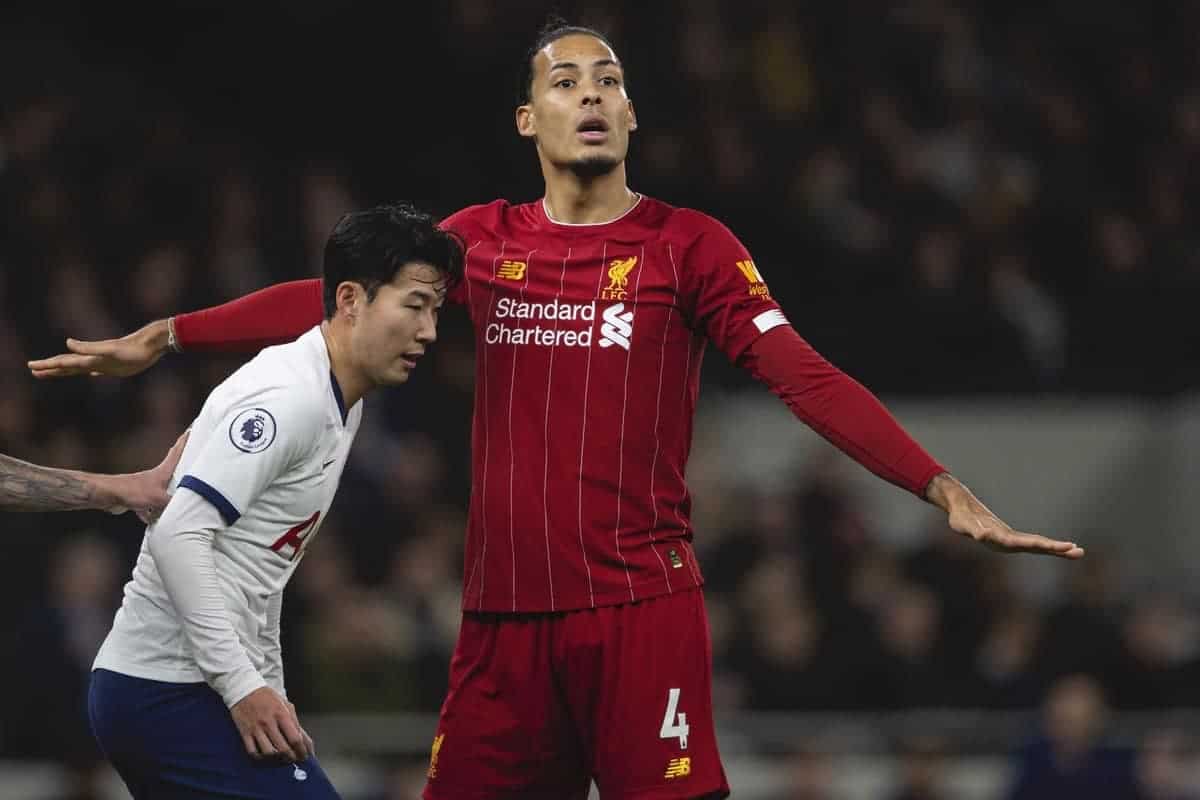 After a half that saw them record just 27 percent of possession, Spurs continued to allow Liverpool the freedom of play in both halves of the pitch, as the home crowd singled out Christian Eriksen for an abject display.

The Reds struggled to take advantage, however, with Trent Alexander-Arnold blazing well wide at the far post and the sliding Davinson Sanchez denying a brilliant one-touch move involving Salah, Firmino and Sadio Mane.

Klopp responded to a mixed performance from Oxlade-Chamberlain by replacing the No. 21 with Adam Lallana on the hour mark, but he will have been more disappointed as errors crept into Liverpool’s game.

Spurs substitute Giovani Lo Celso almost punished one of many lapses in judgment but somehow missed the target from five yards out, which can be considered a let-off on the way to a marginal win.

Ultimately, in a week in which Steven Gerrard admitted a title would ease the pain of his slip in that game at Stamford Bridge, it was another priceless three points for the Reds magnified by a defeat for Leicester earlier in the day.