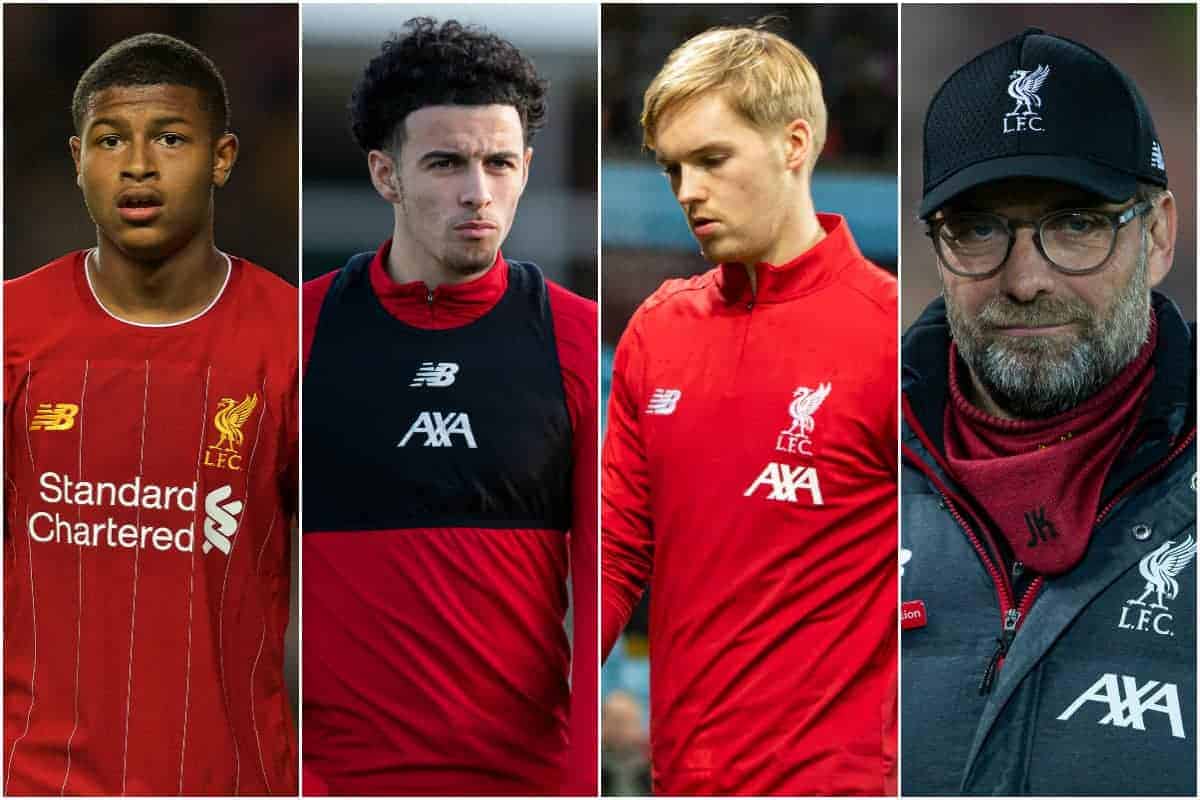 Liverpool are likely to oversee another quiet January transfer window, but the surprise signing of Takumi Minamino does prove anything can happen.

Minamino officially became a Reds player on January 1, having already joined his first training session at Melwood the previous day.

The Japan international met his new team-mates and took part in preparations for Thursday night’s clash with Sheffield United, though will need to wait for his debut on January 5.

A £7.25 million arrival from Salzburg, the deal for Minamino came out of the blue, and is the first January signing Liverpool have made since Virgil van Dijk‘s £75 million move from Southampton in 2018.

But what else can we expect from the Reds before the deadline at 11pm on January 31?

?? Klopp says it's "not likely" Liverpool will make any more signings this month. pic.twitter.com/syLChhYIX9

Speaking in his first press conference of 2020, Klopp heralded the signing of Minamino, but forecast a low-key rest of the window in terms of incomings.

“I think every year we have the same situation,” he told reporters.

“If you would ask me ‘do you want to buy a centre-half’, I would say ‘yes’; in two weeks [it would be] ‘no’, because then they are all back. It’s like this, it’s always tricky.

“No, we probably will not be too busy in the transfer window. We will see what happens, but no, it’s not likely.”

The stance, therefore, is that as ever Liverpool are open to developments throughout the month, but it would appear Klopp is not actively seeking to strengthen his squad.

His example, with the injuries to Joel Matip and Dejan Lovren, is apt, as though some have suggested further cover is required for the fit duo of Van Dijk and Joe Gomez, that would undermine the balance in the current setup.

Klopp has, of course, already moved to reinforce his back line with the recall of Nat Phillips from his loan spell with Stuttgart.

Phillips was part of the New Year’s Eve training session along with Minamino, and though his return is likely only to be short-term—with a move back to Stuttgart expected before the end of the month—he is now available to deputise.

The 22-year-old should be involved in the FA Cup third-round clash with Everton on Sunday, and could be named on the bench until Matip or Lovren make their comeback.

Two more loanees should report back to Melwood this month, too, with Shamal George and Rhys Williams only heading out on half-season deals in the summer.

The pair did turn out for Marine and Kidderminster Harriers on New Year’s Day respectively, though, and it could be that an extension of their spells will be agreed.

Ben Woodburn is already back on Merseyside, as he receives treatment for a broken foot, but should stay with Oxford United until the end of the season—talks are underway over whether Liverpool will pay his wages from now on.

One of the biggest stories to look out for this month is Rhian Brewster‘s long-mooted loan exit.

The 19-year-old has made just two appearances for the first team so far this season, and has barely been a fixture on the substitutes’ bench, but should be granted his request for a temporary move.

Swansea are the most likely destination, allowing Brewster to link up with his former England under-17s manager Steve Cooper, who was also previously Liverpool’s academy manager.

The Swans have already seen Sam Surridge recalled by Bournemouth, and with Borja Baston set to leave the club this month, Brewster could arrive as first-choice striker.

Cooper’s side have also been credited with an interest in Curtis Jones, and the midfielder could be in line for a short-term switch of his own.

Speculation has also mounted over a January move for Nathaniel Clyne, who is claimed to be nearing a return to full training after an ACL injury.

There is no word on the clubs interested in the right-back, but with six months left on his contract with the Reds and seemingly no way back into Klopp’s reckoning, a cut-price deal could be agreed.

Clyne made five appearances for Liverpool last season before joining Bournemouth on loan in the January window, and though he would provide experienced cover for Trent Alexander-Arnold, a permanent departure is likely.

Adam Lallana has also entered the final half-season of his deal with the Reds, and though he is not available for transfer this month, the midfielder can speak to clubs outside of England regarding a Bosman move in the summer.

Another player who could move on loan is Caoimhin Kelleher, particularly if a heavily rotated side loses to Everton in the FA Cup, with Preston among the clubs linked with the Irish stopper.

There is scope for the likes of Neco Williams, Isaac Christie-Davies and Tony Gallacher to head out too, though Klopp will be eager to avoid leaving his squad short.

Both Herbie Kane and Pedro Chirivella could leave on permanent deals, with Kane attracting the likes of Hull and Charlton.

Finally, Liverpool could agree a deal for Allan Rodrigues to cut his ties with the club after four-and-a-half years, with Fluminense expected to secure his signing on a long-term basis.