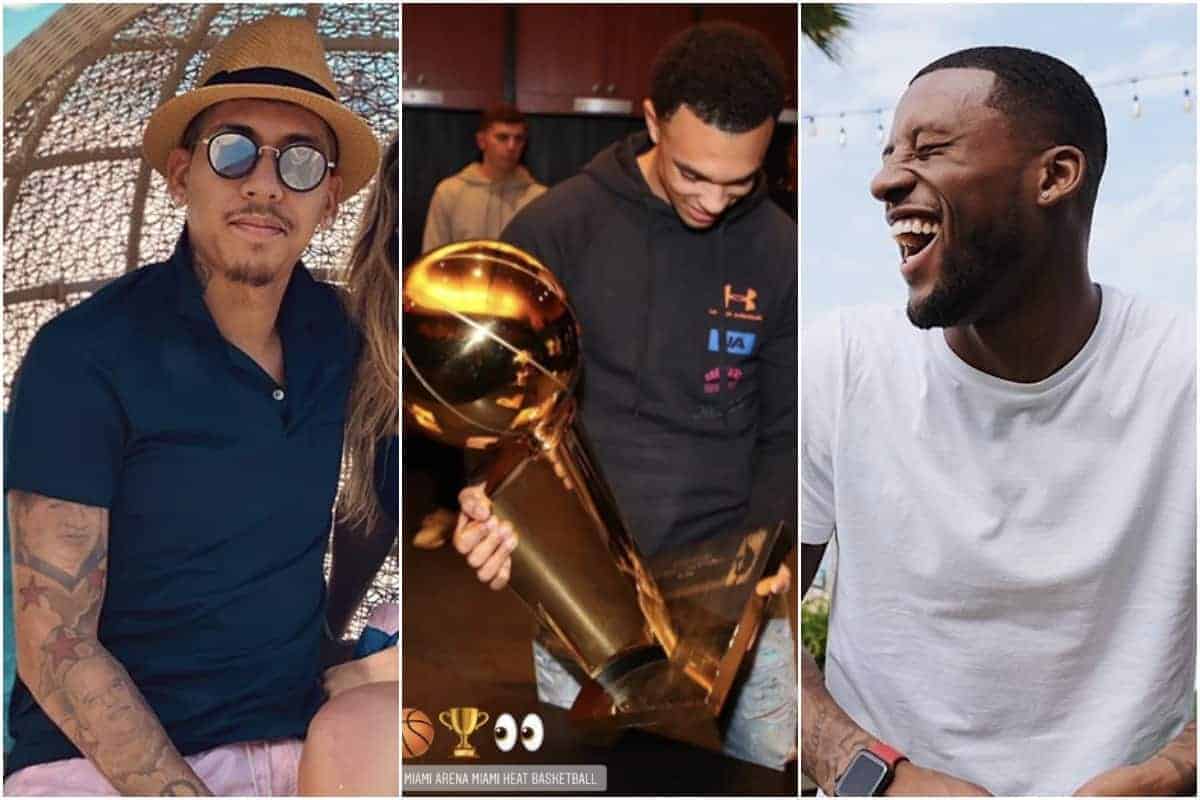 Liverpool players jetted off around the world to enjoy their winter break, with chasing the sun a common theme.

For the first time in Premier League history, club’s were handed a winter break – falling in line with fellow European leagues, albeit later in the season.

As well known, a spanner was thrown into the Reds’ plans as failure to secure a result over Shrewsbury in the FA Cup ensured a replay was required: during the winter break.

And Jurgen Klopp was in no mood to entertain such plans, sticking to his promise to his senior figures that they would be able to take time away from Melwood after 39 first team fixtures to date.

“It’s not a break, it’s not that they don’t train—we send coaches with them,” Klopp said. “They train, but not here at Melwood, not football, just to keep the body going a bit.”

So while Liverpool’s youngest-ever side clinched a memorable 1-0 win over Shrewsbury to qualify for the fifth round of the FA Cup, a number of Klopp’s first team faces took to foreign lands for an important mental and physical break.

James Milner notably stayed close to home and continued his recovery from a hamstring injury, training and offering his presence for the Anfield fixture, and many joined in on the hunt for means to watch the club’s brightest young talents in action whilst on their break – with Adrian particularly enthralled by the turn of events:

With an energy-sapping season to date and energy levels visibly starting to wane as the weeks ticked by, the majority of players sought out the sunshine as they recharged their batteries ahead of a defining end to the season.

The Reds remain in the hunt for the Champions League and FA Cup and are moving ever-closer to the Premier League title, and so the week-long break provided a deserved breather ahead of an assault on what remains on the table.

Various players took to social media as they each jetted off to various locations, and Alex Oxlade-Chamberlain provided regular updates as he continued to put in the work in Dubai.

He was joined by Dutch duo Virgil van Dijk and Gini Wijnaldum, all of whom were accompanied by the club’s fitness coach Tom King:

A post shared by Alex Oxlade-Chamberlain (@alexoxchamberlain) on Feb 5, 2020 at 4:51am PST

There was still plenty of time to chill and take in the sights for the trio, but now it’s time to get back to work as a “big few months” lie in wait:

Good to have a short winter break but looking forward to getting back to it now. Big few months ahead! ???

Adam Lallana and Trent Alexander-Arnold made their way to Miami, Florida, where they both feasted their eyes on Miami Heats win over the Philadelphia 76ers in the NBA.

They weren’t the only ones with American sports on the agenda as Joe Gomez made his way to Los Angeles where he had a close look at the LA Lakers at the Staples Centre:

Set reply to Out of office ? ?Miami, Florida

Courtside in MIA. Great to meet you @joelembiid ?? @underarmouruk

The ultimate holiday destination and a piece of paradise was sought out by Roberto Firmino and Fabinho, enjoying the sun, sand and sea with their partners in the Maldives:

Their national compatriot in Alisson spent his time in Brazil, where he trained alongside his brother Muriel at Fluminense’s training ground and watched on as they drew 1-1 with Chilean side Union La Calera:

Alisson spending his time off back on Brazil, at Maracana watching the Fluminense game ?? pic.twitter.com/a0PZweK2F6

And there was a case of the homeland calling for Andy Robertson, with the left-back enjoying a round of golf at St Andrews, commonly knowns as the home of golf, in Scotland.

He was eager to assure everyone that safety still came first as he applied “factor 50” as the “Scottish sun is powerful at this time of year”:

Don’t worry, I know the Scottish sun is powerful at this time of year but I had factor 50 on. What a course! Always a pleasure to play here!! #TheHomeOfGolf

Dejan Lovren and Sadio Mane, meanwhile, kept very close to home as they shared snaps in the dressing room as they both looked to rile up Mo Salah, who also made it known that he stayed on Merseyside:

Getting Ready with @mosalah friend ?

Back from the holiday I didn’t go on ?

And finally, it was a very momentous time for both Salah and Jordan Henderson as the duo’s wives reportedly both gave birth during the break.

They arrived nine months after the Reds’ memorable 4-0 comeback over Barcelona and Milner was, of course, on hand to provide a brilliant response on Twitter with “Origi assist #cornertakenquickly”:

Klopp’s squad will now reassemble at Melwood on Monday as they turn their attention back to Premier League action, where first up on the agenda is a trip to cellar-dwellers Norwich on Saturday.

Liverpool are 18 points away from clinching the title, which is subject to change based off Man City’s results, and face a run of six games in 21 days – which includes a trip to Atletico Madrid in the Champions League and the fifth round FA Cup tie at Chelsea.