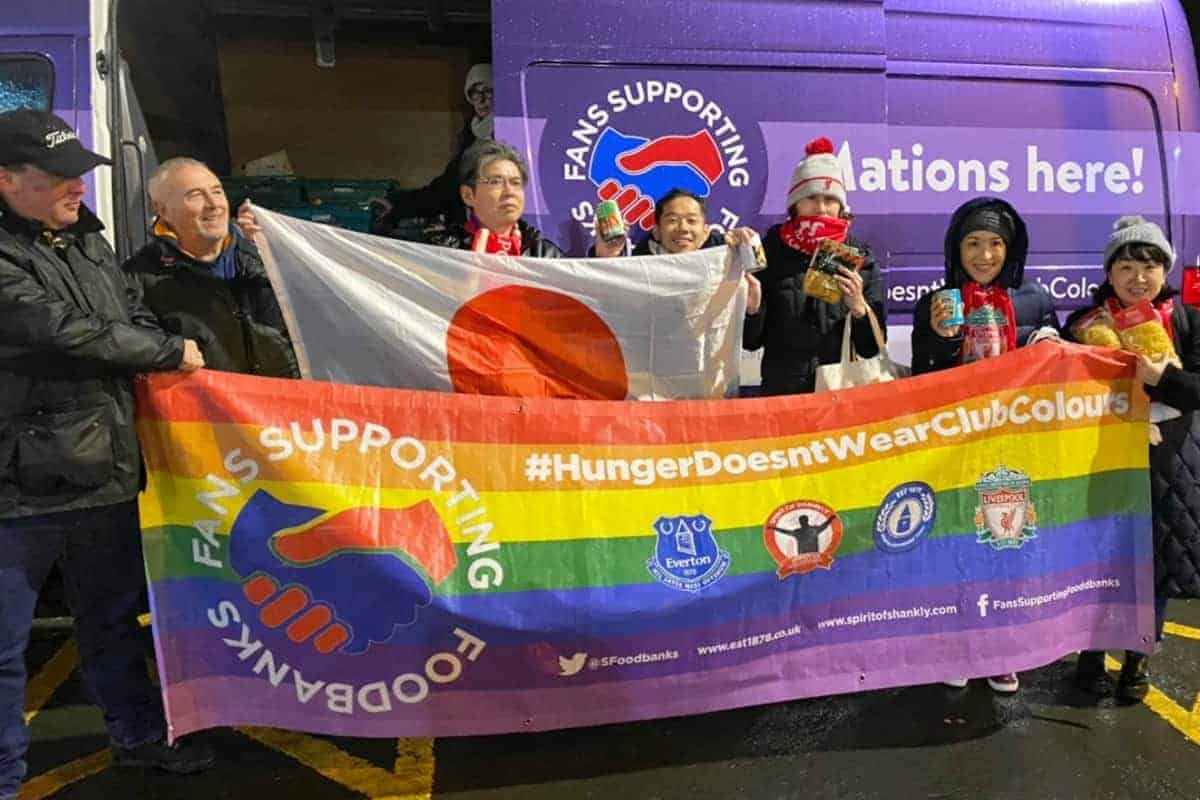 Liverpool’s Japanese fanbase is both passionate and supportive despite being on the other side of the world, but their support is not limited to events on the pitch.

The Reds have a fervent fan base in Japan who follow the club week in and week out, supporting from almost 6000 miles across the globe.

For many, their association with the club is one which makes them feel like “a family member of this big community.”

And their unwavering support for the club’s on-field pursuits extends off it as well, with regular donations to Liverpool’s local food banks and the club’s foundation.

“I knew that there were these fans who supported local food banks in Liverpool and I found out that they were two football fans,” Yumiko Tamaru, secretary of Japan’s supporters’ club, explained to Squawka.

“One is a Liverpool fan and the other was an Everton fan. They have this rivalry but they put it aside and they started to work together for the local people who are in need and I was really impressed by what they do.

“I thought we should support these guys so I wrote a story in a football magazine about this food bank and I started to ask all the Liverpool fans in Japan to donate some food or money.

“Last year in December we raised £4300 so we’re going to donate this money to the club’s foundation and also to the food bank.”

Yumiko is, of course, referring to Fans Supporting Foodbanks, an initiative set up by a group of fans who follow both Liverpool and Everton in response to the crisis on the city’s streets and its homes.

“At the moment there is an official Liverpool supporters’ club in Japan with, I think, a couple hundred of members and they’re dedicated and they support the charities really well,” a Liverpool-born fan living in Japan said.

“I can’t think of any club where the supporters club from the other side of the world is as dedicated to the charitable things the club is doing and not just the players.” 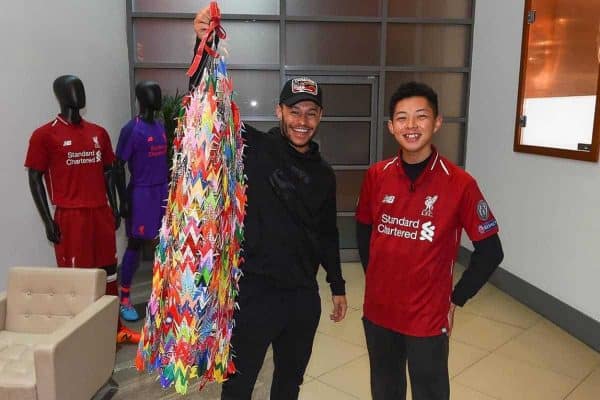 The giving nature of Liverpool’s Japanese supporters base also saw them present Alex Oxlade-Chamberlain with a homemade traditional Japanese gift in 2018 during his recovery from a serious knee injury.

The gift was one thousand paper origami cranes held together by string, which is a tradition when wishing someone who is injured or ill to get well soon.

They are all incredible acts of kindness and ones which show how connected people can be to a club and its city even when thousands of miles away.

There are a number of drop-off points for Fans Supporting Foodbanks (@sfoodbanks) every matchday at Anfield.

You can find them on Anfield Road with a foodbank van, the official LFC retail store and Homebaked bakery on Oakfield Road.