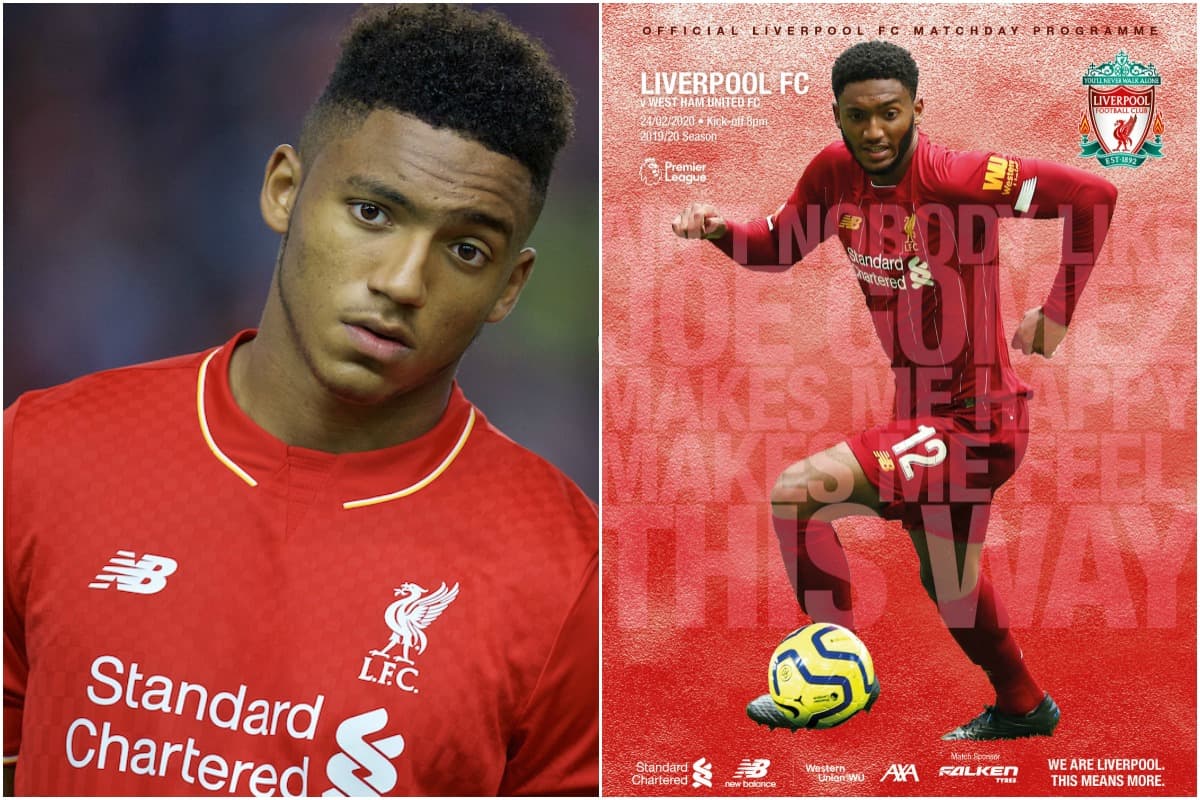 Joe Gomez‘s last Premier League defeat at Anfield came against West Ham in 2015, fast-forward over four years and he is now an integral member of Liverpool’s world-conquering side.

Philippe Coutinho sent off. Mark Noble sent off. Alberto Moreno brought on at half-time for Emre Can to try and rescue the game. It feels like a lifetime ago when you look at where Liverpool are now.

Starting at left-back that day was an 18-year-old called Joe Gomez. Signed from Charlton Athletic that summer, most Kopites new little about him other than he’d played 27 times for the Championship club, mainly as a right-sided centre-half.

That 3-0 defeat was Gomez’ fourth appearance for Liverpool. Four-and-a-half years later, it remains Liverpool’s only Premier League defeat at Anfield in a game Gomez has started. And if you think that’s a good run, consider this. 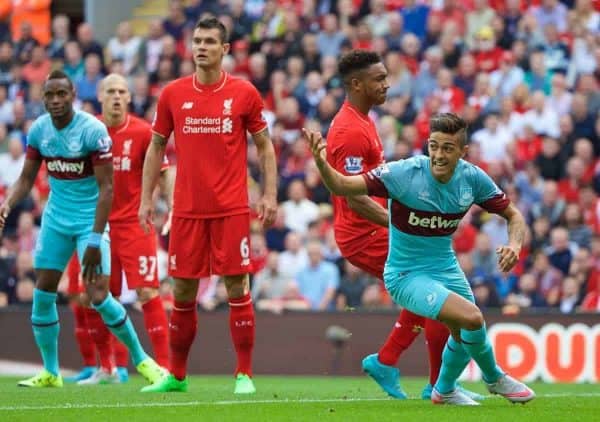 Liverpool haven’t lost a game of football in England, home or away, when Gomez has been in the starting XI since October 2017 against Tottenham at Wembley. Since then, in 59 starts, he’s only been on the losing team in Wales (vs. Swansea), Italy (vs. Napoli), France (vs. PSG) and Spain (vs. Barcelona and Atletico Madrid).

That tells you four things. 1. Jürgen Klopp should confiscate his passport. 2. 40 percent of those defeats have come in games refereed by Poland’s Szymon Marciniak, an official so bad he had me wishing Howard Webb was in charge at the Wanda Metropolitano. 3. If he only loses games at Wembley and away in Europe he’s the perfect England player.

And 4. Gomez has proved his manager right when he decided he had no interest in signing Matthijs de Ligt from Ajax last summer for £68 million. While De Ligt has endured a difficult first season in Italy – even Fabio Borini scored against Juve in a 2-1 win for Hellas Verona the other week – Gomez has flourished at Liverpool.

He didn’t start the season at centre-back – and nor should he have given Joel Matip‘s immense form, the best of his Liverpool career. But since getting back into the team to partner Virgil van Dijk in the heart of the defence for the 2-0 win against Watford in December, Liverpool’s Premier League defensive record speaks for itself.

Yes, VAR has ruled a few goals out, there have been a few near misses and Alisson Becker has been playing like Alisson Becker, but, for me, Gomez has been impeccable for the last two months. He’s in the best-prolonged run of form of his Liverpool career, was the better of the two centre-halves in Madrid on Tuesday night and is now keeping Matip and Dejan Lovren out of the team on nothing but merit.

That he’s only 22, and still learning the game, is the best bit of all because I think Gomez has got the scope to get even better. I’ll give you an example or three.

Arguably Liverpool’s best chance in the Wanda Metropolitano came in the second half when Gomez stepped forward and picked out the head of Mo Salah with a Jordan Henderson style diagonal cross.

Unfortunately, the only thing that ended up in the back of Atleti’s net was Jan Oblak rather than the ball, but when you’re playing against 10 sticks of rock in a dour, organised system designed by a cheerleader in a suit, a piece of creativity like that from a less expected source can make all the difference.

I’m loathed to point out that Gomez is the only regular outfield starter yet to score this season. It’s not his job and leaving him back for corners because he’s got the pace to deal with counter-attacks makes sense, but it is an aspect of his game that Matip and Lovren are ahead of him on. 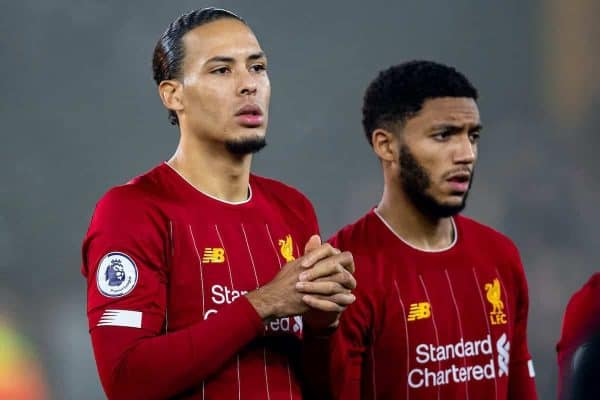 “He sees himself in the future as a centre-half, I’m not quite sure he’s tall enough,” was Michael Owen’s assertion of the 6ft 2ins Gomez back in September 2017 after Gomez had been sent off against Sevilla while playing at right-back.

Not for the first time, Owen has been proved wrong, but when Gomez first came to Liverpool in 2015 I recall someone, who’d seen him play regularly for Charlton, saying he needed to improve significantly in the air if he is to make it at Anfield as a centre-half.

I’ve not been able to find that article or clip – it seems The S*n aren’t the only ones who delete online stories – but it was an area of his game that Charlton’s Academy director Paul Hart specifically worked with Gomez on when he was a teenager.

So maybe there’s still room for improvement there, but that’s not so much nit-picking as looking for one flea on a lion. Plus when you’re playing alongside Van Dijk there isn’t as much need to head the ball anyway. Being mobile, quick and able to read the game is far more important.

Joe Gomez is able to do all of that and more so when you consider that he is just two years older than Matthijs de Ligt, but cost over £60m less, and can get better, he is arguably the shrewdest signing the Reds made during the entire Brendan Rodgers era.