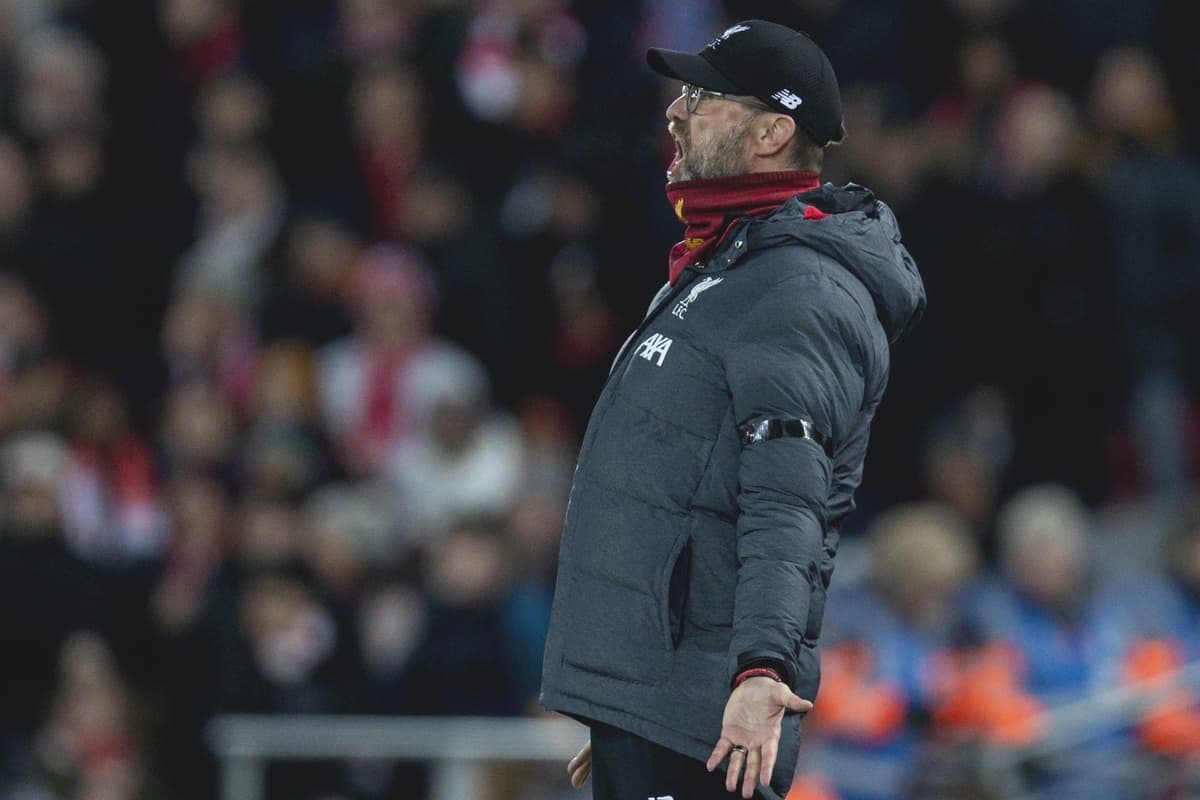 Liverpool may be on course to win the title in record-breaking time but manager Jurgen Klopp does not expect a procession towards a first championship in 30 years.

A 3-2 victory over struggling West Ham left the Reds requiring just four more wins at most to lift their 19th domestic title.

Despite dropping just two points all season, though, the Reds boss does not anticipate it being easy over the next month.

“The next three [points] are always the hardest—it was always like this and we’ve never seen it differently,” he said after the team bounced back from the midweek Champions League defeat to Atletico Madrid.

“Could I have wished for a better position to go into these last 11 games? No, I would never have thought it was possible, but each one of them is really difficult and we respect that a lot.

“We don’t expect one easy game, nobody wants to go through easily, we just have to be ready for work and for the hardest work.”

It was a record-equalling night for Liverpool as a 21st successive league victory at Anfield matched the Reds’ own top-flight record, set between January and December 1972, while an 18th consecutive win drew them level with Man City’s Premier League landmark set in 2017.

Even Klopp, usually so reticent to acknowledge statistical landmarks, is impressed.

“You can only have the number of wins you have if you win all of these games: the difficult ones, the easy ones – if there ever was one—the brilliant ones and the rougher, more grumpy ones.

“In the end, that’s what counts. We all know it’s very special, but in the moment we are really just in the situation and want to recover and prepare for the next one.” 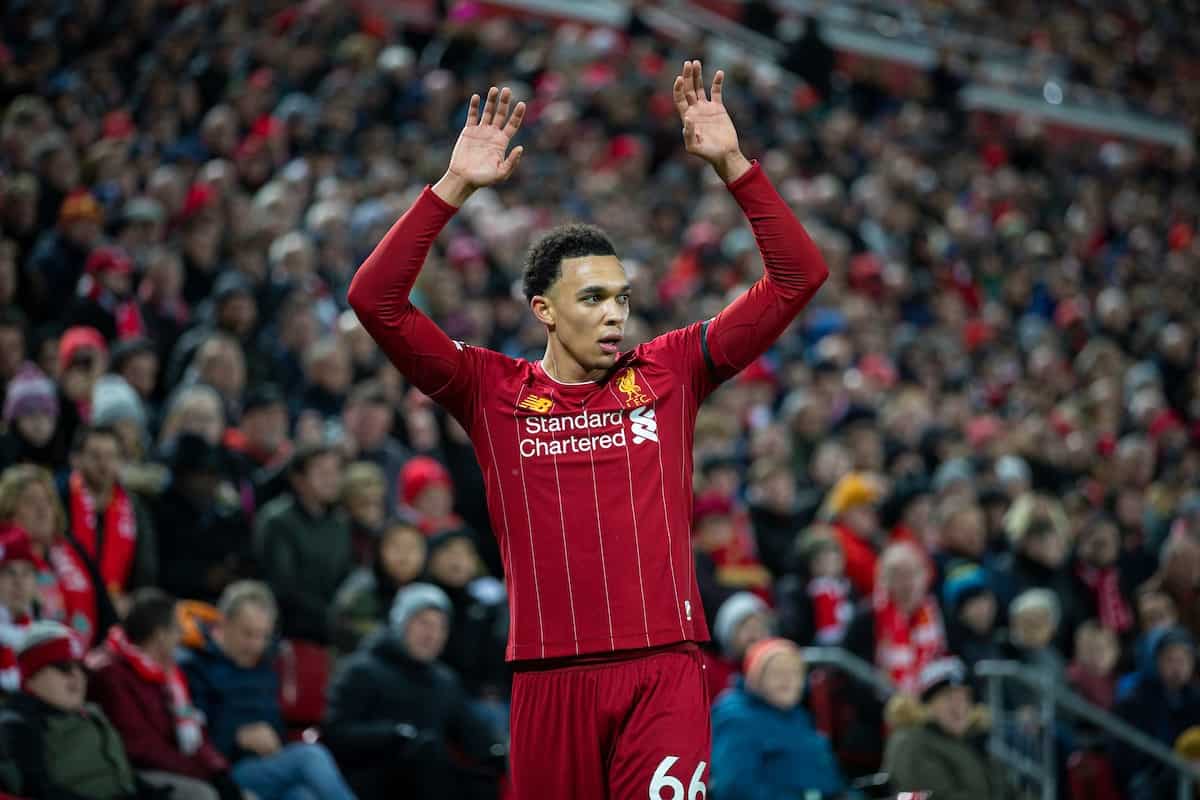 Another record was equalled on the night as Trent Alexander-Arnold matched last season’s Premier League landmark of 12 assists from a defender having supplied the crosses for Georginio Wijnaldum’s opener and Sadio Mane’s winner, sandwiching West Ham goals from Issa Diop and Pablo Fornals and Mohamed Salah’s equaliser courtesy of an error from goalkeeper Lukasz Fabianski.

“I think we passed the moment where we treat him like a young boy, he is just a proper member of the squad,” added Klopp.

“Everybody has to contribute, everybody has to bring on the pitch what he is able to do—and the boys do a lot to bring him or [Andy Robertson] in the position and save them there.

“I don’t want to make the performance more than it is, I am completely happy with it but that’s how football works on the highest level.”