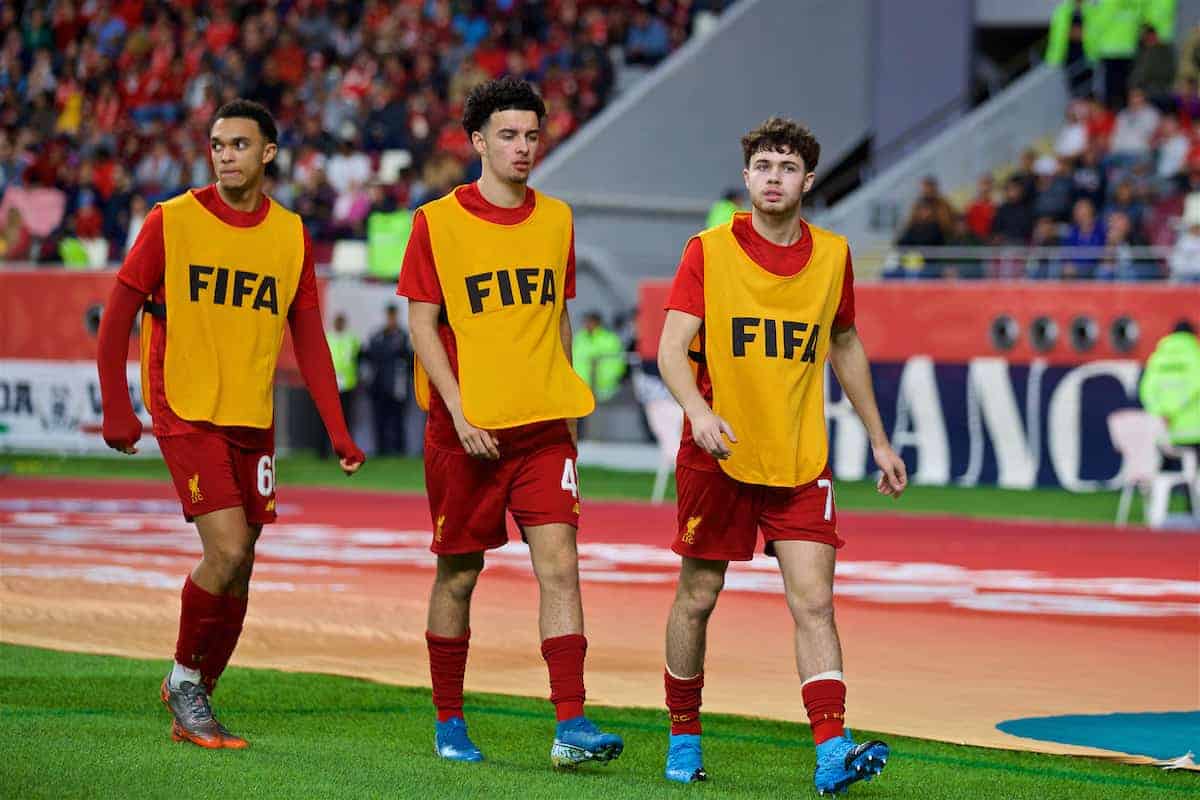 Liverpool CEO Peter Moore was given more reason to be proud of the club’s “self-sustaining” model after a powerful display from the club’s youngest-ever side.

Liverpool’s rise back to the top of the world’s global standings has been underpinned by mastery in the transfer market and a continued desire to build from the ground up.

The Reds are currently 22 points clear atop of the Premier League table, remain in the hunt for the club’s seventh European crown and a shot at the FA Cup, last won in 2006.

The latter came to be after Liverpool’s youngest-ever assembled side, under the guidance of Neil Critchley, inflicted a 1-0 defeat on League One’s Shrewsbury at Anfield.

With Jurgen Klopp and his senior figures taking a pause for a deserved winter break, the Reds’ academy came to the fore on a triumphant night which showcased the principles implemented and ingrained at the top are also found in the youth ranks.

Beyond what unfolded on the pitch, however, the fixture was one which provided further evidence that Liverpool’s “self-sustaining” approach continues to reap its rewards.

Moore, when visiting Cape Town’s Official Liverpool Supporters Club during the break, spoke of the pride the Reds take in their financial sustainability and how the development of talent within Liverpool’s ranks negates the need to consistently look elsewhere in a volatile marketplace.

“One thing that we take great pride in at the football club, as Fenway Sports Group that is, is that we’re absolutely self-sustaining. We make our money, we spend our money,” Moore explained.

“That show [against Shrewsbury] is the power of what the academy system is able to do.

“In a world of football where players are going for £50, £100, £150 and, in some instances, £200 million, to be able to bring players through like Trent Alexander-Arnold, or a Curtis Jones and behind that a Harvey Elliott, is great.

“This is not only developing talent, it’s going to save us a load of money. It means you don’t [always] have to go out into the marketplace.”

The development of the new training centre in Kirkby will see the first team and academy combine under one roof from the summer onwards, where Klopp and Co. will be able to keep a closer eye across various age groups.

Moreover, Trent Alexander-Arnold is the most recent success story having become an integral member of the first team and his roots in the city ensure the team continues to have a Scouse heartbeat.

And for Moore, his presence is key to the “ecosystem” of the club and the challenge is to ensure that the door is always open for future Trent’s to make their mark.

“You hear the song ‘the Scouser in our team’ and it’s incredibly important to the ecosystem of the team that is Liverpool Football Club that we do have Liverpudlians playing for the team,” he continued.

“Trent’s currently that one, and it’s not so long ago that Carra, Steven Gerrard and before that Robbie Fowler and Steve McManaman – we had this non-stop flow of Liverpudlians.

“Liverpool now have the difficulty in this high-end football world to make sure that you have home-grown talent and the [new] academy system and this facility which opens in July is absolutely world-class.”

Jones is currently presenting his case after a remarkable rise through the ranks to the cusp of the first team, and with a number of senior figures with uncertain futures, including the likes of Adam Lallana and Xherdan Shaqiri, the Toxteth-born teenager is a prime example of the answer being on the doorstep, not in the transfer window.