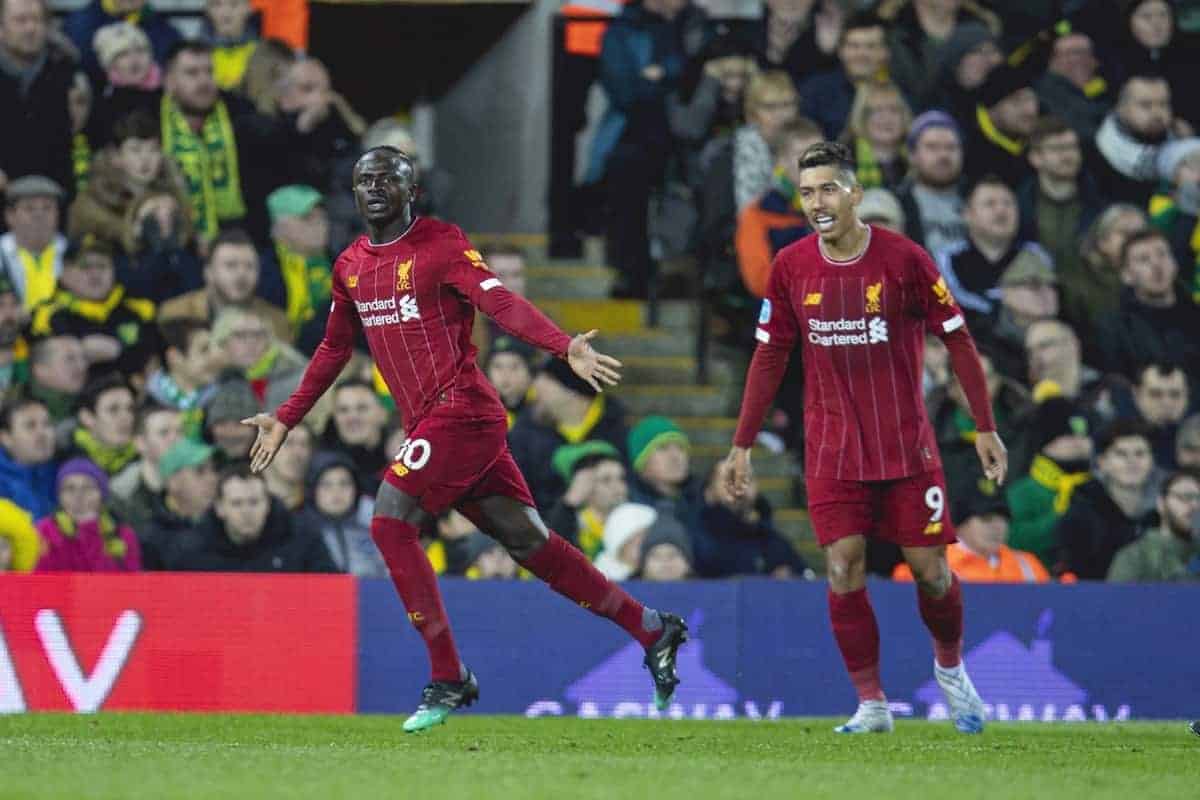 Liverpool battled to yet another win, grinding out a 1-0 win at Norwich thanks to substitute Sadio Mane‘s brilliant winner.

Alisson has been in formidable form, conceding just once in the Premier League since November.

The Brazilian carried on in that vein on Saturday, with one wonderful piece of goalkeeping preventing Lukas Rupp giving Norwich the lead in the first half.

That was his standout moment, but he was reliable in all facets of his play, making an important late stop to deny Teemu Pukki.

This was an up-and-down showing from the youngster, who was looking to add to his 10 league assists so far this season.

The right-back fired wide seconds into the match and showcased his passing ability, but he was also a little sloppy in terms of his final ball – perhaps the wind playing its part there.

Liverpool enjoyed much of possession and the defender was rarely called into action, but he mopped up when needed and was solid on the ball.

Van Dijk carried on his ever-present record in the league this season, on what was a relatively quite evening for him.

Like Gomez, he did what was required, even though Liverpool occasionally looked susceptible with the ball over the top.

One pass flew into the stands, but this was another commanding showing from the towering centre-back.

Having overcome an injury during the winter break, Robertson was looking to return to his very best again.

That didn’t prove to be the case, but he was still impressive down the left flank, rampaging forward and never tiring.

He got caught out of position a couple of times, but the positives outweighed the negatives, particularly after the break.

The skipper has been superb of late, but this was a less authoritative showing overall.

Henderson started the game looking leggy in the middle of the park, twice being caught out of position, but he grew into proceedings.

His passing was crisp and incise, and rather than simply sit in the No.6 role, he also used his dynamism to get forward on occasions.

Provided the assist for Mane – his fifth of the campaign.

Keita was Liverpool’s only change on the day, with the Guinean replacing Fabinho in Jurgen Klopp‘s starting lineup.

It was a mixed bag from him, with one lovely first-half dribble catching the eye, as well as some effective off-the-ball work.

He was indecisive several times on the ball, though, and missed a sitter when he looked certain to score. Still need a little bit more from him.

Wijnaldum is one of Klopp’s most trusted lieutenants, so it was no surprise to see him make his 33rd appearance of the season.

He was a fairly muted figure in Liverpool’s midfield, however, helping the Reds dictate the game but not always proving purposeful enough on the ball.

Substituted in the second half, presumably in preparation for Tuesday’s trip to Atletico Madrid.

Salah found top gear before the winter break, scoring four goals in as many league games, but he struggled against the Canaries.

Always a willing runner with pace to frighten the hosts’ defence, too often his final ball missed the target or his decision-making let him down.

His constant threat should never be underappreciated, but we should also be allowed to acknowledge his all-round game being below-par, which it was. 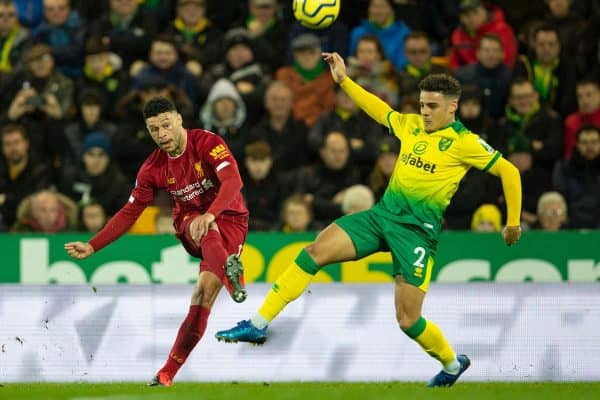 Oxlade-Chamberlain was deployed on the left-hand side of attack, retaining his place despite Sadio Mane‘s comeback from injury.

He worked hard throughout, harassing Max Aarons numerous times, but his influence was ultimately lacking in a role he can struggle in.

Replaced by Mane after the interval and Liverpool lacked far more dangerous thereafter.

Off the back of an assist-laden showing against Southampton, the Brazilian was his side’s best outfield player from the start.

That’s not to say he was at his most formidable, but he caught the eye with work-rate and class, producing one outrageous scooped pass to Wijnaldum.

A priceless footballer who is purring with quality at the moment, even though he missed late on.

Kept things ticking over and used the ball well while providing forward impetus.

The match-winner, simple as that. Changed the game when he came on, showing searing pace and quick feet, and took his goal superbly.

Only on the pitch for a short time.

This was always likely to be a tricky game due to rustiness after the winter break, but Klopp inspired yet another victory for Liverpool.

It was hard to argue with his starting lineup and he also made substitutions at the right time, with Fabinho allowing Henderson to roam and Mane proving to be the difference.

The German will hope the performance is a lot better away to Atletico, though, or they could slip up in Spain.