Jurgen Klopp should turn back to Alex Oxlade-Chamberlain as he continues to find the right fit in midfield, with Jordan Henderson missing Liverpool’s trip to Watford.

The Reds are now four wins away from the title, after scraping through to a 3-2 comeback victory over West Ham on Monday night, and next up is a visit to Vicarage Road.

Watford are without a win in their last six games, and suffered a heavy 3-0 loss at Man United last time out, after an encouraging start to life under Nigel Pearson.

That is not to suggest Saturday will be a stroll for Liverpool, as a tough night against the Hammers proved, but Klopp should be confident as he draws upon a near fully fit squad.

Having made a single change at Anfield earlier in the week, he is likely to make another in Hertfordshire, and here’s how Liverpool could take to the field against the Hornets.

Klopp provided a welcome update on the recoveries of three players in his pre-match press conference, but the shape of his squad remains the same for this game.

Henderson, James Milner and Xherdan Shaqiri are all “coming closer” to returning, with the vice-captain expected back soonest, and perhaps for the trip to Chelsea on Tuesday night.

Beyond that there appear to be no further issues, and Klopp is unlikely to make many changes for this game, with more rotation expected in the FA Cup.

That means the likes of Joel Matip, Dejan Lovren, Adam Lallana, Takumi Minamino and Divock Origi are likely to wait until next week for game time, along with youngsters Neco Williams, Curtis Jones and Harvey Elliott.

However, Klopp did explain that the Reds’ issue against West Ham was with “second balls and set-pieces,” and this could inform his selection as he prioritises energy in midfield.

Klopp has insisted that Oxlade-Chamberlain and Naby Keita “don’t compete against each other” for a place in his midfield, but it certainly seems that way when considering his lineup options.

In fact, the manager is likely to make just one change for the trip to Watford, and that should come with Oxlade-Chamberlain taking Keita’s place in the three-man midfield.

With Klopp equating the tactical challenge at Vicarage Road as being similar to that posed by West Ham, it would make sense to avoid a setup which he claimed “wasn’t unpredictable enough” on Monday night.

Therefore, Oxlade-Chamberlain could join Fabinho and Gini Wijnaldum in the middle of the park, for their first time starting as a midfield trio since the 3-1 win over Newcastle on September 14.

That would leave Alisson behind a back four of Trent Alexander-Arnold, Joe Gomez, Virgil van Dijk and Andy Robertson, and Mohamed Salah, Sadio Mane and Roberto Firmino in attack: 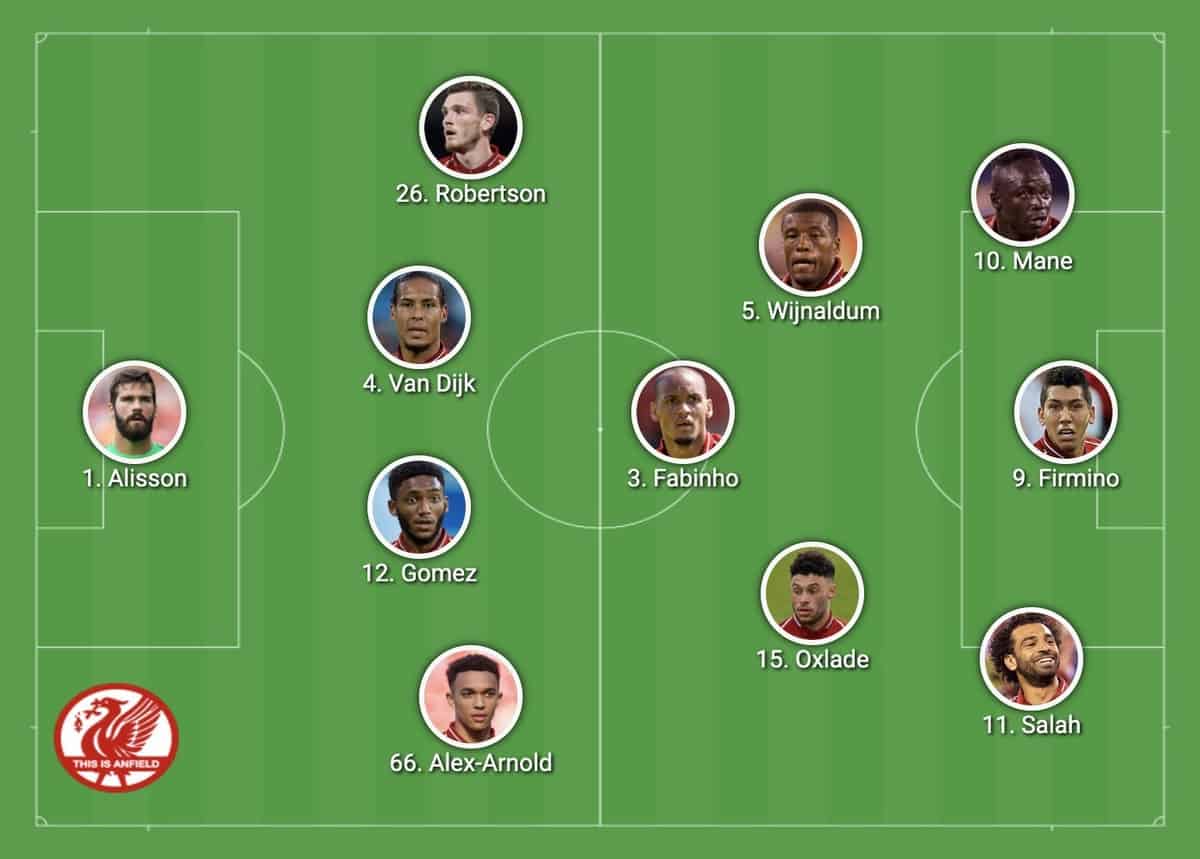 The need for energy and determination in midfield could see Klopp turn to a different option entirely, however, with Lallana a possible left-field candidate.

Injuries and illness have restricted Lallana’s involvement of late, and he is set to depart the club on a free transfer at the end of the season, but that should not deter Klopp from selecting him between now and then.

The last of his seven starts so far this campaign came in the 1-0 win over Everton in the FA Cup third round on January 5, which saw him shine in an aggressive, advanced midfield role.

His most recent start in the league—of which there have only been three this term—was the 1-0 victory over Wolves on December 29, but despite a two-month gap he could be a viable option at Watford.

As with Oxlade-Chamberlain, his introduction would be the sole change for Liverpool, leaving the Reds to line up like this: 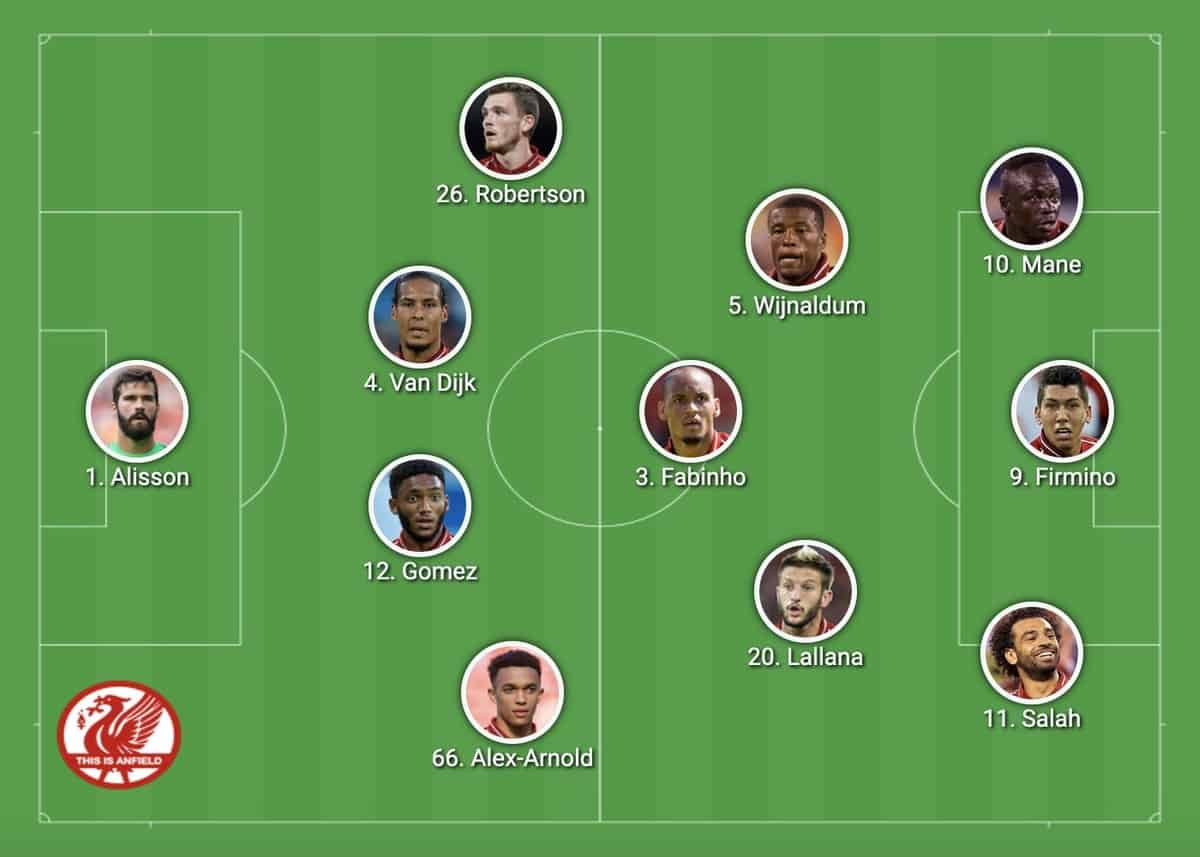 The most likely option is a 19th start of the season for Oxlade-Chamberlain, and after his game-changing cameo on Monday night the 26-year-old would warrant his place.

But there is cause to argue that Klopp’s consideration will stretch beyond two candidates, as he continues to push on without Henderson and towards the title.