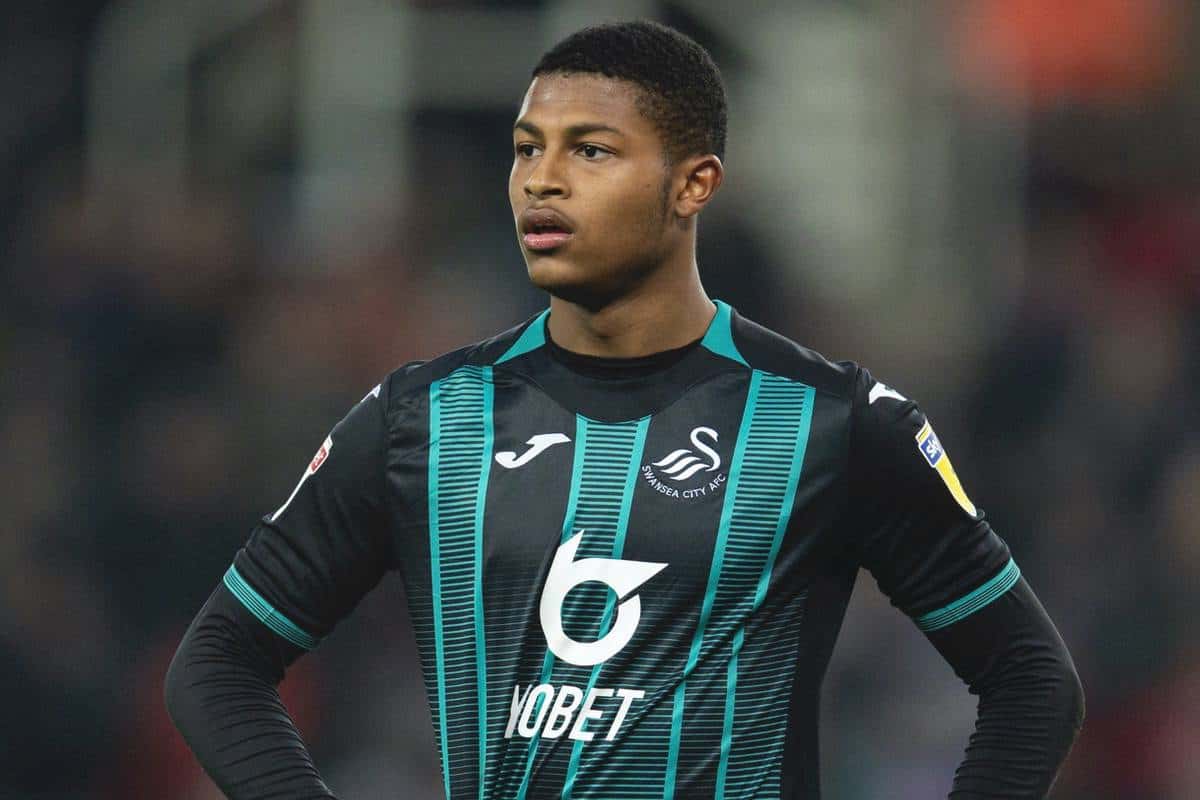 Rhian Brewster notched the second Championship goal of his loan spell this weekend and signalled his intent to do more to help Swansea achieve promotion.

The young striker clearly has his sights set on a long-term future at Anfield, but a regular run of games at senior level should benefit him enormously.

He has now played four times for the Welsh outfit in the second tier, with an equaliser on Saturday against Preston keeping his side eighth in the table and in the hunt for a play-off spot.

Having already scored his first against Wigan midway through January, Brewster scored after 33 minutes on the first day of February with a close-range effort.

While it was obviously an easy finish, it was Brewster’s endeavour, work rate and anticipation which allowed him to be in position and ahead of the defence in the first place to benefit.

Another goal for Brewster. pic.twitter.com/n79CNpRSrU

The goal was his only shot of the match, but a lively all-round performance saw him create no fewer than three chances for his team-mates.

Brewster also picked up his second caution of his loan spell—but got his own back in hilarious fashion by ‘booking’ the referee, after his yellow card fell out mid-match.

The striker was often seen as a lively character in videos put out by Liverpool’s channel and it’s good to see that, while he has to step up in a professional capacity on loan at another club, he’s also maintaining the personality which has made him a popular figure at Melwood.

Referencing his second goal for the club, Brewster told Swansea’s website that he’s working hard to improve both his own and the team’s fortunes.

“That’s two goals in my four games for me now. I’ll take it. I’m just trying to help the team get promotion so anything I can do, I will.

“It wasn’t the cleanest of strikes; I just tried to get something on the ball because I knew it was an open goal, but they all count and I’ll take it.

“Hopefully, I can keep kicking on now. We’ve got a home game against Derby next week to look forward to.

“I’ll try to get another goal if I can and help the boys get the three points.

“There are no easy games in the Championship and we’ll prepare as much as we can to be ready.”

Nice to get on the score sheet again today but disappointed not to get the 3 points. We will take the point and focus on Derby next week #JackArmy #YJB pic.twitter.com/uZgPLWSoZS

While the sample size of his 350 minutes on the pitch with the Swans is obviously small, he is so far averaging three shots per game. That’s bettered only by six regulars in the Championship, one of which has now departed with Jarrod Bowen’s transfer to West Ham.

Consistency in performance level is all-important for Brewster at this stage, so it’s superb news to see him scoring in every other game since joining Swansea.

The team are two places, and four points, off the play-off spots—but with four matches in a row now coming up against bottom-half opposition, the chances should be there for Brewster to continue showing his ability in front of goal and help his temporary side close the gap to the top six.