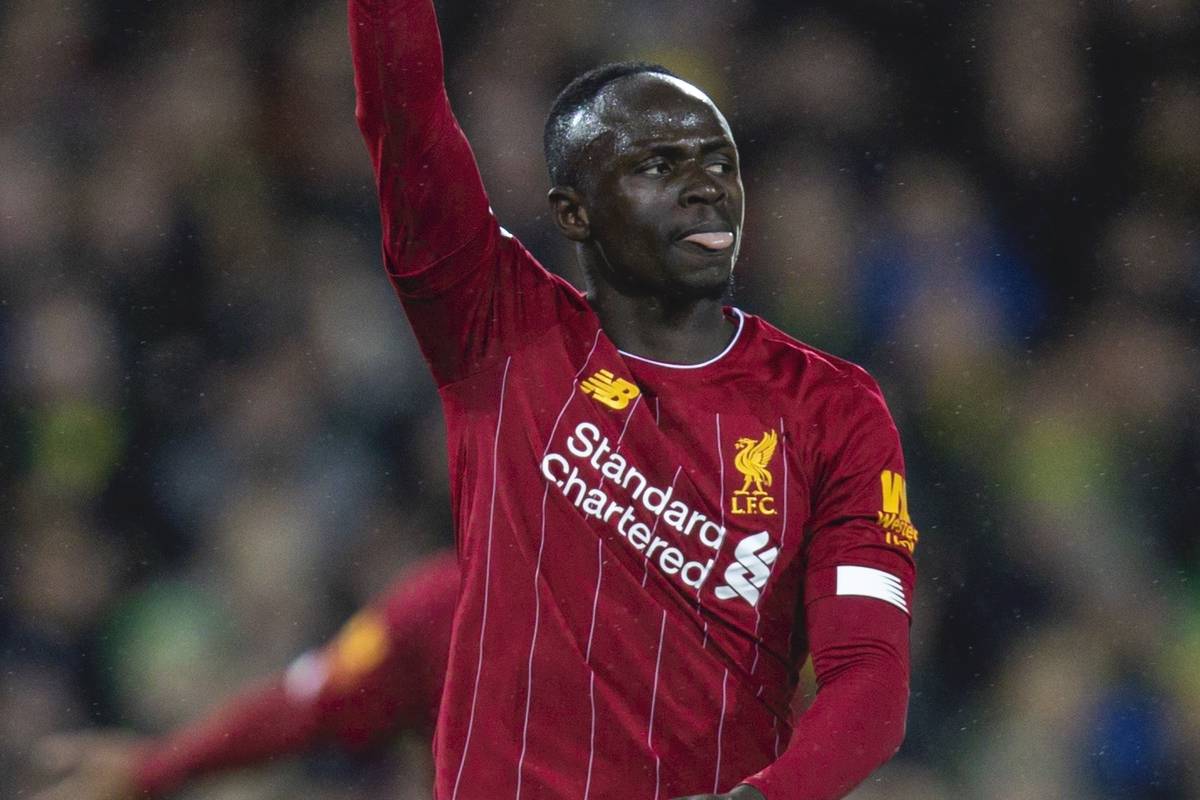 Liverpool were made to work hard for their latest Premier League win, but a 1-0 victory at Norwich is another step closer to the title.

The Reds came into this game almost with it being a warm-up for the main event of the week; with such a massive lead at the top of the table, the Champions Leauge’s return is drawing talk and eyes.

No such focus is lost in the squad, though, and this was a first match back after the two-week winter break.

Jurgen Klopp brought Naby Keita back into the lineup and had Alex Oxlade-Chamberlain in the front three once more, but it was Sadio Mane‘s return to fitness which proved pivotal as he scored the winner off the bench.

With Man City not in action until Wednesday, the gap is now 25 points between the best and the rest.

The presence of Joe Gomez in the team has been almost a guarantee of a clean sheet of late, and that trend continued in East Anglia on Saturday. 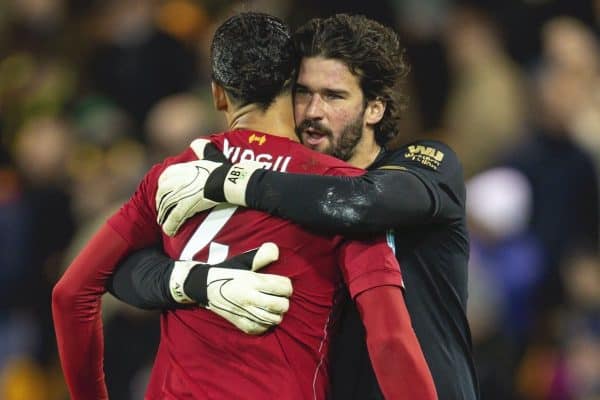 The outstanding run of defensive form is down to in-game concentration as much as anything else, which the No. 12 says was required again at Carrow Road.

“We’ve had the winter break and now it’s down the home stretch. We know how important this run of games is as it’s an intense period of the season and it’s crunch time really.

“It’s the most important part and you just build the foundation from the start of the season to this period here. We are blessed to have the squad that we do and everyone will have to play their part to get us over the line.

“The first half was 0-0 and we knew we needed to come out [after the break] on the front foot and I think we did that. Obviously you are conscious of the time as the game goes on where we need a goal, but at the same time it’s about staying focused because if they clinch one then it changes the whole logistics of things.

“It’s a bit of a luxury to have Sadio Mane come off the bench but when he does and gets that goal it’s massive.”

Gomez wasn’t the only one to praise Mane’s impact off the bench, as he returns from injury. Captain Jordan Henderson noted that it was a tough encounter, but that having Mane immediately back into top gear was important.

“It was pretty hard-fought. We had to go right until the end, of course, but that’s Premier League football.

“Norwich City are a good team and have caused teams a lot of problems throughout the season and got some good players, so we knew it would be difficult.

“It was difficult conditions for both teams in the end but, overall, I think we’ve got to be delighted with the three points.”

The recent Liverpool mantra of one game at a time doesn’t make for interesting soundbites any more, but it is an approach which has worked well for the team—and so it’ll continue. 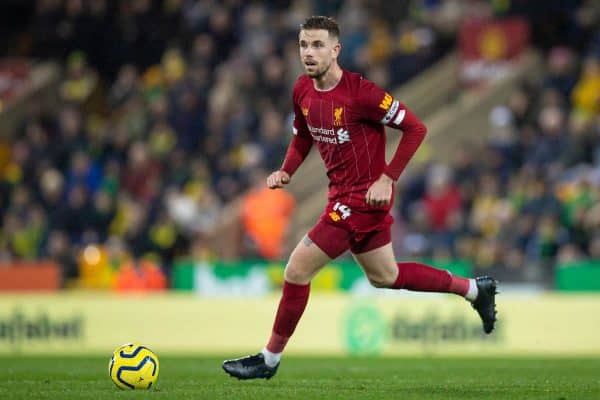 Henderson makes no apologies for repeating it, as the big games start to come around quickly once more in what will be the defining part of the season.

“We just focus on the next game.

“Everybody is bored of us [saying that], I know, but that’s the way we have approached it for a long time and there’s no need to change.

“We’ve got to recover quickly, we’ve got another big game in midweek against Atletico Madrid which will be another tough test, so we’ve just got to go there and do everything we can to get a good result.”

The skipper also voiced his pleasure after the game at being back in action after the recent rest period.

Good to be back after the break! Big 3 points! #YNWA

Both full-backs acknowledged how this was one of the tougher games the Reds have had to come through this season:

Mane to the rescue! Congrats on getting your 100th goal, we needed it!! pic.twitter.com/TbXvBGzLER

A midfield pair congratulated Mane on a milestone strike:

Get in there ?? Tough game but another important 3?? points??
Mane back with a bang?? #YNWA #LiverpoolFC #NORLIV pic.twitter.com/Cn0ijhpeza

Fabinho and Alisson kept the focus on the points ticking ever-further upward:

While the return to the pitch was enjoyed by all with some big games ahead.

Liverpool now prepare for their last 16 first leg against Atletico Madrid, with a trip to the Spanish capital surely bringing back great memories for much of the squad after our win at the Wanda Metropolitano on June 1 last year.