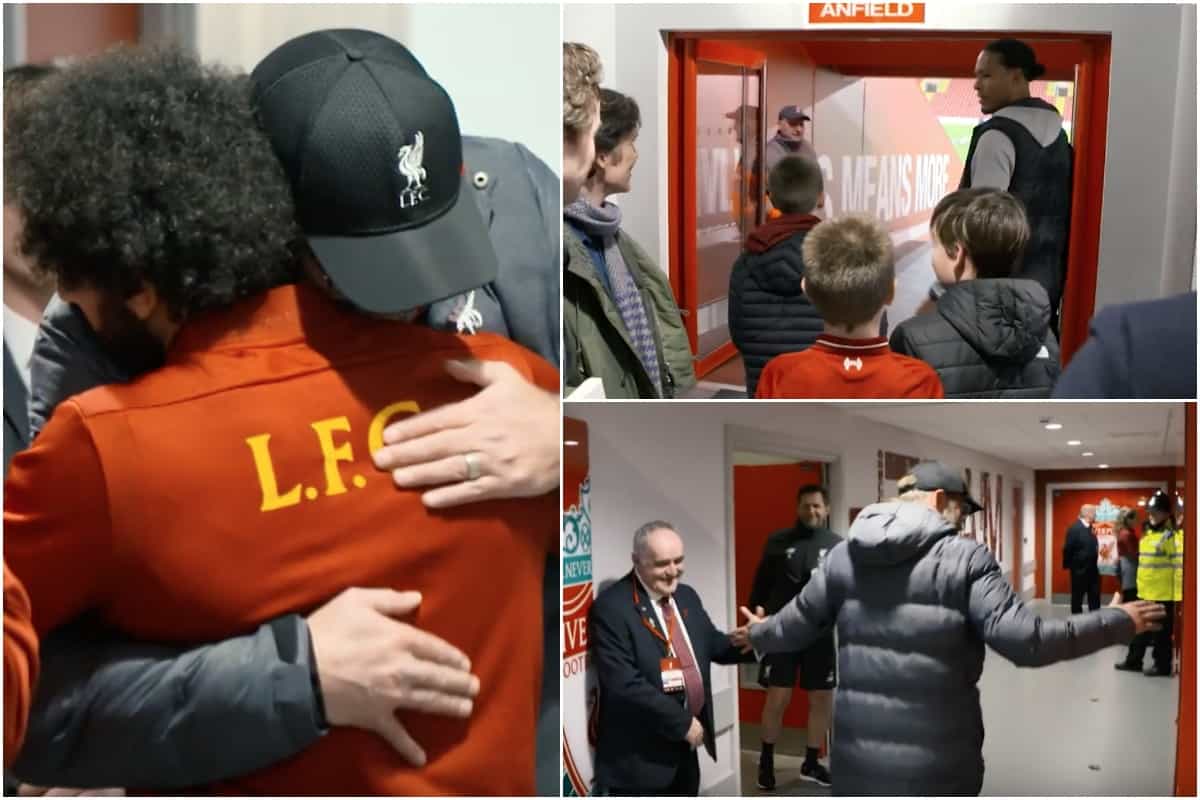 It is no secret that from day one Jurgen Klopp‘s philosophy centred around a collective, and it is that very inclusivity which is propelling Liverpool to the title.

Early into Klopp’s tenure at the club, now assistant manager, Pep Lijnders broke down the two key elements to the German’s approach which, importantly, fell under the umbrella of family.

“Jurgen creates a family. We always say: 30 per cent tactic, 70 per cent team building,” he said.

You need not look further than when his team all first assembled together after his arrival in 2015 and were introduced individually to all the staff at Melwood.

The message was clear; the responsibility of achieving success was one which was mutually shared – an intangible factor of value which Klopp thrives in organically introducing into a club.

And it was on show once more as Liverpool turned around a 2-1 deficit in the second half against West Ham to emerge as 3-2 victors, a result which moved them 12 points away from officially securing the title.

There was, of course, the customary hug awaiting Mohamed Salah as the two teams lined up ahead of kickoff but, in the latest edition of Inside Anfield, it is Klopp’s purposeful intentions to greet and celebrate the victory with all those waiting in Anfield’s inner sanctum which stands out.

From the very person documenting his every step to those standing guard by the dressing room and everyone in-between, it was not just three points for himself and the players but also all those who, as aforementioned, share the responsibility of the Reds’ journey to this very point in time.

An interview in 2018 summed up why he does what he does, he said: “I have this helping syndrome. I really care about people and I feel responsible for pretty much everything.”

The culture of inclusivity and excellence is expertly intertwined into a club which is building an empire both on and off the field.

The players followed in the manager’s footsteps and the sight of Virgil van Dijk leading out three visibly excited and starstruck kids through the tunnel may have only been a brief moment, but it is one which will undoubtedly be replayed in their minds for the foreseeable future.

With belief and energy cascading down from the stands and the boss, his players and the club’s wider staff all following suit, there is no greater time or club to be a part of.

A long wait is almost over, and while Klopp helped foster the current environment he will be the first to say that from start to finish it was the result of the collective and the power that an unparalleled closeness provides.