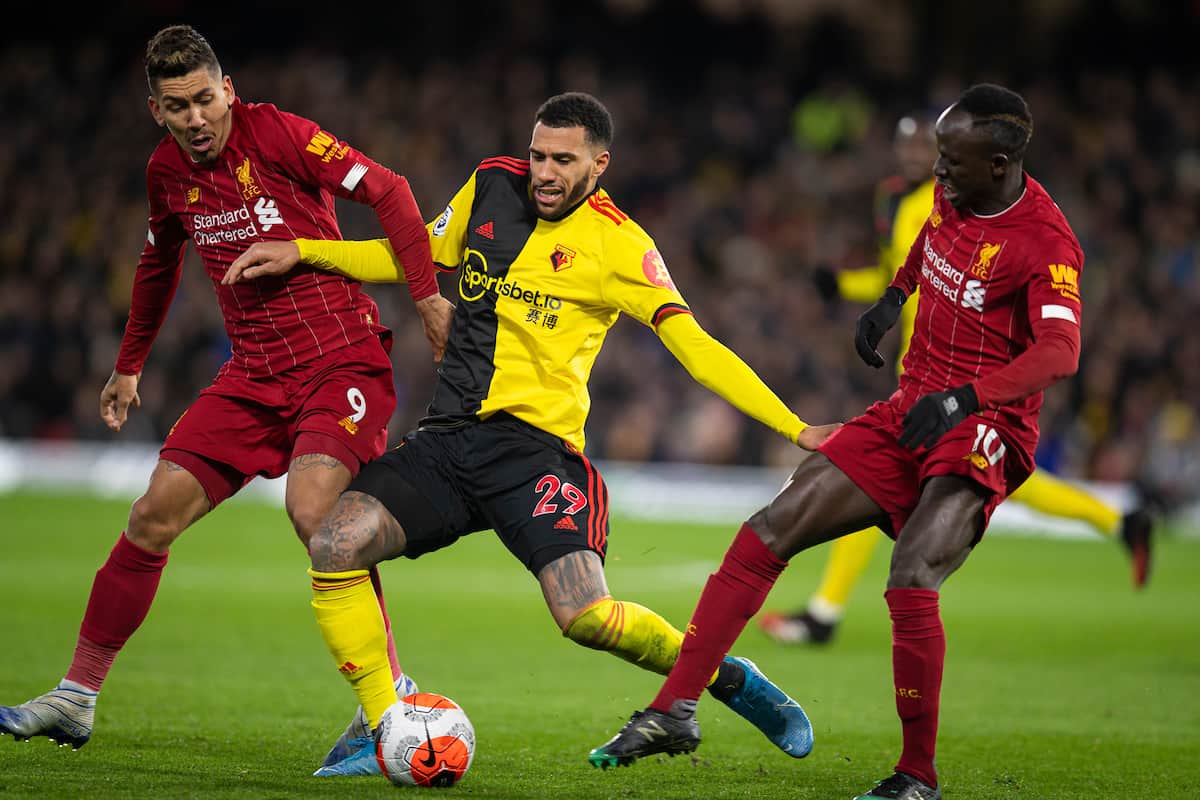 A dreadful performance saw Liverpool relinquish their unbeaten run as they fell 3-0 to Watford at Vicarage Road on Saturday evening.

Liverpool travelled to Watford for the 28th Premier League game of the season, where the record for the most consecutive wins in an English top-flight campaign was on the line.

Minor injury concerns to Naby Keita and Joe Gomez saw two changes made from the side who overcame West Ham, with Alex Oxlade-Chamberlain and Dejan Lovren getting the nod.

It was a stubborn start from the hosts as they looked to sit back and absorb pressure before attempting to catch the Reds on the break when provided the opportunity.

Jurgen Klopp’s side were slow to start, however, failing to find their rhythm or even test Ben Foster in the Watford goal.

The Hornets, meanwhile, asked a number of questions of Alisson and Liverpool’s defensive line which left a lot to consider at the break.

But it was all Watford in the second as while Liverpool had been provided the warning signals, they did not react.

Ismaila Sarr twice capitalised from the Reds’ inability to defend a throw-in before Troy Deeney landed the final blow on what was truly an evening to forget for Klopp and Co.

After 44 games unbeaten, the run has ended and now Liverpool must pick themselves back up for the trip to Chelsea in midweek in the FA Cup before another relegation-threatened side in Bournemouth make the trip to Anfield on Saturday.