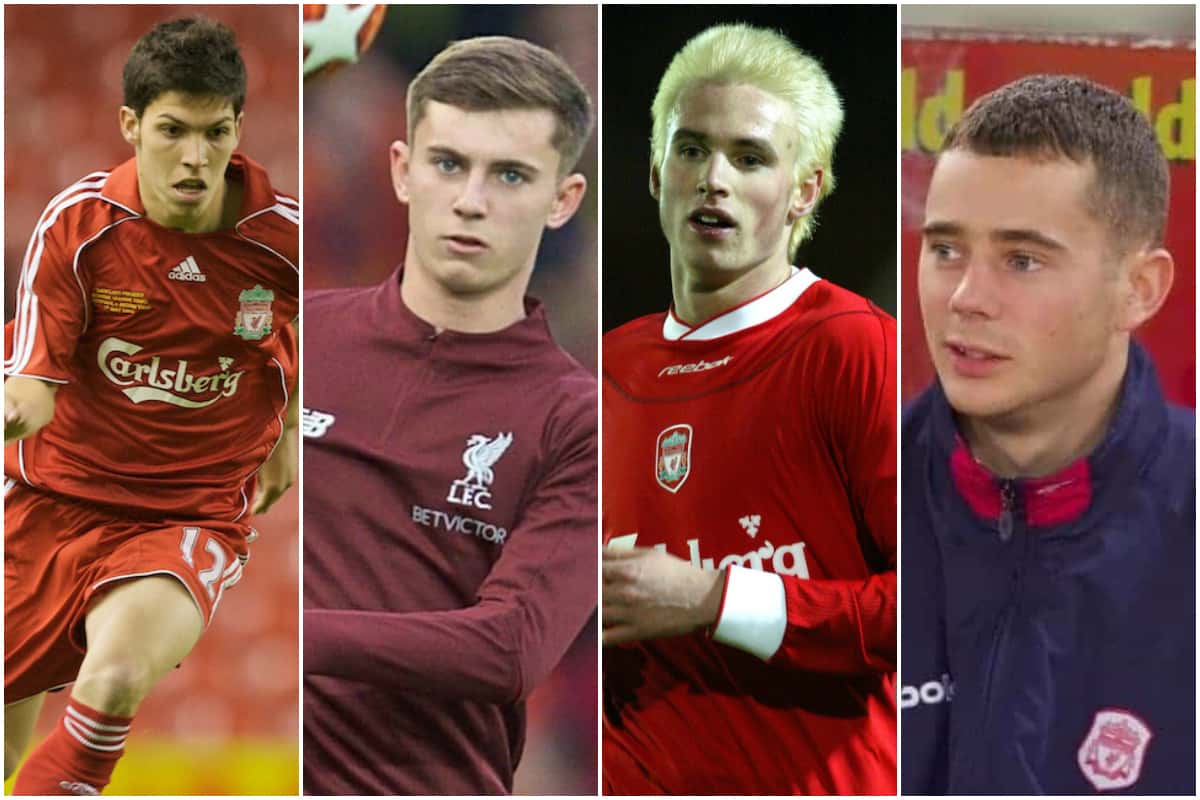 With no football on our screens at present, supporters are turning to other pastimes to fill the void – and among a certain section of the fanbase, Football Manager is a popular choice.

We’re not just talking about the Liverpool fanbase, either; it’s such a popular game that the makers have decided to make it free to play for a while, to help those in quarantine, self-isolating or working from home fill a few hours.

Both the current game and its original iteration—the Championship Manager series, before the makers and database holders parted ways—saw loads of Liverpool stars flourish under the tutelage of everyday heroes, as they replaced Roy Evans, Rafa Benitez or now Jurgen Klopp to lead the Reds to glory…or, you know, not.

We all have that story of being knocked out of the cup by Doncaster and being sacked because a new signing just didn’t do their job, after all.

But sometimes, game managers found an absolute gem in the squad, nurtured them, made them a pillar of the team—far, far beyond the realms of what they ever actually achieved in the red shirt.

Here are our top 12 players who could be absolute stars in some editions of the game, easily eclipsing their real-life Anfield achievements—and we never even signed Cherno Samba in the end! 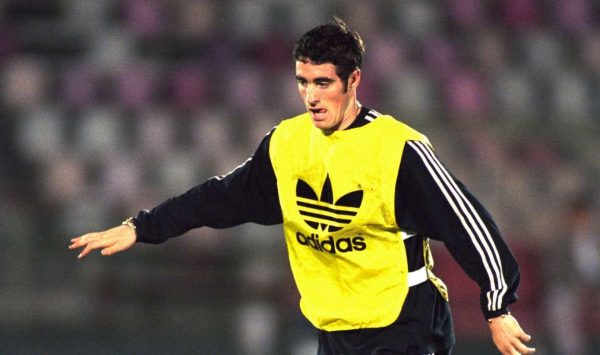 The CM/FM makers have to strike a balance when it comes to hyped youngsters: not be world-beaters, but have the potential to improve later. Sometimes it goes wrong, after all.

Irish winger Mark Kennedy was the most expensive teenager in British football when he joined the Reds, so it’s easy to see why they made him a real attacking threat in the early games, particularly around the Champ Man 2 era.

He never really clicked at Anfield though, and spent most of his career bouncing between the top two tiers.

An Icelandic striker who played his entire career in his homeland, other than a couple of years with the Reds.

In the days when Liverpool typically only had two or three strikers in the entire squad, and no reserves or youth team squads on Champ Man, Gudnason was a decent squad-filler who sometimes went on to be a regular starter and goalscorer.

Didn’t happen that way in real life—he never played for the Reds!

Another who failed to make the grade, Sjolund was a massive prospect as a teen at West Ham and the Reds secured a move for him when Rigobert Song moved in the opposite direction.

A great player on CM when used behind a striker, he was a finisher with pace and dribbling—basically a guarantee of goals in those gaming days!

Irish winger Partridge has just left the Reds physio staff, but back in his playing days he didn’t feature heavily in the Gerard Houllier era.

If you had him on the wing on CM, though, you probably saw him claiming Adama Traore-like dribble numbers and more goals per season than he actually scored in his career. 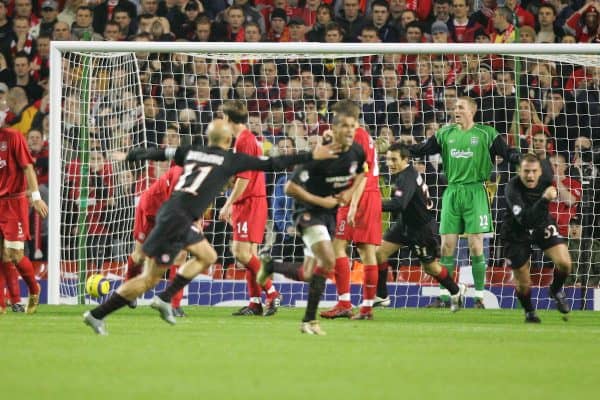 For a while it seemed as though Kirkland would be Liverpool’s and England’s No. 1 for years to come, so it’s no surprise he had a high potential rating on the game.

The year he and Jerzy Dudek joined, managers had a big choice to make!

Youth, nationality and finances inevitably meant Kirkland won that battle and could stay in place for a decade; in real life, injuries meant he never reached the level expected of him.

A tenacious long-term replacement for Steven Gerrard—that was the plan for Welsh under Houllier and many FM players followed it to the letter.

Good at tackling, great stamina, decent passing—everything you want in a homegrown midfielder.

Again, he’s one who would stay for years and be good enough on the game; in reality, he left by 2006 and has had a great career in the lower leagues. 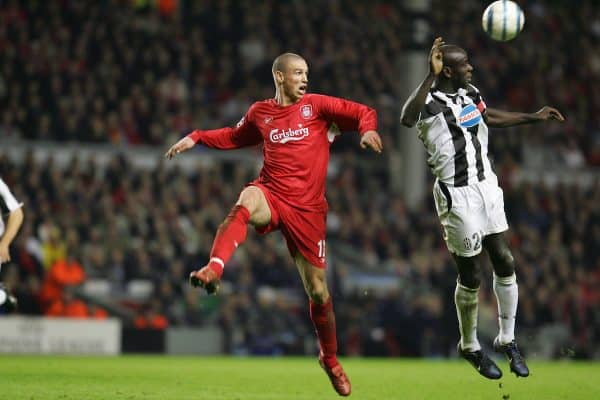 No surprise that Le Tallec was so highly rated on the game, given how hyped-up he was by the media, the fans, Gerard Houllier and even rival bosses.

Stick him as an attacking midfielder and you had someone to score and assist 20 each a season; up front he could get even more himself.

Real life: a key pass against Juventus to help set up a goal when randomly called upon was one of few highlights, while most just remember him for that mad blonde hair and wayward comparisons with French footballing legends.

Stick this one straight in the Richie Partridge category.

Anderson was a livewire in pre-season, Rafa Benitez spoke highly of him and fans expected a breakthrough—but he never even made his debut for the Reds.

A winger, great dribbling and trickery, loads of pace, all that good wide man stuff. Legend on the game for one or two editions. 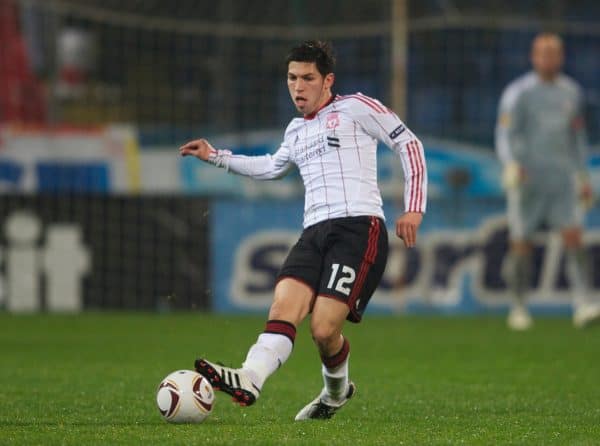 Barcelona kid, breakthrough Liverpool forward, few senior strikers ahead of him—Dani Pacheco had it made, and so did his would-be managers on FM.

Ease him in the first year or so, then unleash him as a regular—that’s one long-term position ticked off in your teambuilding.

Rather different to failed loans at Norwich, Atletico, Rayo and Huesca. He’s done well enough in Spain, but never the level we all expected.

Classy on the ball, young, British, compared to Alan Hansen…easy one to give high potential ratings to.

Wilson probably formed the bedrock of most managers’ defences somewhere around FM2011, as he could be improved immeasurably and started decent anyway.

He’s only just left and Alberto Moreno achieved far more with Liverpool than most others on this list.

And it’s still nowhere near what bosses could get out of him in the gameworld! A fast, offensive-minded defender, he was easily one of the most effective left-backs in the world on at least a couple of editions of FM.

Never quite managed to lock down a regular spot with the Reds, and defensive concentration was an issue.

Still time for our current starlet to make the grade, but Woodburn seems a stretch further from making it than he did a couple of years ago, with other youngsters overtaking him and a couple of loan spells not yet yielding dividends for him.

After his goal against Leeds and a few big Wales performances, he quickly became somewhere in the wonderkid region on recent FM editions. Go on Ben, buck the trend of this list and fulfil your potential!