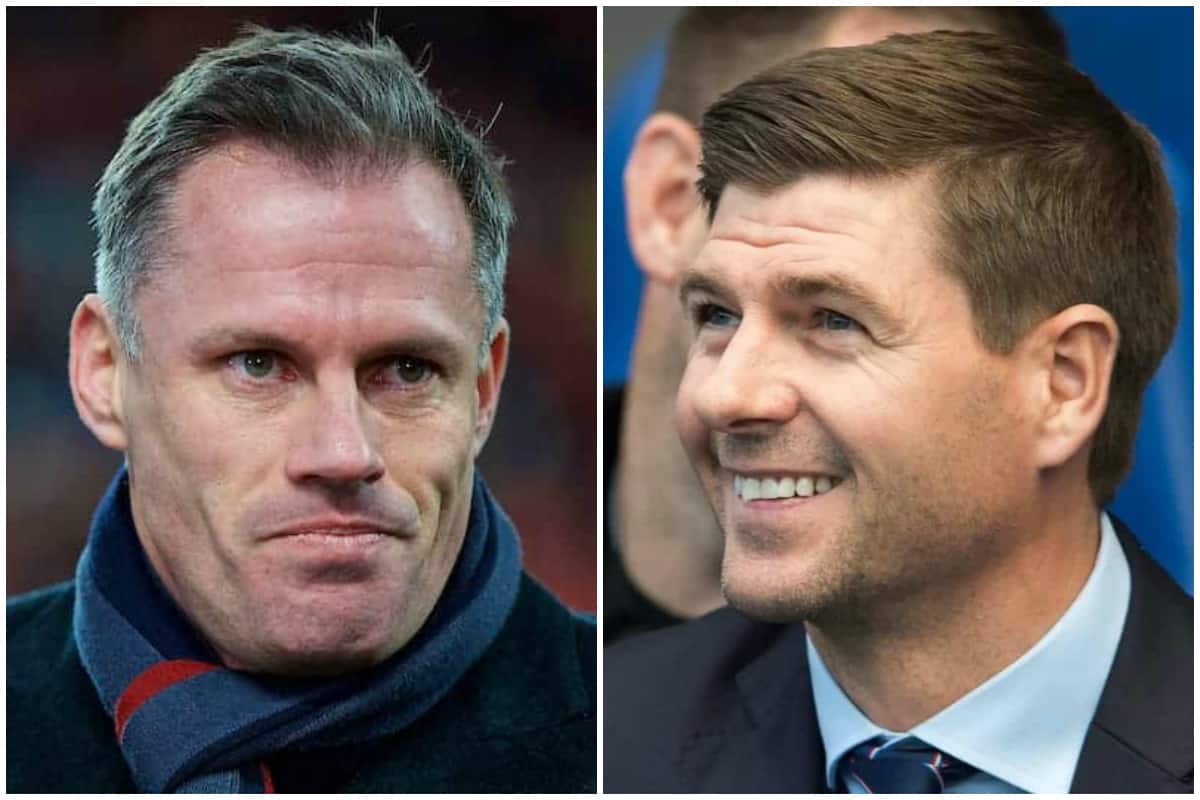 Steven Gerrard’s managerial aspirations aren’t exactly a secret: he’d love to end up in the Anfield dugout one day.

A legend for the club thanks to his playing-days exploits, Gerrard lifted the European Cup as captain and is one of the team’s greatest-ever players.

Now he’s in the next phase of his career, though, managing Rangers north of the border and cutting his teeth as a relative rookie in that regard.

Over time, his hope – and many fans’ – is that he progresses enough to be seen as the calibre of coach who could fill the hotseat currently occupied by Jurgen Klopp.

And former team-mate, vice-captain and long-time friend in the game Jamie Carragher has explained what Gerrard needs to do to be considered a realistic prospect as a manager at Anfield.

Speaking on the Maych x Pajak podcast, Carra says there are two main considerations: the timing and the experience gained.

“[Does Gerrard] need to do another job beforehand?” Carragher said. “Rangers to Liverpool is a jump.

“Because he’s Steven Gerrard and who he is [as a character], he could make the jump, it wouldn’t be too big.

“Is it enough experience [though]? Should Liverpool be looking for the best manager they can possibly get or someone who knows the club?”

That consideration perhaps depends entirely on the moment the club is facing when Jurgen Klopp departs.

Bringing in the German was taking a coach at the top of the game with plenty of trophies to his name, while previously the Reds – along with Chelsea, Man United and now recently Arsenal – have instead turned to figures who know the club, who the fans can connect with and who will bring determination and respect with them on a more local level.

Carragher made the comparison in what Gerrard wants to achieve with the likes of Thierry Henry and Frank Lampard, ex-players who want to go back and coach the teams they starred for on the pitch.

It’s at the moment they take that job when they need everything to go right, and perhaps prior experience of different situations is a big weapon to have in their armoury at that time. 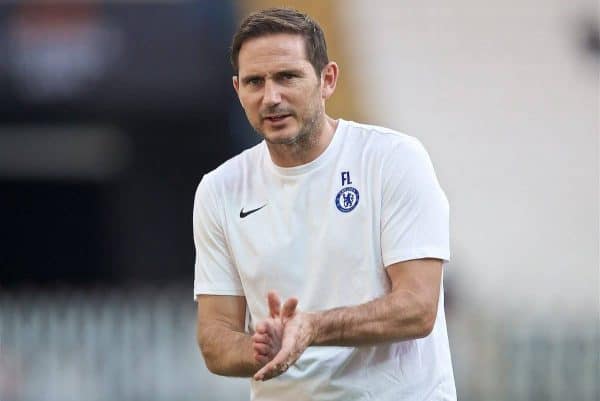 “And also Stevie[‘s mindset is a consideration]. He’s gone into management, with at the back of his head [thinking] he wants to manage Liverpool.

“They [those players] don’t want to be managers for 30 years, they just want to manage their club.

“You’re only going to get one chance and you want it to go well, that’s what will define your career. With Gerrard at Liverpool, Lampard at Chelsea.

“I knew how Stevie would feel [after losing a game to the bottom club recently] but that’ll help him in years to come, for the Liverpool job. He’s got to go through all this: doing really well in Europe, getting to a final, probably losing, that’s an experience and it’ll help him in his managerial career.

“You want him to get the Liverpool job when he feels ‘right, I’ve got that experience, if something happens I’ve been there before.’

“That’s my only hope. Maybe after Rangers he takes a smaller job in the Premier League and then maybe the Liverpool job.

“Or maybe it works [next time] and that’s the job for both parties.”

Carragher spoke about his own managerial aspirations, which he opted against after trialling both media duties and youth coaching.

Now a huge figure in the punditry world as a co-commentator and with a role on Sky Sports’ Monday Night Football, Carragher doesn’t see himself heading back to the training pitch any time soon.

As for Gerrard, he will come up against challenges which will define him as a boss and which each one give him the opportunity to prove his worth in a new career, which he should be applauded for taking on, regardless of whether it sees him end up at Liverpool or not.