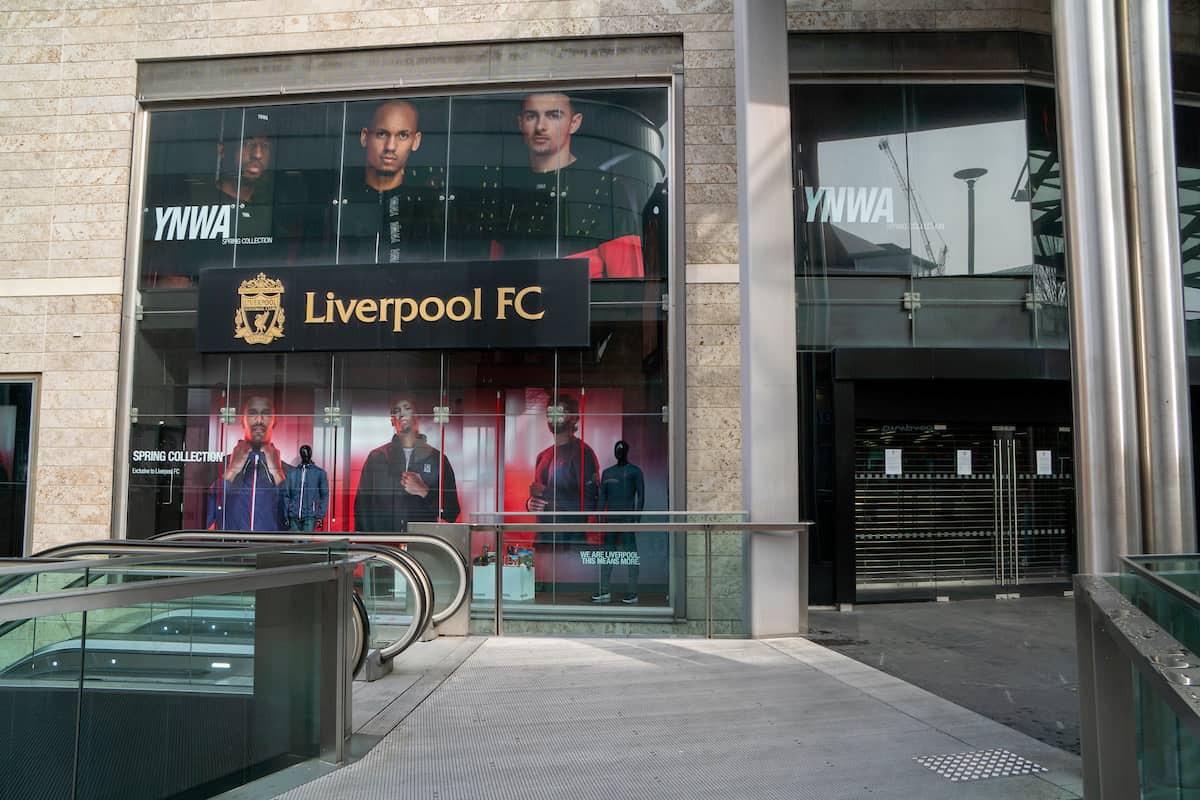 The closure of a number of shops around Liverpool has reduced drop-off points for local foodbanks, but supporters can still back these initiatives through other means.

The club’s retail stores have now been closed due to the coronavirus pandemic, days after new drop-off points were put in place to cover the loss of intake from matchdays.

Jurgen Klopp‘s squad have already combined with the LFC Foundation to provide £10,000 for every postponed Merseyside matchday between and the end of the season, while Anfield’s museum and tours entrance also welcomed donations.

However, a sign on the entrance of the club shop at Liverpool One has explained how fans can still donate to support the North Liverpool Foodbank.

“The club is committed to continuing to help its community and those in most need,” the notice reads.

“We have previously appealed to fans to drop food donations at Anfield and our stores and stadium, however given these locations will be close until April 4, we are encouraging anyone who would wish to donate to do so via text donation.” 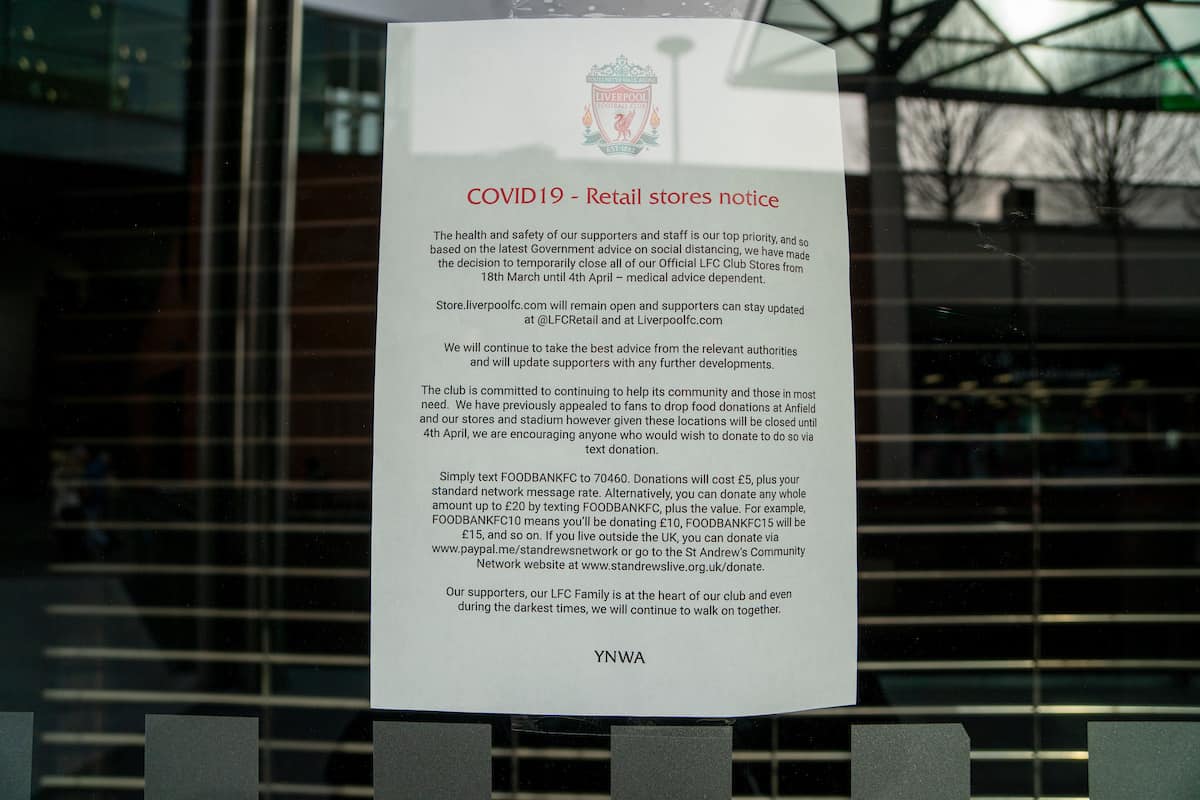 Texting FOODBANKFC to 70460 will donate £5, with messages charged at your standard rate.

If you live outside the UK, you can donate via PayPal here or go to the St Andrew’s Community Network website and donate here.

“Our supporters, our LFC family, is at the heart of our club, and even during the darkest times we will continue to walk on together,” the statement continued. “YNWA.”

You can also donate to the Fans Supporting Foodbanks fundraiser, which has already raised over £60,000, here.