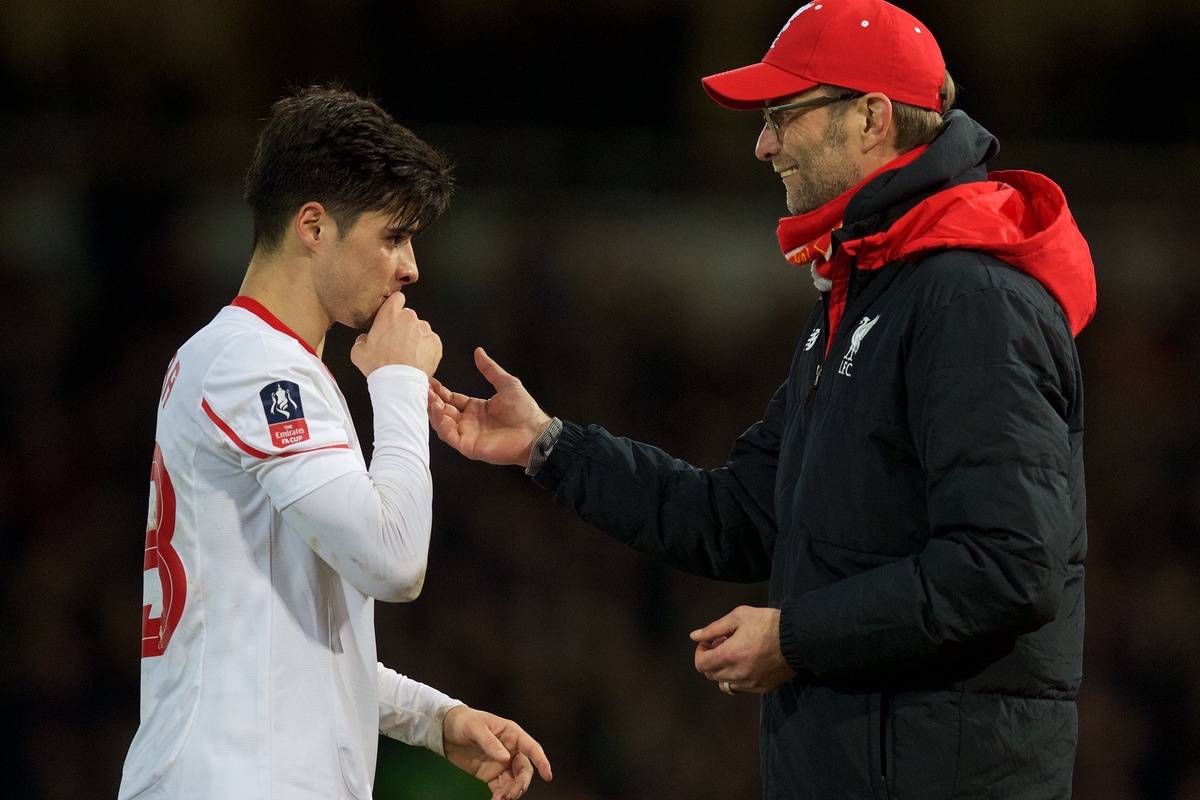 Of the 18 players to make up Jurgen Klopp‘s first matchday squad as Liverpool manager, only four still remain at the club.

James Milner, Adam Lallana and Divock Origi have remained regulars throughout this champions-elect campaign, while Nathaniel Clyne recovers from an ACL injury ahead of a summer departure.

Many of the others have moved on to illustrious platforms elsewhere, with Lucas Leiva a key player at Lazio, Kolo Toure now first-team coach at Leicester and Emre Can finding his feet again at Borussia Dortmund.

One of the most intriguing names on the bench that day at Tottenham was that of Joao Carlos Teixeira, who along with Connor Randall and Jerome Sinclair was the beneficiary of injury to other, more senior players.

Teixeira failed to make it onto the pitch at White Hart Lane, but did make eight appearances for the Reds’ first team, seven of which came under Klopp.

But with his contract expiring at the end of the German’s first season on Merseyside, Teixeira opted to return to Portugal after four years with the Reds, initially with Porto.

After muted spells with Porto and on loan at SC Braga, the now 27-year-old attacking midfielder is finally making an impact on the senior stage with Vitoria. 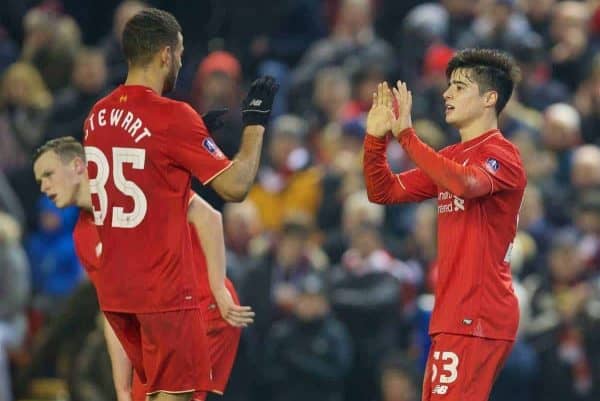 “I like Joao. As a person, as a footballer,” came Klopp’s assessment of the Portuguese, after he scored his first and only goal for Liverpool in the 3-0 win over Exeter in the FA Cup third round.

Three months after his inclusion in Klopp’s first-ever selection, the manager had laid clear the pathway for Teixeira—and few could have been surprised.

Twenty-three at the time, and after an eye-catching loan spell with Brighton in the Championship, Teixeira needed and deserved regular first-team football.

A “dream” move to Porto failed to pan out successfully, with the player’s ambitions perhaps set too high, but having impressed sufficiently over a 23-game stretch at Braga, he signed a three-year deal with their rivals Vitoria in 2018.

Since then, Teixeira has finally been able to establish himself as a reliable option in Portugal: 23 outings in 2018/19 have been followed by, so far, 26 appearances this season.

Having failed to find the back of the net in his first campaign in Guimaraes, he is now finding his name a more regular feature on the scoresheet, while also providing in his usual role at No. 10.

A two-goal, one-assist showing in the 7-0 thrashing away to Famalicao at the start of February earned Teixeira wider recognition in the form of an in-form rating in FIFA 20’s Team of the Week; a minor achievement, but a marker of his performance levels nonetheless.

That afternoon saw Teixeira at his best: a captivating ball of energy, full of eccentric movement, a fierce tenacity and both an eye for goal and for a pass.

He had already caught the eye earlier in the season when, with fellow midfielder Pepe struggling and enduring a spell out of the side, he led the charge in a 5-0 win over Belenenses in October, scoring one and assisting another.

This performance saw O Jogo consider whether he is becoming “the face of the new midfield” at Vitoria, following a difficult start to life with the club that saw him criticised by his own supporters.

The arrival of Ivo Vieira as manager last summer has played a key role, with Teixeira adapting to the increased demands for intensity in his 4-1-4-1 system, able to blend his intricate approach in the middle with an ease of play out wide.

Injury restricted his progress after the win at Famalicao, but the No. 10 produced a match-winning performance off the bench last time out in the league, scoring twice in a 2-1 win away to Pacos de Ferreira.

The first goal came two minutes after his half-time introduction, and his second with 24 minutes left to play, with his movement, technique and perseverance turning the tide.

Now, he is proving integral both on and off the pitch, with A Bola of the belief he is overcoming the inconsistency of “hot flashes and absences” that marred his first season-and-a-half in Guimaraes.

Only Davidson (10) and Edmond Tapsoba (nine) have netted more for Vitoria this season than Teixeira (eight)—Tapsoba, incredibly, earning his place as second-top scorer from centre-back—while the midfielder has also tallied three assists.

Teixeira is averaging a goal or assist every 128 minutes, and he has now scored more times for his current club than he did over five years in senior spells with Braga, Porto, Brighton, Brentford and Liverpool (seven).

Vitoria, meanwhile, sit sixth in the Primeira Liga at this break in the season, just five points off Sporting CP in fourth having played 24 games; only second-placed Benfica (+38) and leaders Porto (+34) have a better goal difference (+15). 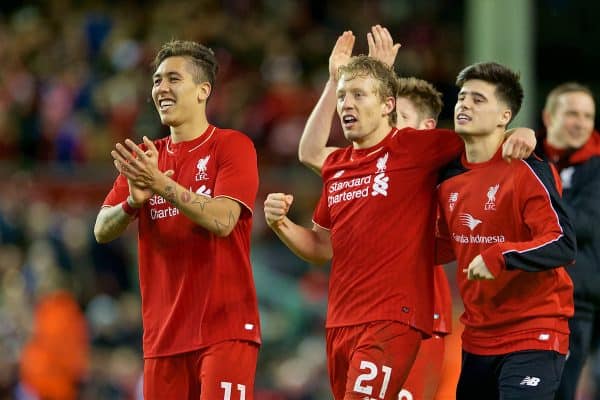 Teixeira looks back on his time at Liverpool with fondness, telling Record last summer that he found a “great happiness” in his early days under Klopp, who he described as “a coach who lives football.”

But he also noted how the approach in the Premier League is “less tactical” than in his native Portugal, and instead “faster, more intense and physical.”

Besides the competition he faced from the likes Lallana, Roberto Firmino and Philippe Coutinho, this may well be why he opted to leave England in 2016, for a stage more befitting his style.

For Klopp, Teixeira’s progress at Vitoria would no doubt bring a smile, as one of the first young hopefuls to break through in his time as Liverpool manager has now found himself as a senior professional.