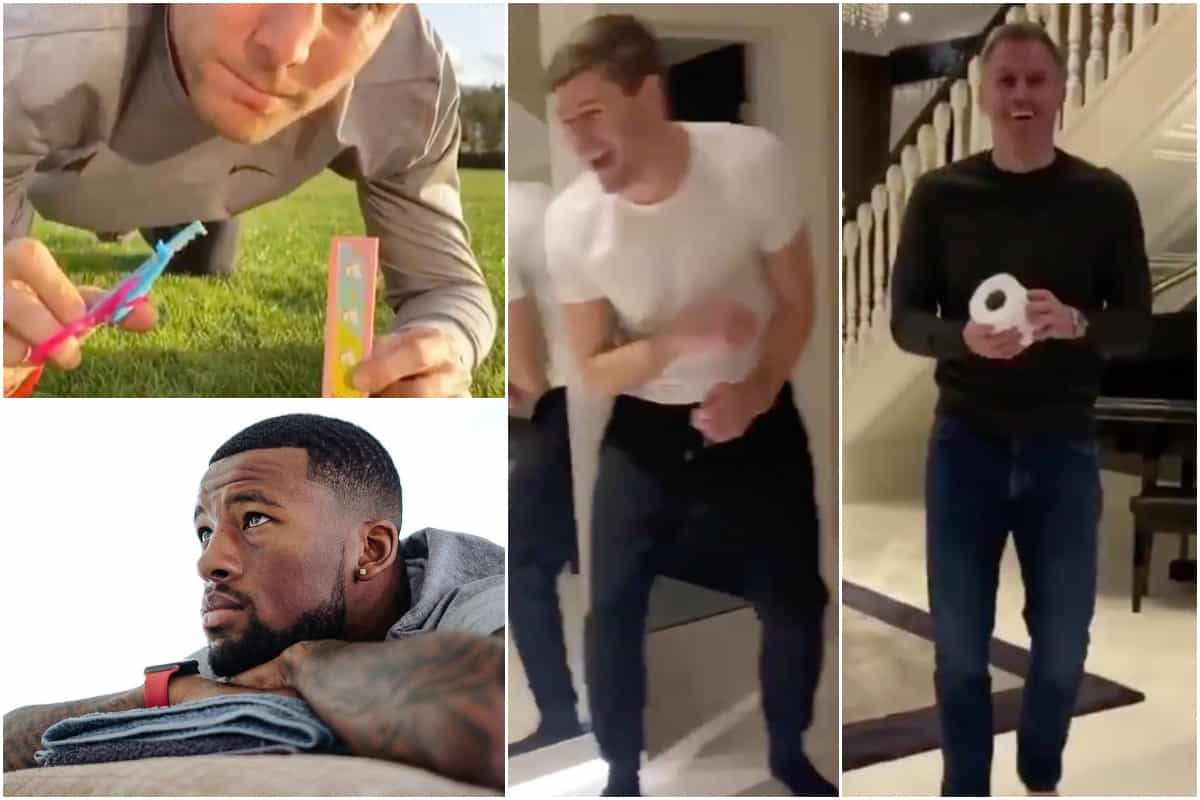 James Milner is clearly relishing the chance to flex his ‘creative’ muscle during the Premier League‘s suspension, with the Liverpool vice-captain taking a novel approach.

The Reds are currently not due back at Melwood until the end of the month, with the club restricting access due to the coronavirus pandemic.

A decision is yet to be made on how the Premier League will move ahead, with a meeting on Thursday morning set to determine their approach following UEFA’s decision to postpone the Euros.

It is likely that Liverpool’s next scheduled fixture—the trip to Man City on April 5—will not go ahead on time, and Jurgen Klopp‘s squad could be set for a longer spell out.

Their self-isolation has already led to some interesting ways to pass the time, with Milner responding to a dance routine shared by Alex Oxlade-Chamberlain with a video of ‘tea rationing’ on Monday.

And the 34-year-old’s latest post on Instagram has seen him trimming the grass in his garden with a ruler and a pair of scissors:

Now the tea bags are sorted I’ve got time to level out this lawn… wonder if I can borrow Anfield’s Keep off the Grass sign ? #onebladeatatime #productiveday #snipsnip ??

Milner clearly thrives off his ‘boring’ reputation, and Liverpool fans can expect more contributions from the veteran over the next fortnight away from training.

Andy Robertson, meanwhile, provided a callback to his star turn in the club’s advert for Chaokoh coconut water as he revealed his boredom at an extended break at home:

*When you’ve been in isolation for too long*

Wife: What shall we watch now?

Liverpool legends Steven Gerrard and Jamie Carragher took part in the latest social media trend, the #StayHomeChallenge, with the Rangers manager faring a bit better than his old team-mate:

Gini Wijnaldum continued his prolific run on Instagram as he counts the minutes away from football, with two more ‘motivational’ posts and a sensible take on the postponement of the Euros:

A lot of extra time for contemplation and putting things in perspective. How will you be spending these days?

Trying to find a peaceful state of mind ??

No @euro2020 this summer. Disappointing for the international fans and everyone involved, but it’s health and safety above all. Please follow all health instructions and respect the tough decisions necessary to keep you and other people safe ??

And Gini’s Netherlands colleague, Virgil van Dijk, delivered a message to supporters, saying “we must all look after each other in what are tough circumstances for everyone”:

I just wanted to send a message to say I hope everyone is doing OK in these difficult times.
We must all look after each other in what is tough circumstances for everyone across the whole world. Please stay safe.
We will be back!
You’ll Never Walk Alone. pic.twitter.com/Y4Ahbo9dNM

It is a tough time for most around the world, with many out of work or facing ill health, but there is certainly a place for these comic moments from the likes of Milner, Gerrard and Carragher.

No doubt there will be more updates from the Liverpool squad as their self-isolation goes on, with their time away from Melwood forcing them to get creative.