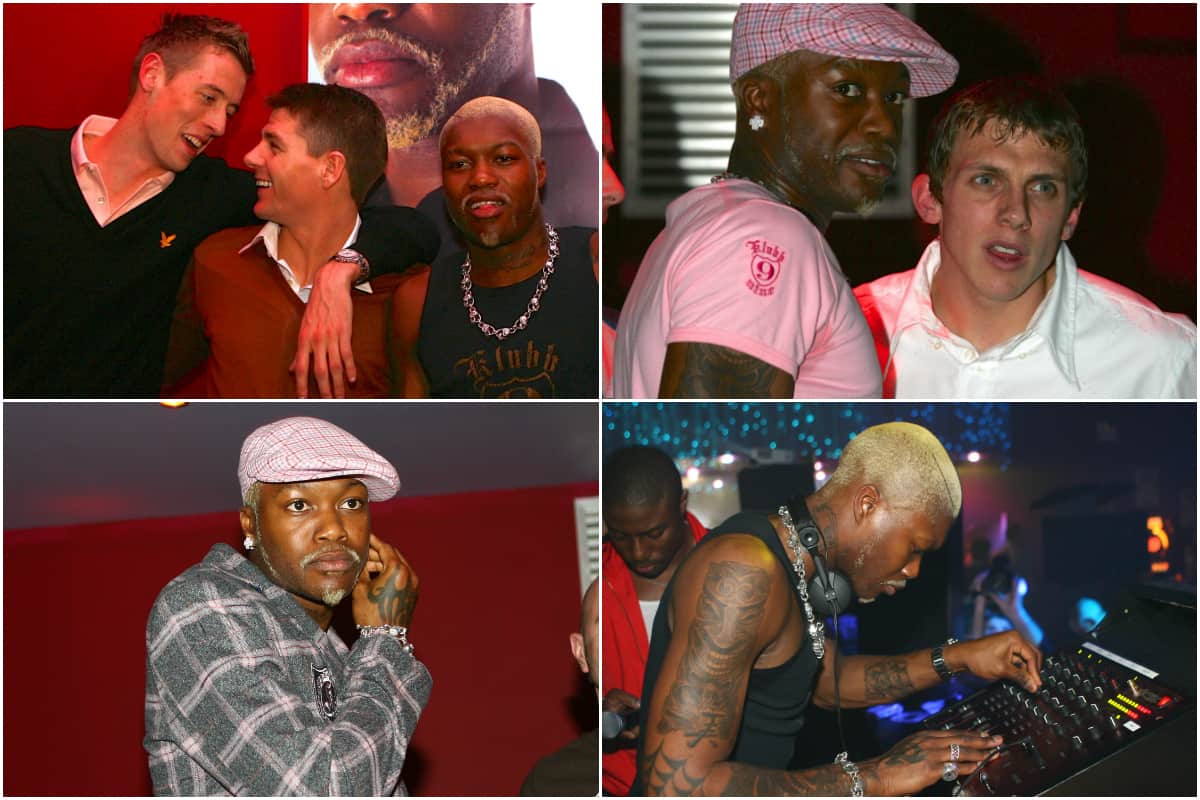 Back in 2006, Djibril Cisse was not only a prolific scorer for Rafa Benitez’s Liverpool, but also a budding fashion designer, as a series of throwback photos show.

Heading into the 2005/06 campaign, Cisse was a Champions League winner who had scored a vital penalty in the shootout that sealed the Reds’ triumph in Istanbul.

He scored 19 goals in 54 games that season, with only Steven Gerrard (23) finding the back of the net more regularly and Crouch (13) and Luis Garcia (11) the only other players to hit double digits.

That proved to be his last season on Merseyside, but Cisse remains a popular figure due to his trademark flair on and off the pitch.

Midway through the campaign, the striker launched Klubb 9, his own fashion brand, and held a launch party at Liverpool’s Club ISIS on March 25, 2006.

Fourteen years on, and This Is Anfield dug up a series of photos from the night, including the fresh-faced likes of Gerrard, Crouch and Stephen Warnock, along with Cisse taking to the DJ booth:

? #OnThisDay in 2006, Djibril Cisse launched his clothing range Klubb 9 and the photos from the launch party are…interesting!

Unsurprisingly, this caught the attention of the ex-Reds, with Crouch and Warnock both reacting on Twitter:

Imagine going to a ‘fashion’ launch dressed like me ! ??

The story behind Cisse’s stint on the decks was also revealed by Anton Powers, a DJ from Liverpool who at the time worked at 3 Beat Records:

Hahaha. I sold him loads of records in 3 Beat the day before this so he could play em. Sold him some random tunes !

In 2017, Cisse announced his retirement from football in order to put his “mind, body and soul” into a new career as a DJ, explaining that “up until now, the ball was my whole life.”

The style has certainly changed since that night back in 2006, and Crouch, Warnock and Gerrard are all decidedly sharper in their roles as pundits and manager respectively.

You should to see the ones that didn’t make the edit! ????

They will no doubt be hoping that the rest of the photoshoot never comes to light, as Propaganda’s Dave Rawcliffe revealed in response!