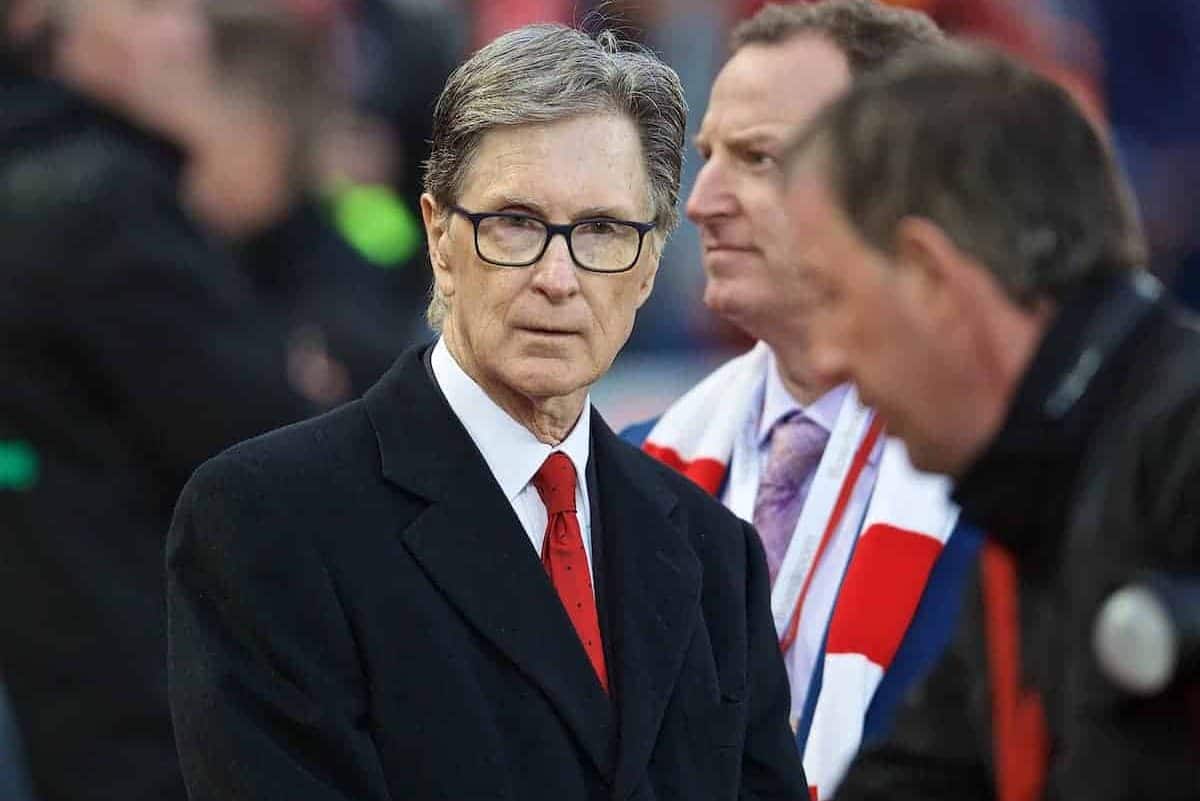 Liverpool owners Fenway Sports Group are allegedly considering branching out into Scottish football, with a businessman claiming they had proposed acquiring Rangers.

In their early years on Merseyside, concerns were raised over the influence of John W. Henry and Tom Werner on the Reds, and their Moneyball methods.

While it had worked in baseball with the Boston Red Sox, the data-driven recruitment strategy jarred with the more holistic approach preferred in football.

Now, they have ironed out the kinks, with trust placed in Michael Edwards and Jurgen Klopp, and Liverpool are one of the most powerful clubs in the world once again, six points off sealing the Premier League title.

FSG have been an undoubted success in England, and this may have inspired Henry, Werner and the rest of the company to branch out.

According to Scottish businessman Jim McColl in an interview with the Glasgow Times, FSG made a “recent” approach with a plan to take over at Rangers.

“We were approached recently to see if we were interested in looking at it again,” McColl claimed, having been part of a consortium that attempted to buy the club back in 2012.

“The people who have invested in Liverpool would be interested in looking at it with us and applying the same techniques.”

McColl stressed that he would “never do it,” but referenced the Reds’ lead over Man City this season in adding that “it’s nice to think about them being 22 points ahead of Celtic.”

It remains to be seen how accurate McColl’s claims are, but it is interesting to consider the prospect of FSG owning at least a stake in both Liverpool and Rangers.

There is little chance of there being a detrimental effect on the Reds, with FSG already balancing their duties between the Premier League champions-elect and the Red Sox, and it could be argued that it would benefit the club.

A clear tie between the two clubs has already been established with the appointment of Steven Gerrard as manager, with the Liverpool legend taking a host of coaches from Kirkby with him.

Ryan Kent, Ovie Ejaria and Sheyi Ojo have alll spent time on loan at Ibrox over the past two seasons, too, though the muted fortunes of the latter pair in Glasgow could prompt the Reds to reconsider any further dealings.

UEFA rules state, however, that two clubs operating within the same club competition cannot be owned by the same entity, which would pose an issue with Liverpool, Rangers and the Champions League.

But the likes of Man City, Watford and RB Leipzig have similar ties with other clubs, indicating that there are means of circumventing this within the current ruling.