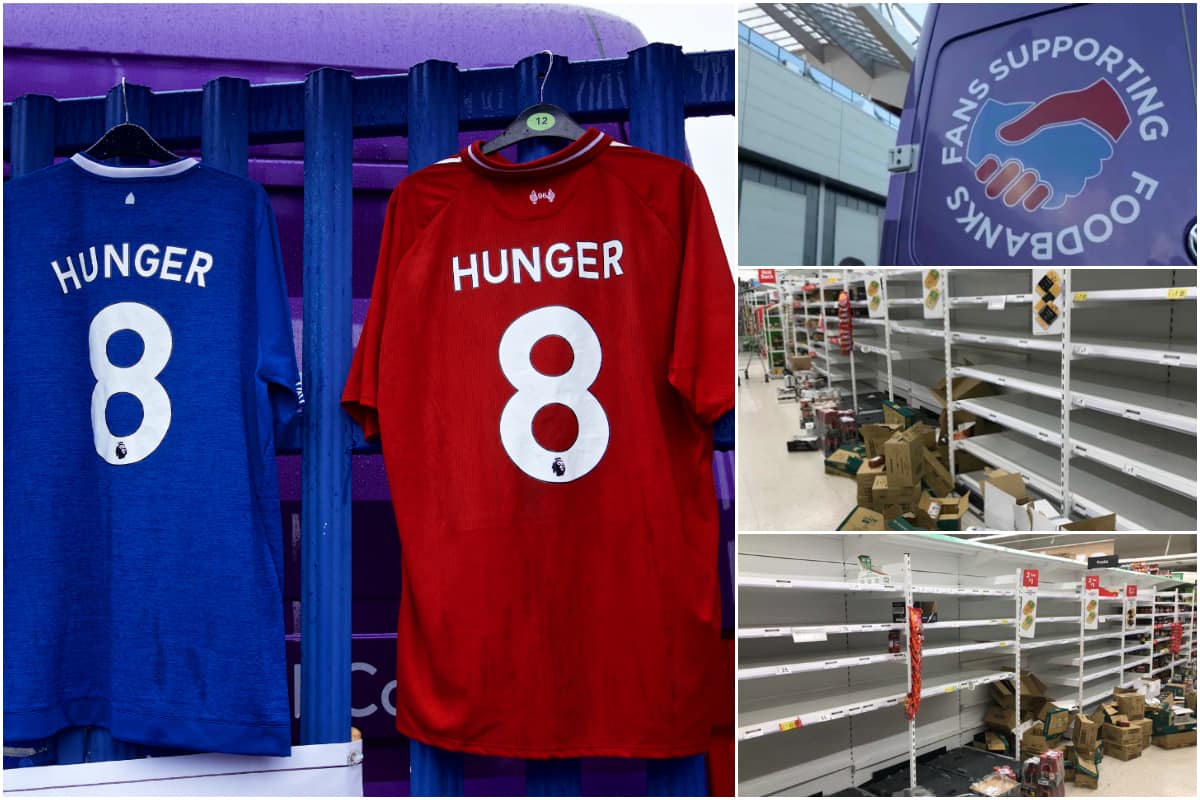 Football may have rightly taken a backseat for now, but this has not stopped the work done by those fan groups and organisations whose initiatives help communities living in the shadow of a football club.

A lot of the work done by these organisations does not stop when football stops. Whether that be for a few days between games or, as is currently the case, what could be a few months between games.

One immediate concern beyond the prevention of the spread of the coronavirus itself are basic provisions such as food and groceries, which is where Fans Supporting Foodbanks comes into play.

You only have to make an ill-advised trip to a supermarket to witness how the system is struggling in this time of crisis, and how people are not helping by panic buying which then starts a chain reaction of panic buying with the end result being that some have to go without.

Needed to do a normal shop, gone now to avoid as much contact as possible. The UK has gone mad.. pic.twitter.com/1SxMQRQoVR

It’s like watching a grim episode of Supermarket Sweep in real-time, in real life.

Where once people posted pictures of football stadiums, food in restaurants or of the great outdoors, they are now posting pictures of empty shelves in supermarkets.

Empty supermarket shelves might once have been the subject of some obscure Tumblr, but they are now all over social media as the panic-buying frenzy takes hold.

If people who can afford food are struggling, then imagine how the most vulnerable members of the community are coping.

At a time when even those whose living circumstances and health are not under threat feel desperate enough to hoard food, fewer people will be donating to foodbanks, and without the collections at matches—which contributed 25 percent of the donations to North Liverpool Foodbank—there will be fewer opportunities for football fans to do so easily. 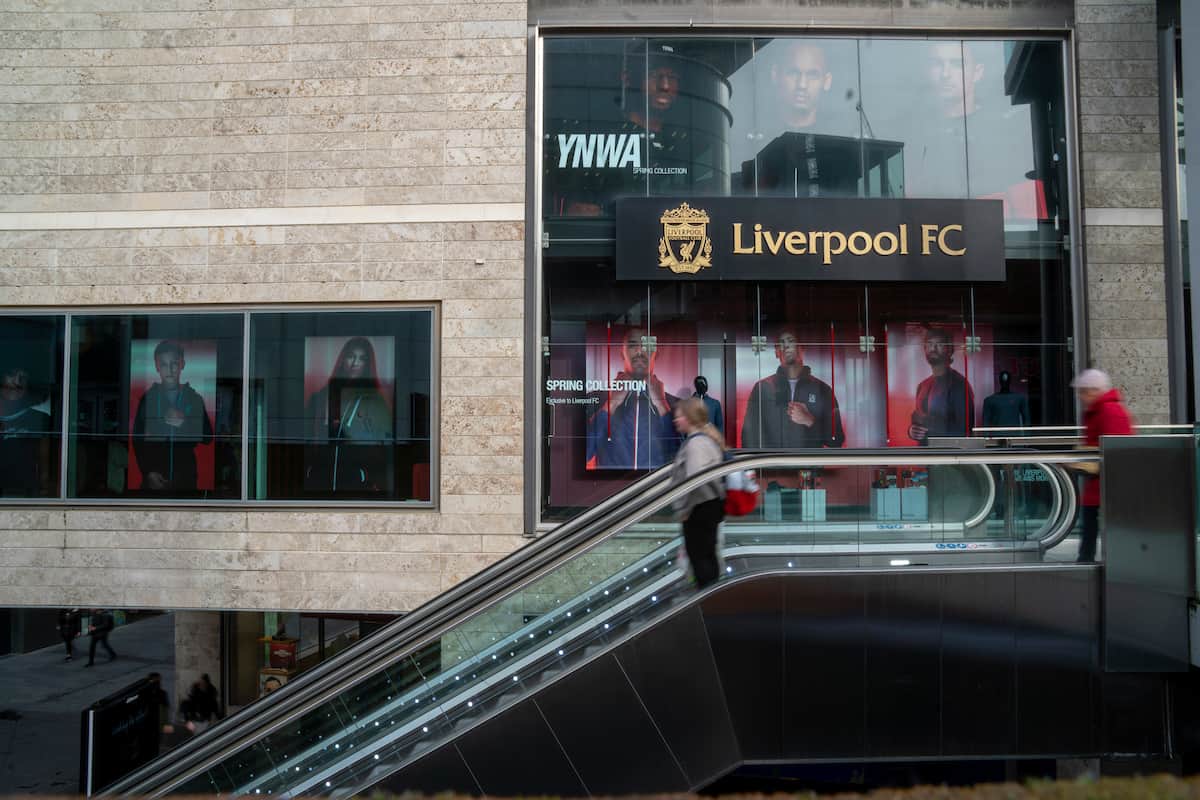 Byrne replaced Stephen Twigg as the MP for Liverpool West Derby at the last election, in December 2019, gaining 78 percent of the vote. Byrne is also a Spirit of Shankly member and is now using his background in these issues to give those he represents a voice in parliament.

“We now know that austerity was a political choice,” Byrne said during his maiden speech in Parliament. “And I know the human cost all too well.

“In 2015 I teamed up with my Evertonian mates Dave and Robbie to co-found Fans Supporting Foodbanks, a grassroots initiative that puts football fans at the heart of the fight against food poverty.

“What started with three fans standing with wheelie bins collecting tins of food outside the pub on matchdays now supplies 30 percent of all donations to north Liverpool foodbanks and has become an operation that stretches from Glasgow, to London, to Dublin.

“We’ve united people of different backgrounds, different faiths, and even people who wear different colours at the game.

“Our problems weren’t caused by other working-class people, but a rigged system propped up by the born to rule elite who only represent the interests of the one percent.

“A system that means 1.6 million people need help from a foodbank in one of the richest countries on earth.”

Given so much of this was based around the matchday, and the matchday no longer exists, donations of food have needed to come via other means, and with so many people self-isolating this has proven even more difficult.

We wish we could help everyone right now but we have very limited resources.

We have free sandwich meal deals for anyone in L8 who is home with kids & the elderly.

If any food outlets have excess food please get in touch. pic.twitter.com/yVwTVqFxLA

The clubs themselves can continue to help, though, and Everton and their food supplier sent all the produce which would have been available at Monday’s Merseyside Derby to foodbanks.

Everton in the Community, the club’s official charity, are offering support on issues relating to foodbanks, as well as money management and general welfare, particularly for elderly or other vulnerable members of the community. 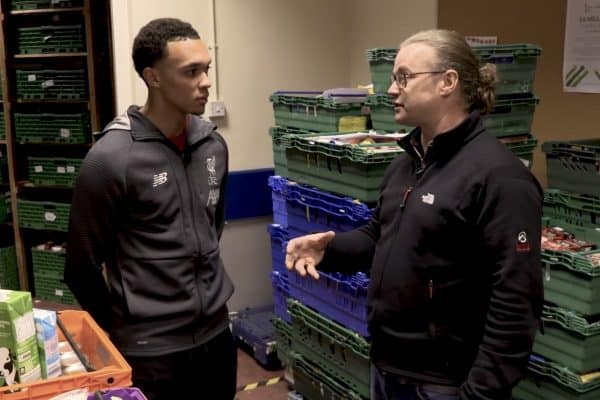 Liverpool have also contributed to the local foodbanks and will donate £10,000 to the North Liverpool Foodbank for each of the four remaining home games, adding up to a £40,000 donation provided jointly by the first-team squad and the LFC Foundation.

“The postponement of Premier League matches, particularly the Merseyside derby, means a potential shortfall in donations to the North Liverpool Foodbank—and as a club it is imperative we support its crucial work in the local community even further at this difficult time,” said LFC Foundation director, Matt Parish.

“We hope the collective backing of the club’s first-team players, LFC Foundation and Red Neighbours programmes, and staff, can help to alleviate concerns around the absence of the usual matchday collections.

“Our fans have consistently gone above and beyond in their backing for Fans Supporting Foodbanks in recent years and we would encourage anyone who is able to make a donation at any of our collection points or via the online fundraiser.”

One of the many problems that foodbanks are currently facing is that many of their volunteers are in the higher-risk age range.

The biggest network of foodbanks, which includes the North Liverpool Foodbank, is The Tressell Trust.

You can sign up to volunteer for a foodbank here, or make a donation to the North Liverpool Foodbank via St Andrew’s Community Network here.