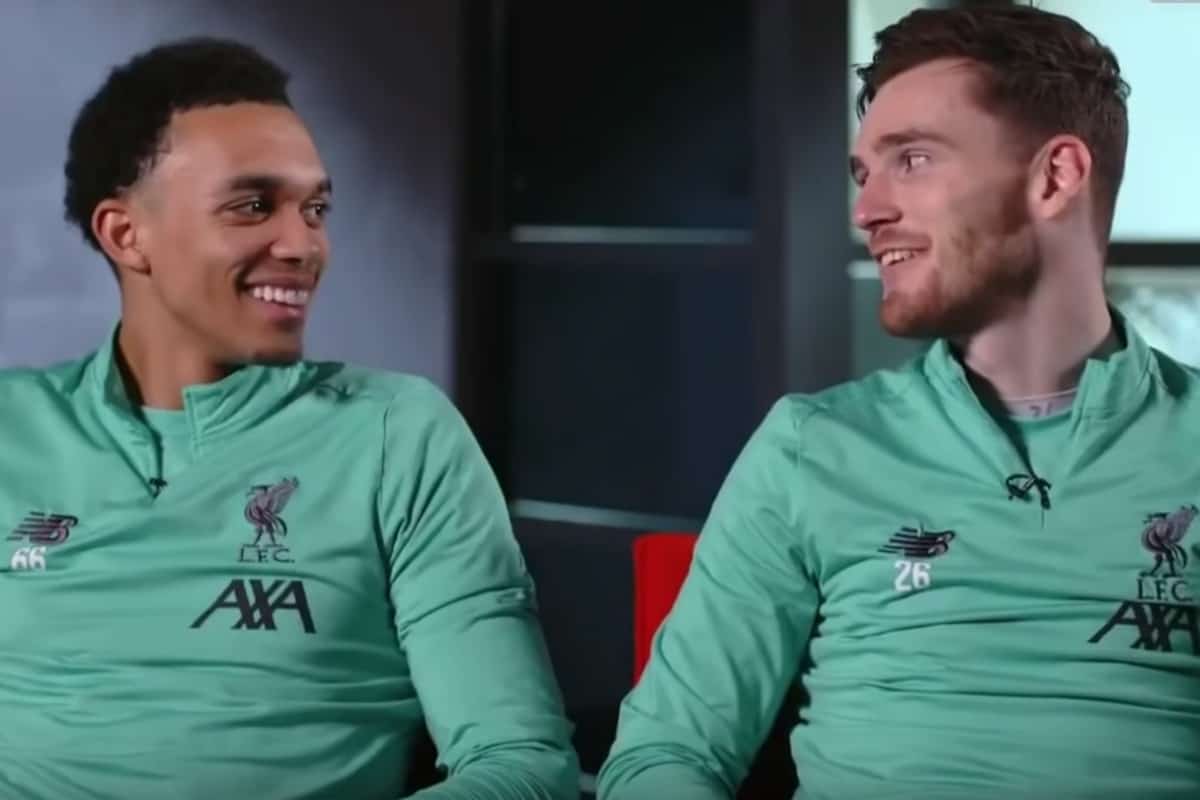 Trent Alexander-Arnold and Andy Robertson have a unique and competitive relationship and they’re known for bickering from time to time, as it shows in a game of Teammates.

The duo have long engaged in a friendly rivalry on and off the field, with the battle of assists and goals dominating on it which leads to a war of words on social media.

It makes for entertaining viewing and the pair recently engaged in a debate over free-kicks on social media during isolation in what was a much-needed pick me up during uncertain times.

But prior to football and the world coming to a halt, the duo took part in beIN SPORTS’ Teammates challenge where they revealed which of their Liverpool teammates, among other traits, is the smartest or funniest.

It went exactly how you would expect when you put the two close together and ask them to agree, with knowing looks, in both agreement or disagreement, ever-present.

Robbo was quick to identify Alisson as the club’s smartest player, following the departure of the obvious choice in Simon Mignolet, from the basis that the Brazilian “looks” clever and that he can speak multiple languages.

But the Scot quickly threw Liverpool’s No. 1 under the bus when assessing his ability to dance, saying he’s a “bit stiff” in comparison to his national compatriots.

It came after the left-back was quick to dismiss Trent as the club’s best dancer, saying: “Don’t even try to say yourself. You can’t dance.”

It led to one of many looks of disbelief from his fellow full-back who was equally sceptical of Roberto Firmino’s “louder” and “multi-coloured” dress sense, while Divock Origi seems to own an infamous “purple jacket” which now needs to be seen by the wider public.

The game comes to a close with who they think is the best full-back and Robbo quickly turns serious, but you’ll have to watch until the end to see how the pair react to the question.

With a need for entertainment during this period of isolation, this is just the ticket to get a much-needed Liverpool fix.