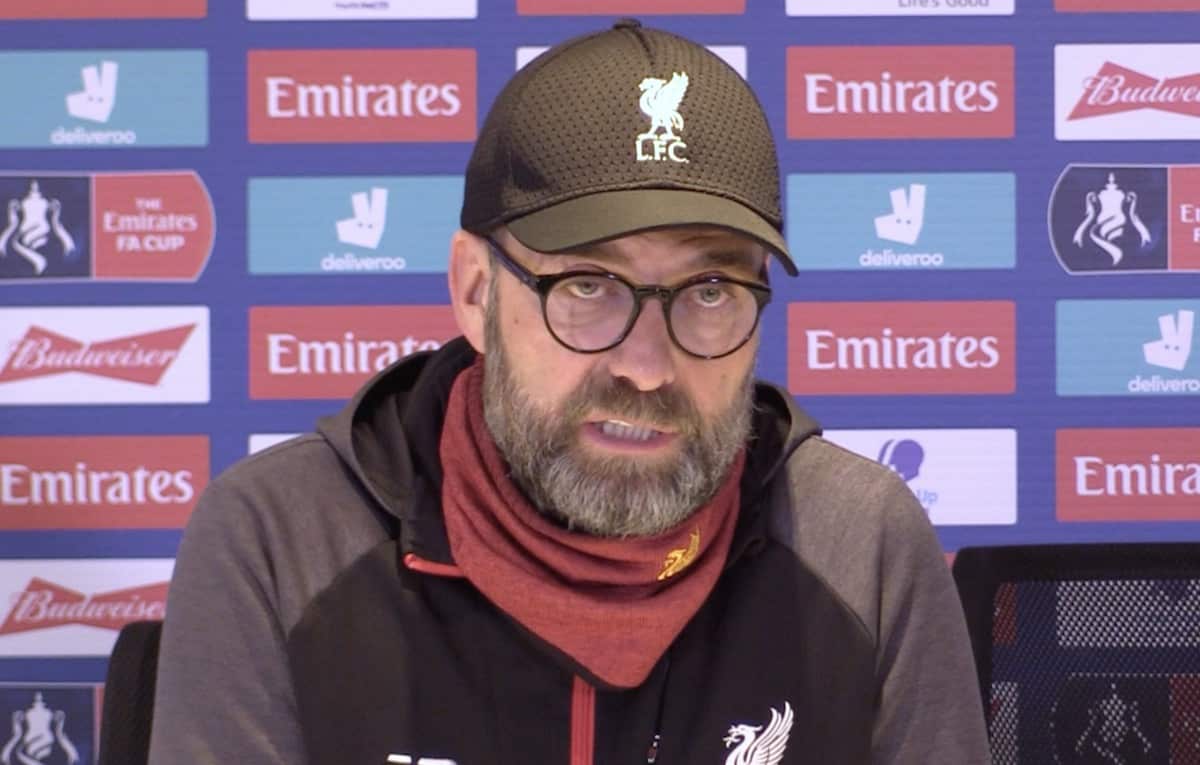 Jurgen Klopp insisted he was not “concerned” over Liverpool’s performance in the 2-0 FA Cup defeat at Chelsea, with the “little things” proving to be the difference.

After the first defeat of the league season against Watford over the weekend, Klopp and Co. instantly urged for a response.

It all but fell on deaf ears, however, as the Reds failed to land a glove on Chelsea, who capitalised on two poor pieces of defending to inflict a third loss in the last four games.

Willian and Ross Barkley proved the difference and if not for Adrian denying both Pedro and Olivier Giroud, the scoreline could have blown out beyond 2-0.

Speaking to the media after the game, Klopp felt the result was “relatively easy to explain” as two errors proved costly on an evening which did not leave the boss concerned, despite the lack of another clean sheet or even a glimpse at finding the net.

“Losing 2-0 is not good but in this case is relatively easy to explain,” he said. 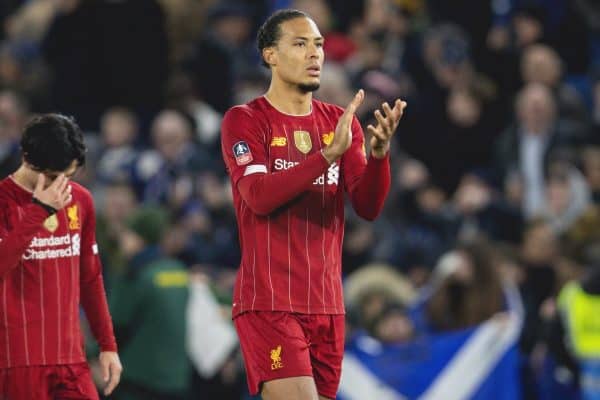 “We made two massive mistakes around the goal. Adrian made a super save a few seconds before and then it’s a really good shot from Willian, but we lost the ball before that.

“It was a super intense game and we had our chances. Away game at Chelsea, we won a tight game here earlier this season, the second goal was a difficult one to take. It was a really, really physical game and we couldn’t score.

“The performance was not bad. It wasn’t like Watford. Tonight was a super intense game. A lot of sprints, a lot of spaces in midfield. You need accelerations constantly. That performance tonight, I’m not concerned about. But we made mistakes.

“The facts are there [for not scoring],” he added. “It’s much more easy to explain when you win compared to when you lose. I haven’t got much argument. The numbers are not cool. It’s little things, but they make a difference.

“But I don’t sit here and think the way back to when we score goals and don’t concede is a hundred miles away. It’s not. We need to show a reaction like we have done before.”

And the time for that reaction is against Bournemouth on Saturday before another all-important clash against Atletico Madrid at Anfield.