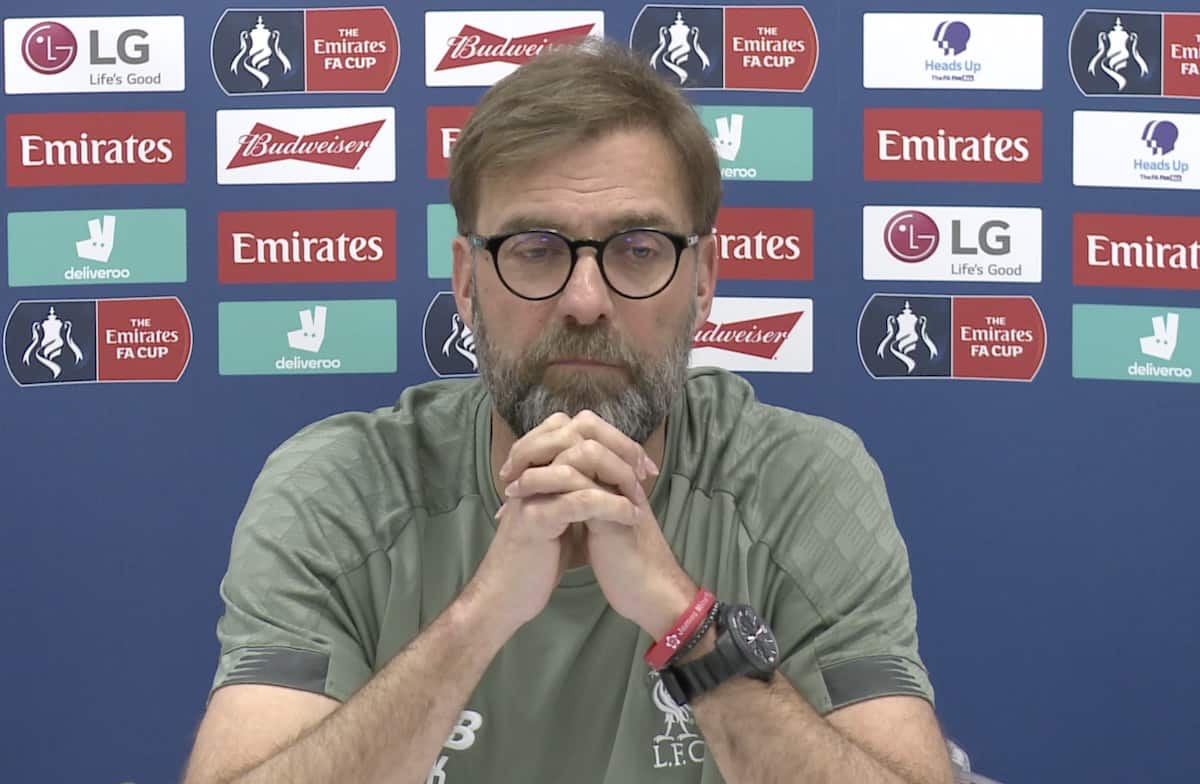 Jurgen Klopp discussed Dejan Lovren‘s form, the aftermath of losing to Watford and the chances of rotation as Liverpool prepare to head to Chelsea for the FA Cup.

The Reds’ trip to Stamford Bridge comes in unfamiliar circumstances for the season, as they focus on the FA Cup after losing two of their last three games.

Their most recent defeat came with a 3-0 shock away to Watford in the Premier League, and fans are hoping for a swift response as Liverpool turn out in the fifth round of the FA Cup for the first time in Klopp’s tenure.

One of those to particularly struggle at Vicarage Road was Lovren, who made his first league start in over two months and found himself too distracted by an individual battle with Troy Deeney.

But Klopp defended Lovren’s contribution in his pre-match press conference on Monday, indicating that Liverpool suffered due to a formational issue, and their failure to battle for second balls.

Elsewhere, he offered his congratulations to Neil Critchley on his departure from the club to join Blackpool as manager, saying “it’s a nice challenge for him” and that “it shows it’s possible you can make your way as U23 coach as well.”

He explained he would not be fielding as young a side as Critchley was forced to in the fourth-round replay against Shrewsbury, but said “for sure there will be boys in the squad.”

Two of those likely to come in from the senior ranks are Joe Gomez and James Milner, who are back fit, while Lovren could feasibly keep his place too.

It was an interesting press conference from Klopp, who also spoke on the end of Liverpool’s long unbeaten run and rumours of coronavirus threatening their title bid.

Kickoff at Stamford Bridge is at 7.45pm on Tuesday night, with this being the Reds’ third meeting with Chelsea already this season.