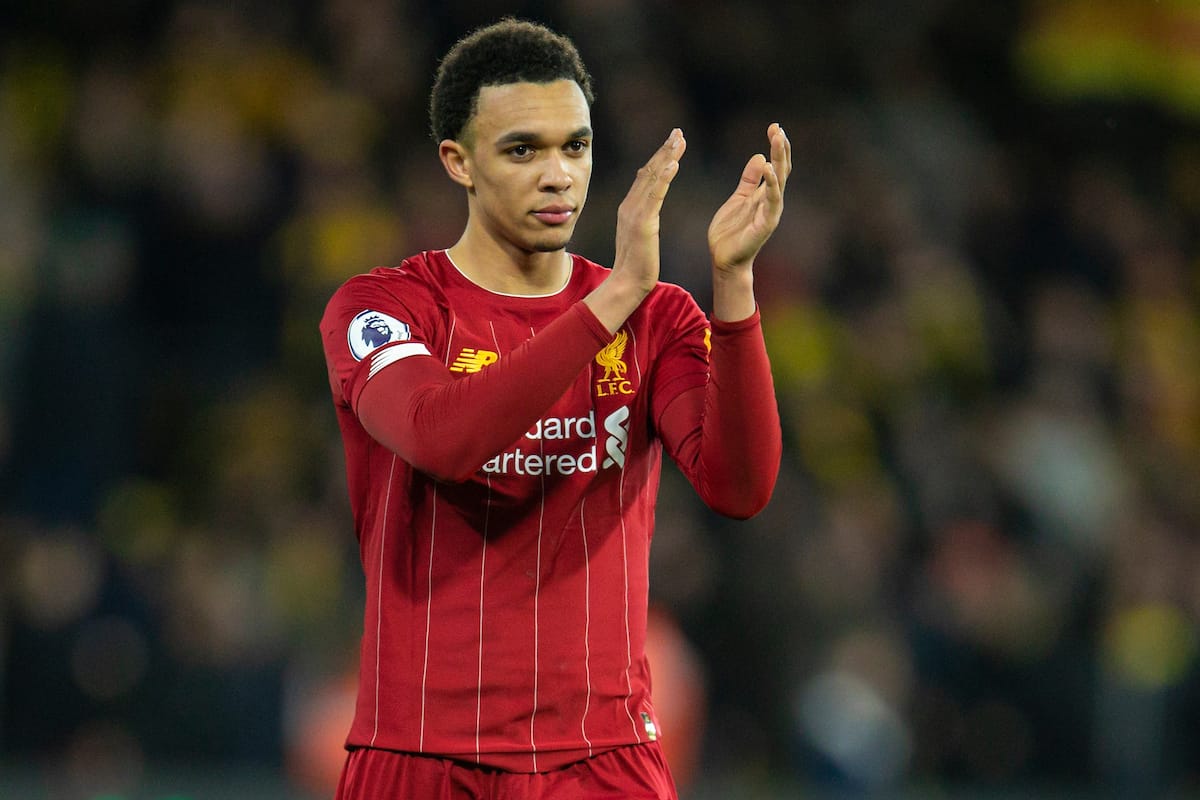 Liverpool were abysmal in their shock 3-0 defeat away to Watford on Saturday, with no individuals coming away with any credit.

The Reds went into the game as strong favourites, but the night ended in sheer misery, as their long unbeaten run came to an end.

Ismaila Sarr scored twice in the second half to stun the visitors, before Troy Deeney put the icing on the cake after an error from Trent Alexander-Arnold.

Liverpool were poor from minute one, as they continue to stutter in terms of performances after their winter break. 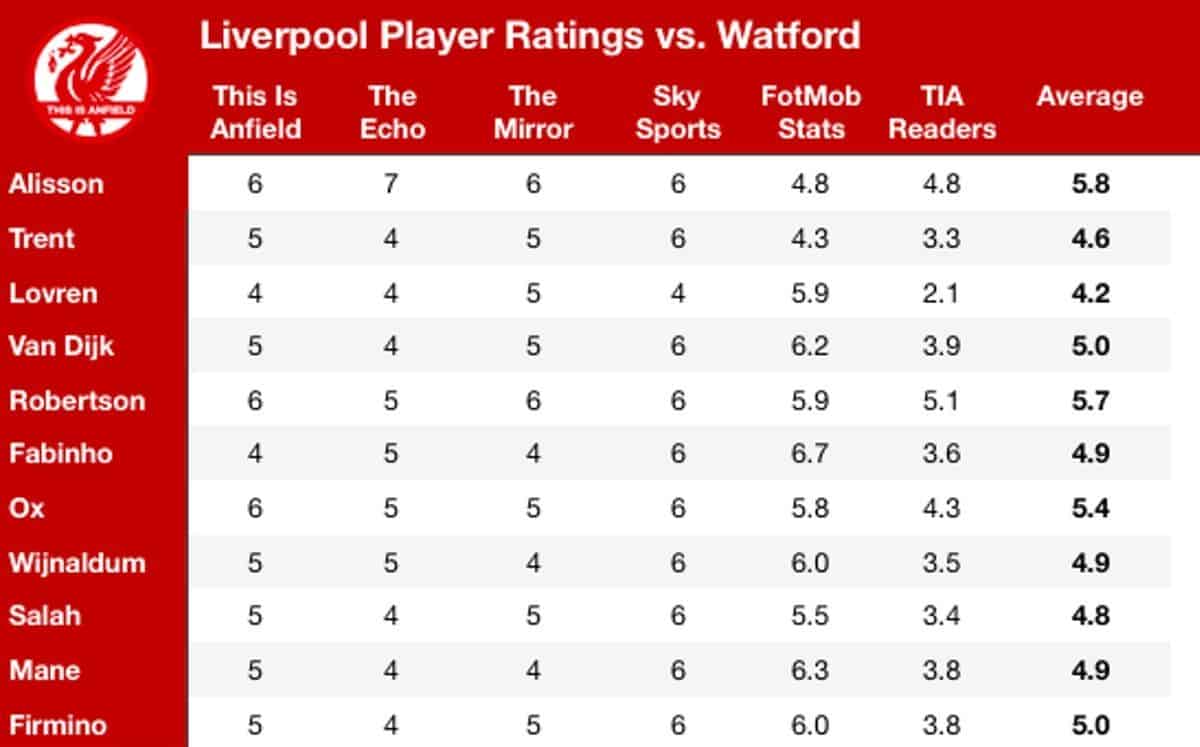 The performance was so bad that it would be wrong to single anyone out as the ‘best’ player at Vicarage Road.

Dejan Lovren (4.2) was the worst-rated after an error-strewn display—one that highlighted why he is no longer a regular starter.

TIA’s Jack Lusby highlighted how the Croatian was “targeted by Deeney throughout,” also noting that “it was a surprise that Jurgen Klopp kept him on.”

Lovren was far from the only terrible performer, however, with Alexander-Arnold (4.6) up next.

Ian Doyle of the Echo bemoaned the fact that the youngster was “sloppy defensively,” while the Mirror‘s Mark Jones called him “desperately poor,” particularly for Deeney’s goal. 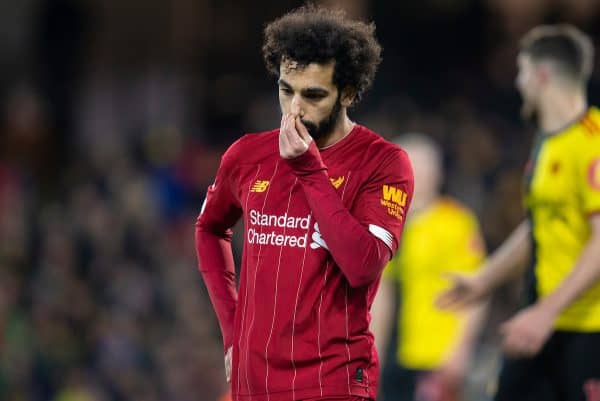 An anonymous Mohamed Salah (4.8) was rated as the third-worst, as he completed just 58 percent of his passes, according to FotMob.

Alisson (5.8) and Andy Robertson (5.7) were arguably the only players to come out of the game with any credit.

Doyle was quick to point out Alisson making “good saves from Deeney and Sarr” and Lusby felt Robertson “showed tenacity and determination,” trying to make things happen down the left flank.

Liverpool are on FA Cup duty next, with a fifth-round trip to Chelsea to look forward to on Tuesday evening.

Expect to see a mix of youth and experience on show at Stamford Bridge, as the Reds look to reach the quarter-finals for the first time under Klopp.