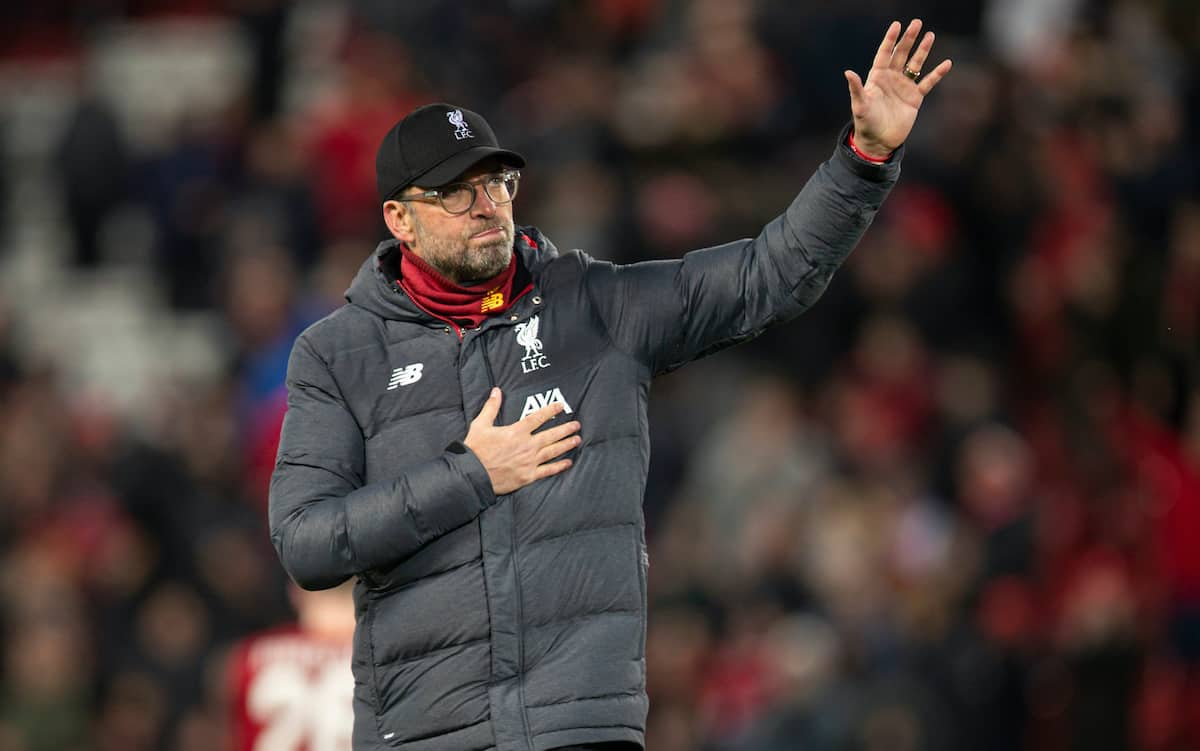 Jurgen Klopp has reiterated that the return of the Premier League cannot be forced as it “is absolutely not important”, but recognised the power it can have.

The boss has been firm in his ideology that football is “the most important of the least important things” and with no scheduled return for English football as of yet, he was clear that there remains no need to force the issue.

With lockdown in the UK revised until May 7, at the earliest, dates remain tentatively pencilled in – with May 18 reported as a date to return to training, under strict guidelines, with fixtures to pick back up in June.

In Germany, meanwhile, the German Football League received backing from the government to restart their top two divisions behind closed doors “at the earliest from May 9.”

And Klopp, who remains in “close contact with people” in his home country, revealed that “they are all very optimistic they will start in May.”

For the manager and everyone else, the Premier League‘s resumption rests on the national government and as football is “absolutely not important” at this time, the issue must be pushed through.

“Here I have no connection to these kinds of people but we know what we want,” Klopp told Sky Sports.

“The first thing is that everybody is safe and healthy, but at the moment when it’s possible to start training again then, of course, we will do that.

“You see we are all at home, we are all isolated and if we have no cases and stuff like this we can train in groups of two or five, six or eight, or however they did it in Germany, and respect all the other rules.

“But I’m not sure when that will be possible. We have to wait for the government, like everybody, and developments.

“We cannot force it and we will not. It is absolutely not important.

“If football can help in some departments with lifting the mood and stuff like that and giving people something to think about and to deal with it in a different way then we have to start training at one point – but I don’t know when it will be.”

With football acting as a form of escapism, its return would no doubt lift the spirits of many, but there are countless moving parts and as the boss stressed it can only be done once it is deemed safe.

But when the time is right, the Reds will be raring to go.

“We are now at the end of April and we still did not start again and whenever we can play again, we will not give up that’s the only thing,” he added.

“The moment it’s allowed to concentrate on football again for us then we will do that and we will try our best again.”