Liverpool’s Spanish goalkeeper Adrian has revealed his happiness at how his move to Merseyside has gone, highlighting the togetherness in the squad and why he feels at home at Anfield.

The Reds opted for Adrian to replace Simon Mignolet as understudy to Alisson, bringing the veteran in on a free transfer from West Ham.

Adrian, now 33, had plenty of other offers to join clubs before the Reds came in for him, but confidence in his own game that he would receive a top move saw him hold off last summer, training without a club and keeping faith that being patient was the right decision.

Speaking to the club website he revealed he turned down moves as diverse as from Turkish, Mexican and Saudi Arabian clubs, all of which he opted to make wait.

Then Liverpool came calling—and within 48 hours he had signed. Was it the right call? In every conceivable way, says our No. 13.

“This club has totally exceeded my expectations,” he said.

“I think coming here was the perfect decision at the perfect time, to come to the best team in the world right now. I am really happy I took that decision, to have that patience in that moment of the summer and to be here.” 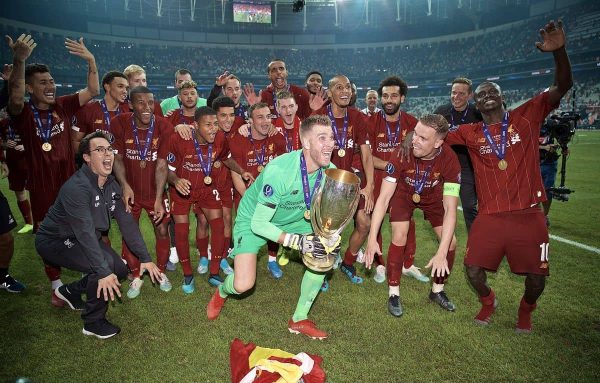 There are many parts to that answer, with a big one of course being his role in winning the UEFA Super Cup near the start of the season.

A few injuries and absences for Alisson has handed more chances than expected for Adrian, but he says the entire goalkeeping group are a tight-knit collective.

“We spend a lot of time training together. As you know, we have different coaches with John and Jack and we have four of us – Ali, Andy, Caoimhin and me – training hard from the beginning.

“Goalkeepers, we are a different animal! We train alone for a long part of the session, we share a lot of conversations and opinions about goalkeeping stuff.

“So we have to be really close to each other and obviously that feeling we have in that moment is great because everyone is pushing by their quality. The feeling between all of us is outstanding.”

That morale and togetherness isn’t just limited to the ‘keepers, with the Liverpool squad as a whole noted for being welcoming to new faces, having an excellent work ethic and putting the team before the individual. 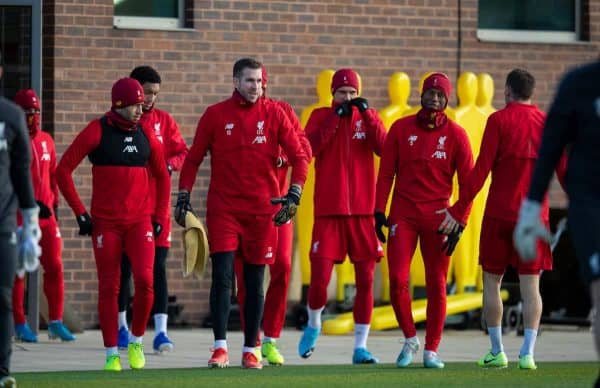 It made it much easier for Adrian to adapt and to reach the levels of professionalism expected, and while everything is focused on achieving success, Adrian is aware enough to note he has a fantastic position—the “best job in the world,” in fact.

“It was really easy to adapt to the way the team do things outside the pitch because we have a great dressing room. People can see big names but everyone is a hard worker, no-one feels like he is bigger than the others.

“That’s the first and most important feeling of the dressing room.

“I look forward to work every day. I love football, I love to do goalkeeper stuff. To be a goalkeeper you have to love to be in goal, love to dive, it doesn’t matter what the weather is doing – if it’s raining or not, windy or not!

“I think it is the best job in the world because we are doing something that we love, and obviously I am still looking for more in training, and to play more games and more seasons.”

While obviously a step down from Alisson, who is one of the greatest goalkeepers in world football, Adrian has played a notable and full role in the team’s successes this term, including early-season wins in the Premier League which set the Reds on the path to a title success.

It has shown the value of perseverance, patience and trust—and another good call from the club in signing a player whose character matches the rest of the squad.